This total transformation mod (not following Fallout lore) aims to bring to life anarchist utopias after Global meltdown. It takes place in eastern part of former Canada and United-States. The game is a bilingual (french & english) single player non-linear RPG. It can be called a radical camping simulator or a positive post-apocalyptic game. The world has been challenged by the Sum of all heavily anticipated catastrophies. Humans survived and organised themselves according to a mix of anarchistic, aboriginal, technological and nomadic ways of living, mostly driven by anarchist ideas (anti-domination, direct democracy, freedom and autonomy). In-game, "Sum" refers to the sum of all catastrophies, a cult, a currency and mispellings of words "son" and "sun". The Sum (french version : Nous Aurons) is an art project created by the french-canadian artist Hugo Nadeau (www.hugonadeau.com).

The Sum Demo V3 (fr/en) Complete version - No installation required. Place anywhere and execute one of the two .exe. * The bug at the beginning of the game (character appearing on a black map) has been fixed. Report bugs and post your suggestions in the "Articles" section please! 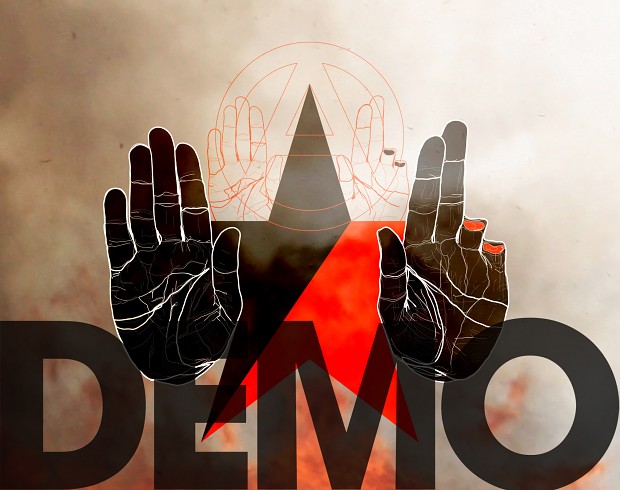 New demo version on the way this month! With new armor/weapons system, 300+ new objects, and more!

Man please not stop the project, this is the best mod for Fallout tactics that i ever seen.

Superb! I assure you I will not! Third demo version is very close and so much better. It is taking more time that expected but is much way bigger than I planned at first and I am working hard on it, be patient. I would be very quicker if I was not having fun with the editor and sometimes playing with the AI of monkeys in a monkey inhabited village, but, you know how it work sometimes, when you have an idea you forget about the rest of your mission...

Oh that is great man is very grateful when you can enjoy your work while you are developing it. I will be patient with the SUM because there is not doubt that the Sum is the most innovative and original mod for Fallout tactics.
PD:Excuse my bad english.

Very happy to hear that! And if you have some suggestions on the way, please feel free to ask anything that you would like to see in the mod! I try to implement everything that is feasible in the spirit of the most simple possible game and interface. It is a challenge to make some very radical changes due to many hardcoded sections, but really easy for some artistic features, inventions or story ideas.

Great man i know that your work is very difficult, but a suggestion that i have for the Sum is maybe implement a little system for customize the weapons. For example customize the quantity of bullets that a weapon can use. Hehe maybe is very difficult but if is possible it would be great my friend but no problem the mod is awesome.

He wait untill you try the weapons! They are not customizable, as it would take so much time to do and it would be very hard to not do all of them, but there are a huge amount of weapons and all base damage will be used differently in the game (bullets, blows, knife cuts, explosions, gaz & electricity damage). Leather armours will be the king against punches and melee hits, relatively good against electricity, poor against bullets and knives, mixed armors semi-good against everything, and power armours and other metal armors will be totally not effective against electricity, not so good against blows but perfect against bullets, knives and gaz. So... There will many many pistols, rifles and so on, but also high area gaz weapons, anti-riot weapons, slingshot pistol, slingshot rifle, 3-4 different acid sprayers that can be used with scavenged batteries, more shivs, 3-4 kinds of firethrowers, dozens of knives, so the idea is that the player will have to often switch weapons in order to be effective rather than use his/her favorite weapon for a long time.

Oh ok my friend the system of weapons will have many options of combat that is nice. Keep going on with your work :)

Hi there! Demo V3 is ready!!! I just need to write down some ending texts both in french and english and also convert the mod to MOD MANAGER and it will be available to all!!! I guess it can be done tomorrow or the day after. When you'll try the demo, you will find some pretty cool updates, like every community now show buttons that let you add recruits based on your Barter level (the highest your barter skill is, the more recruits you can get and also the highest levels you have access too. So a very low level char with 100% barter could easily recruit a high level warrior from the beginning. At this time, there are a maximum of 4 new recruits per community, that means 100 recruits in the game. In the future, very high barter main characters (125%+) will access some bonus, like recruiting powerful robots that don't need to eat and can be replaced if killed, or special unique other characters and/or animals. Also, some recruits will have keys on them that give you access to their house as long as you have the recruit in your pool. Some recruits, like animals, may have some other requirements, like a high survival skill. You will also notice that guns are getting really harder to find. That is because some areas in the game (military bases, government buildings, bunkers, ex combat zones) will contain A LOT of guns and traps, so I am trying to make the guns act more as rewards to exploring the game.

Hi there, Oh man awesome, this month I will be very happy with the new Demo of the Sum MOD. Recruit robots is a very nice option for make a powerful group of recruits in the future.

Some of the old game missions also are (will be) back in the mod with a new (more simple) narrative if you want to live huge fights to gain control of a town that just don't want you there or something similar. At this moment, the third mission of tactics (raider camp) and Quincy mission are starting to appear back in my mod. Some fights with robots (specially anti-riot still active police force) are also to be expected. More old missions are to be put back in the future with most of their original triggers...

Mod ready! Some more days to include it in Mod Manager and it will be online. I just finished including some main endings texts, false endings (the game ends but you have to continue...) and also some deadly endings...

Really sorry for that HUGE time I took before uploading the new version! This is the most recent V3 french & english version here. More complete than ever before. Have fun trying it!

This is the LATEST demo available (VERSION 3). Enjoy! Please report all your bugs in the "Articles" section.

In new demo some starting locations are totally black (no graphics), also some dialogs in english version are in francois.

For people that downloaded the game before I fixed the bug, please refer to the "Addons" section for a game fix.

this encounter (imgur.com/BHodeYv.jpg) is bugged. when you enter your chars not appear on map, also they dissapear from interface.

Thanks a lot for that info. Do you know about where on the worldmap that happened? It could help me to debug it. I found two of theses locations lately. I still have bugs with the random encounter because I can't really test them one by one easily, but the core map I can.