The Sword And The Axe

Hello and welcome to Viking Age Scandinavia! The Sword and the Axe is a mod for Mount&Blade: Warband and it focuses on the region of Scandinavia circa 860AD, at the height of what is commonly known as the "Viking Age". Warring kingdoms, ruthless raiders and a massive Frankish Invasion await you. Enjoy!

Add file The Sword and the Axe 5.0

The 5th version of the mod. Direct successr to 4.5, it enhances many textures, changes -mostly visually- the troops, adds many items and fixes a bunch of typos. 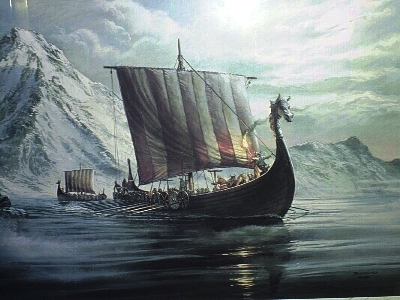 sambob: To sambob, I am sincerely sorry, my friend I pressed delete comment by mistake, instead of Reply. Please excuse me!

As for my answer, the mod should work with version 1.153 and up.

volkoling: again, sorry, it seems I deleted your comment too, I am without excuses. Major facepalm. :(

its fine, I must say that this is the BEST version yet so far... I love how all the troops look and how all the armor and weapons look, I thought I was just gonna test it out for a little I didnt know I was gonna be sucked into a 2 hour playthrough already XD

I'm afraid to comment now xD The delete is real! (?) You are on a rampage, sir! Thanks for the new version btw. I'm gonna try it right now ;)

So sorry about that. :(
But it's a good thing I have read and was able to reply.

Loving the Mod. Thank you so much :)

Thanks for your reply, Antonis9.

Am currently running a previous version on WB 1.143; it looks like this won't

A very good mod! There is some confusion with some of the companions' gender tho.

Yeah, I forgot to change the companion lines, I will upload a patch soon!

I'm thinking about installing this mod. I've played and beat so many mods and am ready for something new. Do you think that your mod could give me that?

Well, I don;t know friend. I designed it to be so, but it may be different for everyone. You should try it, though. There's always the option to just delete it if you don't like it, but I really hope you will like it. :D

Any chance of changing the font? It looks cool and it fits well with the theme but it gives me a headache when trying to read it

Go to the main page of this mod- there is a tutorial re: changing the font.

Uhhh got it, perfect, tanks sambob

I'm sorry to bring this here, but I'm eager for some information about the Magna Renovatio: Europe 1200 Reloaded.
Is there anyone planning to work on that mod?

Hi! I am really sorry and a bit embarrassed about the delay. Tbh, I work more slowly in modding now, due to rl stuff. Still, when I have time I edit the Module files of 1200, which Korinov and the team has sent me. I mainly fix codes/edit stuff, so there's not much to tell or show. Still, I promise than sooner or later I will update that amazing mod! :)

Hey man, don't blame yourself about this, it's ok (besides we all know that real life is a bitch :D)
Thanks for all the hard work ^^

Hey Antonis, I thought I would share a few points about your mod.

While you are welcome to do whatever you wish and create a more of a fantasy/your version of Viking era Scandinavia and surrounding areas, if you want a more accurate mod what you have now has a bit to go.

Place names and geography, kingdoms, rulers, it's all over the place or made up. Some place are too far north or south, some place did not excist until much later or at all and the actual important places have been left out in some cases.

I will use Hálogaland(region where I live) and Finnmark, the northern part of your mod as my primary examples.

Hálogaland: During the viking era it stretched from Namdalen in todays Nord-Trøndelag to just south of the island where the city Tromsø stands today(where you put the Village of Bodø, Bodø did not excist, there was however a farm at around the location where you put hemnes called Bodin)the part of Hálogaland that you put in northern sweden did not excist.

This large area aswell as the part you have called kingdom of the sami, was considered a wasteland, the norsemen called all of it Finnmark, finnish nomads(today called sami) would roam these areas,but there was no kingdom or large settlements.

The Chieftains of Hálogaland would tax them, and also sail around and into the area called the White Sea(where you have put the castle Narem, in reality it was called Bjarmland at that time and and entirely different people lived there) to trade and plunder.

There is more, but I think you get the idea ,there are a few other smaller things I would like to mention, there were no medieval style stone castles at this time in scandinavia. There were ringforts, and wooden fortifications around a chiefs hall or town(kaupang) for example.

Leather Armor, scale armor or Lammelar armor was not in use at this time, either a simple woolen tunic, or padded armor like a gambeson, and a mail shirt if you could afford it.

There were also far more kingdoms at the time than shown here in Norway particulary, I have no Idea what Prodalog is or comes from.

Hi! Thank you for your time and your comments. I will take them into consideration and change things, but still, the mod strives to be realistic, but pseudo-historical. I was and am aiming for a historical basis, but I allow myself not to be restrained. :D

Hi, if you have difficulty with the font, please see the appropriate article in the Articles section.

Companions auto-loot doesn't work and some lords appear on the battlefield without a weapon
Great mod though...

Hi, the auto-loot is a Diplomacy bug, or rather, not finished script. I will take see about those lords, thanks!

I've come across a very irritating glitch with a quest given by a guild master, specifically Nargorom(?) the quest briefing is to hunt down troublesome bandits. The bandits appear on the map but when I encounter them to battle them the option to engage in a battle does not appear, instead the only option I am given is to leave. Making it almost impossible to deal with these troublesome bandits. A way to work around this glitch is to try and make a lord or another party to engage in a battle with the bandits and from there you can chose to join the battle.

This glitch might have been triggered after I "helped" a group of bandits to defeat a rival lord. However, I then battled the bandits and defeated them.

Hi, I will take a look at this bug, thank you for reporting it!

Also one thing that bugs me is when you die on the battlefield you cease to control your troops, and they fail to charge the enemy without your command, kind of an issue

The first is a Diplomacy thing, about the second, I will release a siege fixing patch soon. :)

Do you think you can add like a PoP type of kingdom custumization of equipment? And also a Viking Conquest feature to refine equipment?

Hi !
The only thing why I'm not playing this mod, are stone castles instead of wooden ones ( they didn't exist in this time, unrealistic :c it hurts :c ), and same with those scale and lammelar armors.
If you'd fix these things, I'd be one of your fans ! :-)
Greets!

Hi, yes scenes need to be changed and they will eventually. As for armors, I would need a dedicated modeller and texturer, because OSP armors are not infinite. :)

You should add England, Frankia and places that the vikings raided besides scandinavia.

This mod is awesome!
only if the vegetation was more realistic it would be well for example, such as in Mod vikingr . Like that Media.moddb.com

Man the mod is very good but there is some proplems like when i besige one of the castles the ladder that let me climb the wall doesnt in the right place and one of the villiges is flying and the people is on the ground and the houses are in the air + i hope you will add england in the next version hero :D

The Sword And The Axe Mount & Blade: Warband
Related Games