The year is 2028. Your name is Alen Torrence. Times are rough, you can hardly support your family anymore in a rapidly failing economy, and they're likely the only thing you keep living for. You need a miracle or things will get dark, fast.

Luckily, one comes in the middle of the night, when a stranger rings your house giving you muffled instructions to meet at an abandoned building on the outskirts of town with a very large sum of money on the line. Of course, you accept immediately.

The building looks desolate upon arrival, but as the lights flicker on you realize there might be more going on than you would have bargained for. A man known as Dr. Happerford explains to you that for you to get the money you must participate in the preliminary studies for a new experimental drug running under the title of DC02. He vaguely explains that it allows you to experience dreams in a more realistic and vivid way than usual, though the specific circumstances are left unclear. Despite the shady circumstances you accept.

The story runs deeper though. It becomes immediately clear that whatever science this man had been toying with had far greater implications than you ever could have expected and the history behind DC02 is a lot longer, and a lot darker than you could have imagined. As Dr. Happerford starts to unfold you realize the severity of the situation, but by then the your only hope if to find your own way through the maze of your mind, and the further you go the less clear it becomes if you'll ever make it back....

In a way it's still sort of surreal to think that I've finally reached this point after years of wondering what it would be like to finally release, but now that it's been a month and the dust has more or less settled I've had some time to sort out my thought on the matter.

As it sits now we're at about 1000 downloads combining both the downloads from here and from the Frictional Games Forums. It's crazy for me to think about, and while I know that's a pretty insignificant number compared to a lot of other projects on here it's still very cool for me to think about. In a lot of ways this project was my first real attempt at reaching out to the world - since I was probably 10 or 11 I knew that all I wanted to do was tell stories, to create an experience through expressing my ideas, and this was the first time I've been able to successfully do that on any sort of major scale. 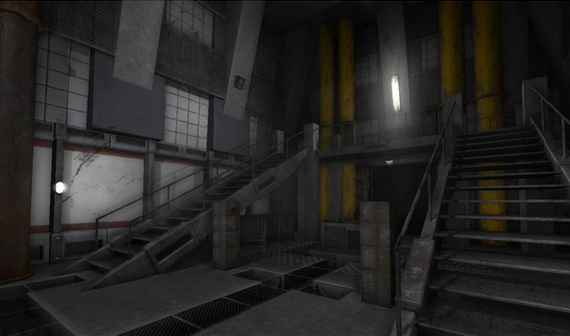 Of course the response wasn't nearly as big as some of the bigger names in the Amnesia modding community, but I've known that would be the case for a while now. As it is right now, excluding Penumbra: Necrologue, Amnesia mods don't really get a whole lot of recognition anymore as interest in them has dwindled. I would be lying if I said I didn't hope it would get more recognition given how much time I spent on it, but as I've said before "making it big" or whatever was never really my goal with this. I wanted to tell an engaging story and create an experience that might really have an effect on someone, and if that's the case for even 1 person, then I'm satisfied with what I've created. And luckily, based on some of the reviews I've gotten back it seems like that's most definitely the case for at least a few people, given how overwhelmingly positive they've been.

As for what the future holds, my work here and with Amnesia is done once we finish the next version. We've already noted all the issues people have reported and plan on fixing them soon for a 1.1 version as well as improving the quality/execution of a few sections, I won't give a date on when that will be ready but hopefully that will be soon ish. It's been difficult since my day to day life has gotten significantly more busy in the last month as I've reached the point in high school where I have to start thinking about college meaning the weekend is the only real work time I get, and Logan of course has his own school work. The patch we posted should however fix any game breaking issues you might have since those are the only two errors I've seen reported that could keep you from progressing indefinitely, though if there's more report them to me of course. 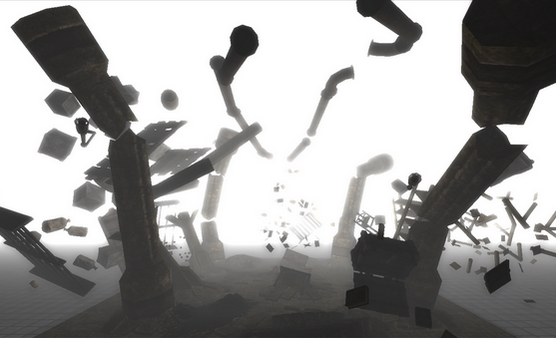 Otherwise, I've started drafting some ideas for an indie game that I might get started on over the summer. It would be significantly shorter and less ambitious than this though in some ways more effective I think. Some of the ideas I have for it are pretty unique and would definitely appeal to the same crowd as Amnesia. If I have any updates on that I'll post them here, so be on the look out for that. I don't think I'll ever do another mod, it's been an incredibly fun experience and I've learned a huge amount about the process of game design but if I do continue down this path I'd hopefully want to move onto making ACTUAL games. Logan, however, is working with another team currently on a really incredible looking Deus Ex mod you can check out here. He's an incredibly talented guy and one of my best friends and listening to some of the tracks he's created for that project so far his work on that will be pretty amazing too, so definitely check it out.

Anyways, that should be it. Take care, hope you all enjoyed playing!

Happy New Years all! Hope you enjoy what we've created.

Hassle With Finishing the Scripting

I figured I owed those of you who had actually been interested in this an explanation considering its been 5 months since March.

We're in the final stages of development!

Announcing that Kurton will be creating the Original Soundtrack for this mod.

If you're having trouble with either the drill in map 2 not properly combining or the game crashing upon exiting the shadow maze, download this and follow...

Wake up Alen, the phone is ringing. You've got a long night ahead of you...

I pity the translator. This absolutely greatest mod is destroyed on replay by an absolutely
endless monologue that cant be skipped.

I give this a solid 10! Awesome plot, unique environments, everything about this was perfect. Probably the beat custom story I've ever played. Impressive for what it is, definitely worth the download for sure. 10/10 would play again!

A very nice and detailed custon story with an awesome plot. Well done!

Only bug I noticed was that when you get the DC02 injected, after you get to pass the consciousness test at the beggining (where you are supposed to press a button in order to change the environment into a castle) the wooden floor won't swap. Instead, I see myself walking in darkness. I believe this happened since I changed Video settings to maximum.

Wow. Pretty damn impressive, I've played so many custom story yet this is the first one I was itching to play constantly. thank you so much for sharing this with this community, it was an honor to play throught your creation. I think you also had the best voice acting I've seen in a custom story, it's a shame that nobodies play custom stories these day because you deserve more praise then I can give you.Again, thank you so much.

So far this custom story is amazing. Me and my fellow cast members are doing a playthrough of this. Check us out: Youtube.com

did you not read the notes

This was a really impressive mod. I was shocked of what it gave to me and it actually scared the living shit out of me in some parts. The stories you offered was really nice. I liked every single one, as they're interesting, intense and scary. But, as pretty much every mod, it comes with its flaws. I began raging a little bit when I came into the very cool looking machine room. I placed the cogwheels and put the oil in the fuel machine and solved that puzzle in no time, but then it came over to…

Down the rabbit hole REMAKE Amnesia: The Dark Descent

The Shadow of the Ramlord Amnesia: The Dark Descent