A sub-mod for the Napoleon: Total War major mod The Great War, set in the Spanish Civil War of 1936-1939. Included are additional units and a brand new campaign set in Spain pitting the forces of the Second Spanish Republic against the Nationalist rebel forces of Francisco Franco. It is a battle of ideology as well as military strategy; a bloody preview of what the next World War will like as a battle against the forces of Communism and Fascism converge to rage across the Iberian Peninsula. Will you bring stability, tradition and glory back to Spain as the Nationalists, or will you change history and stop the spread of evil fascism across Europe as the Republic? This mod lets you decide.

Faction Description:
Us Spaniards have always been a proud, devout people. We have always given everything for our honor and the glory of God. These values are what made Spain a great empire that ruled half the world! Yet now it appears that our Fatherland has fallen far from glory. This decline has been accelerated rapidly by the atheistic Bolsheviks who now godlessly rule our country. Something must be done to return Spain to its rightful imperial power – these Reds, God willing, must be stopped. Order has to be restored in these chaotic times.

Ever since the Napoleonic Wars, Spain has been deeply troubled. Liberal ideas were forced upon the Spanish people by the invading French. Some fools even liked this! Foreigners began to undermine our national integrity, bringing with them unholy organizations like the Free Masons to spread subversive ideas. They conspired to separate Spain from her colonies and inspire revolutions overseas. Since then, our empire has been pulled apart piece by piece, year by year, by all the powers of Europe and America, all as they lament: Spain is the sick man of Europe! Yet they say this as they destroy Spain! From within, our country has been pulled apart by liberals since the 1820’s. Internal wars between these liberals and the Carlists have brought shame to Spain and further caused our nation to decline. In the end, the United States would take away our last important colonies in the Caribbean and the Pacific. Now all is left is Morocco – the final remaining part of a great empire.

Matters have only worsened. King Alfonso XVIII was overthrown by the Republicans, as if he was the cause for the economic problems of Spain forced upon us by the Depression created by America and Europe. Since then the new Republic, ruled by first liberals, and then by communists and anarchists, have tried destroying all of Spain’s proud ancient institutions. The Catholic Church’s power has been greatly reduced, as if in a bid to deprive the men of Spain God. Some atheist anarchists have begun to use this as a license to destroy and sack churches and cathedrals across Spain! The land owned by the aristocracy is being taken away to be given to undeserving commoners. All these matters worsened as Bolshevism tightened its grip over poor Spain. Chaos has ensued, and terrorism and assassinations have occurred across Spain. Something had to be done.

A plan was put in place by our conservative men in the military and various militia groups have also pledged themselves to our cause. On July 17 of 1936, military installations loyal to our Nationalist cause across all of Spain rose up, with the greatest success occurring in Morocco, Navarre, Sevilla and Galicia. The Army of Africa, Spain’s best military force supplied with the most disciplined Moroccan Regulares and Spanish Legionaries, has been flown to Sevilla thanks to the help of our Italian and German brethren. We are prepared to take all of Spain by force.

It should be worth noting, however, that our Nationalist position is very precarious. Currently our loyal forces are large and disciplined but spread out across Spain. Our forces need to quickly take Republican ground and converge on Madrid. Our best chances will occur when all our armies combine into one single force to strike down the Republicans. We have the advantage – our soldiers are true men, disciplined and strong. What does the Republic have? All they have are a bunch of disorganized rabbles called militias! God willing, we will return our country to glory in a second Reconquista! Viva Espana!

Militia were quite common during the Spanish Civil War and were comprised of individuals given a weapon, perhaps a basic uniform, and little training. Militia bands were often formed from a variety of groups ranging including local communities, youth groups, political parties and even trade unions. The most common militia utilized by the Nationalists were created by the Carlist and Falangist Parties.

The Falange Party (FET-JONS) would be elevated to the position as the leading political party of the Nationalist rebellion in Spain by Francisco Franco. The Falange (or Phalanx) was founded in support of fascism, and it took many aspects from Benito Mussolini's fascism in Italy. The party was founded by Jose Antonio Primo de Rivera, the son of the former autocratic Prime Minister of Spain Miguel Primo de Rivera who reigned in the 1920's. The Falange contributed a large amount of militia and professional soldiers to the Nationalist Army.

Benito Mussolini of Italy was a hugely enthusiastic supporter of the Nationalist movement in Spain and was very quick to send support to help the rebels. He provided the largest foreign contribution to the war in the form of sending volunteers to go fight in Spain. Many of these volunteers were members of the Blackshirts, Mussolini's political "muscle." Of course, many of these Blackshirts volunteers he sent were poorly trained and poorly armed and were little more than militia. The Civil Guard was founded as Spain's national police force in 1844 with the original intent of cutting down on banditry and guerrillas in the Spanish countryside. Over time the Guard gained a reputation for brutality that made it disliked by many of the people of Spain and had a close connection with the military. During the Spanish Civil War, the Guard was split between the Nationalists and the Republic, but is most often associated with assisting the rebellion although it did play a significant part in assisting the Catalan anarchists in Barcelona and their revolution against the militarists there. The Spanish Civil War initially started as an coup d'etat in the army. In particular the Spanish army was primarily led by an officer class that was staunchly conservative. Military bases were supposed to rise up across Spain on a synchronized date. Some of these uprisings, as like what happened in Morocco and Navarre, were very successful. Others were suppressed almost immediately by Republican militias. Some other rebellions finally remained isolated and under siege for a considerable time before being relieved, like in Toledo and famous defense of the Alcazar by Nationalist rebels.

The Carlist Party was one of the most significant supporters of the Nationalist revolt. The Carlist Party was first formed after a royal succession dispute upon the death of King Fernando VII whether to pass the crown to Fernando's brother Carlos or his daughter Isabella. Isabella was crowned queen of Spain and the Carlists would wage three wars against the Spanish government prior to the Civil War of 1936. The Carlists contributed a large amount of troops, most of whom were from the political party's base in Navarre. They were considered extremely brave troops and worn a Sacred Heart pin over their left breast in the belief it would protect them against bullets. Additionally, due to Carlists strongly Catholic nature, chaplains and priests accompanied Requetes on the battlefield and often risked their lives to grant dying soldiers their Last Rites.

The submachinegun was first used in World War I, and in the Spanish Civil War it would continue to be employed by both sides in certain numbers. They were mostly given to officers, NCOs and some assault troops. The most commonly used SMGs by the Nationalists were the German-manufactured MP-28 and the MP-35. The bolt-action rifle remained the primary weapon used in the war.

Some of Spain's best troops were the Regulares, who were Berber Moroccans that served with the Spanish Army. They were well-trained, disciplined and had an excellent soldierly instinct. They also had a reputation for brutality. Formed in 1911, these soldiers proved their loyalty to Spain in the Rif War where they proved themselves some of Spain's most useful soldiers against the rebellious Rif tribes. Francisco Franco's first military command was over a group of Regulares where he proved his talents as a military leader. They would again come in useful against in the Spanish Civil War when they joined the rebellion in Morocco with the rest of the Army of Africa. In the countryside of Spain they were great fighters, but their unfamiliarity with cities made them experience difficulties when fighting in urban environments.

The Spanish Foreign Legion was first founded by Jose Millan Astray, a flamboyant Spanish military officer with an extremely histrionic personality. Francisco Franco was the second-in-command of the force. The Legion was first created during the Rif War and was based on France's own Foreign Legion when Spain needed an elite corps of soldiers that were absolutely dedicated to the soldier's lifestyle. The Legion would be comprised primarily of a mix of Spaniards and those of Spanish descent from Latin America. At the start of the Spanish Civil War it was part of the Army of Africa and was one of the leading forces of the uprising. The Spanish Legion during the Civil War would attract volunteers from places like Ireland, Portugal and other strongly Catholic countries to fight for the Nationalists. 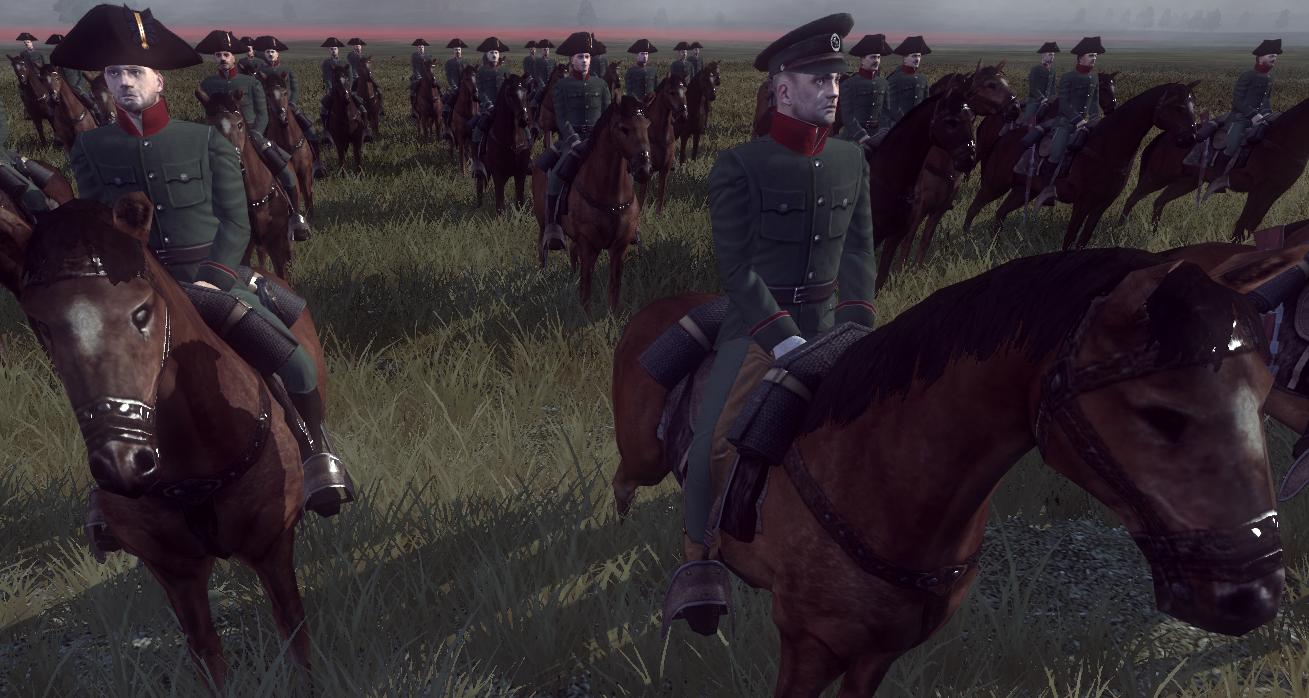 The Spanish Army didn't participate in World War I, but it did learn lessons from that war. After learning about how disastrously cavalry fared in that war, the Spanish military began reforming its cavalry. The hussars, dragoons, lancers and cazadores that comprised the Spanish cavalry before became standardized with each other, abandoning the lance and increasing focus on training with the carbine rifle. Cavalry also changed their role to become serve as scouts, raiders and mounted infantry. This is the purpose they served primarily on both sides during the Spanish Civil War and proved effective at crossing the plains of Spain. However, there was one instance in the Spanish Civil War where Nationalist cavalry was used for its traditional role. At the Battle of Alfambra, near Teruel, the Nationalists launched a massive cavalry charge against Republic positions in the style of cold steel. The tactic was a success and the Republicans were absolutely routed from their position, paving the way for the Nationalists to seize the city of Teruel and thus gain and upper hand on the Aragon front.

Here is current team of members so far. They deserve all the credit and recognition they can get for making the mod possible.

to bad its dead

seems amazing, but is it dead?

I hope this isn't dead.