Road to Limansk is a mod for Clear Sky aimed at improving all aspects of game play.

Check out this news post for the latest information regarding the progress of The Road to Limansk.

Hello and welcome to the first development log of The Road to Limansk. Before we move on with the details of what has been happening I would like to fill everyone in as to what has been happening the past few weeks/months. As TSF mentioned in his comment, his computer was destroyed by lightning which to say the least left us with a few lemons in the desert as many months of progress was lost. Fortunately some of the data could be saved which means TSF will be able to rebuild the mod back to the level it was on if not better. If you are wondering what the impact of this will be on the release date, the answer is pretty much there, it is a major setback. While TSF continues to rebuild the components of the mod that were lost, I will be working on all the arbitrary new content we intend to add. Such as sounds, graphical improvements, items, trivia, UI, NPC skins. At the end of the day with both of us working consistently, we will be able to catch up fairly fast.

Since I have joined the limansk team, my first task has been to work with the UI and come up with a new style that incorporates a bit of inspiration from all the stalker games. I started with the easiest of all the UI jobs, the main menu. I started by incorporating relevant static artwork with a few animated graphics supplied by GSC gameworld. A few effects, colour modifications and lighting adjustments later I was quite happy with the results. 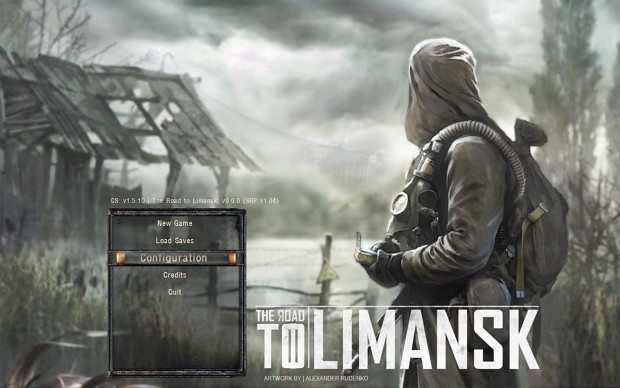 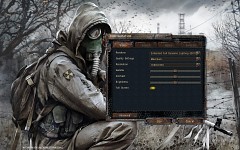 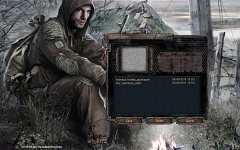 At the very least it gets the job done and looks decent. I would like to add that the artworks used were drawn / painted by Alexander Rudenko. A talented and creative artist whom I believe is Russian, if you are reading this drop me message - it would be awesome to talk with you about your work.

Once the menu was done I moved on to the more finite elements of the interface, the ingame UI - Starting with the inventory. While CS does have its problems, by large the vanilla CS interface is pretty good. It was really just a case of cleaning it up a bit and adding our own touch to it. I tried to keep a majority of the cold colour tone, but reduced the monotonous pallete by throwing in some rusty borders and other grayish/black metals. The result came out quite nicely and the inventory features a few traits from the other stalker games. 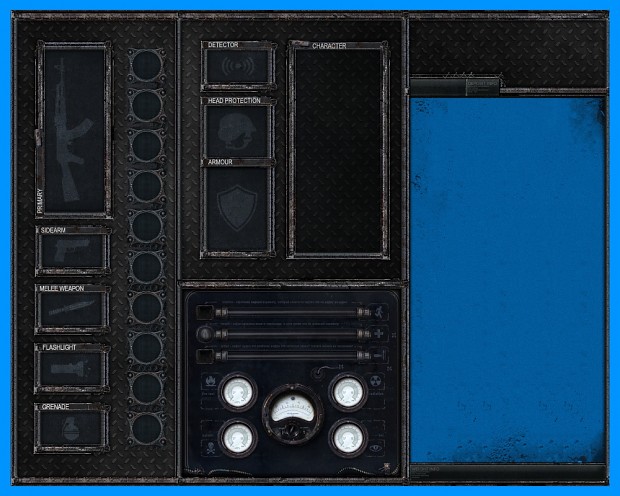 Some things to note about this inventory:

In any case, please drop me a comment on what you thought of this post. Would you like more regular updates. Is the content interesting, is there enough content. Let me know what you think so that the next one may be better.

Thanks for reading - Predator_828

Excellent to hear from the mod team again, I hope things will go more smoothly now.

The new inventory layout in particular looks excellent, a nice balance between old and new. I'm assuming the 10 belt slots means ammo will have to be placed on the belt, perhaps in magazine form?

Not exactly "ja" but more with a sound of 'yah'

I know but my mother tongue is Estonian so i "hear" and "see" things differently :P

Apologies guys. I had no idea, I chose that flipped R to make it seem more Russian.

It look cool though :D

I don't think that STALKER actually needs this kind of gimmicky stuff like a mirrored "R" to look more "slav".

Apart from that, it's absolutely stunning what you created there, incredibly atmospheric...and, most importantly, very fitting to the game's setting.

Love how in the last pic it's not just another "gas mask man", but an actual face.

How about putting the title into the upper left corner instead? Right now the lower right part looks a bit over-"populated". Maybe you could make the lettering a bit smaller, too.

I love the work being done here. Really sad about the progress on the mod being lost, though...
Best of luck :)

Where can I download the beautiful wallpapers (back screens) ... please ?

I really like the gray look of it btw

I did not play Clear Sky yet, just checked the start with some mods.
I wait for a year now to play CS with this mod!!
Thx for your Dev news.