Many core changes have been made!
2.01 adds many needed changes and fixes!
2.015 decreased the RKO
2.020 useful additions
3.0 ALOT OF CHANGES I FORGOT ABOUT OVER SPRING BREAK.

WARNING: THIS MOD USES ALOT OF TAGS, BACK UP YOUR MAPS FOLDER OR YOUR ORGANIZATION WILL GET REKT.

This mod is meant to be played in the editor

if you do save, be sure to enable uninstall mode in human.inc to remove the tags by setting if rand 0.0 to 1.0.

delete the old mod before you download the new version.

added skeleton that I forgot to add.

added wounded state, when the unit dies, he/she is unable to move, think of it like call of duty.

let me know if this fixes the immortality bug or not.

fixed the bug that when you have an attack modifier, you can friendly fire your allies without killing them on the predefined friendly fire limit set in main_menu.

changed sound range of MB to be louder.

readded sandbags for the fortification_spawner

made fortifications spawned by it unable to automatically be jumped over if "ai_jump" is enabled. This way, it can properly be used as cover.

added options for disabling cannons and mounted machine guns, tanks, planes, or vehicles all together to allow for a infantry vs infantry based fight.

disabled exclamation by default to prevent lag, as when two damage_reports are displaying at once on the same entity, lag will happen.

support for the following animations have been added:

these animations will play if you have them in your human_anm.ext file from Dark Sintera and Half Life.

added a new group called the "Demolition" squad, these guys have a ton of heavy weapons!

added the option to disable spawning infantry in wedge formation for indoor battles.

Fixed bullet quant crash from betterplanes by giving a tag to the plane mgun ammo, making it not get recognized by {with_effector} in the bullet_hit proccess in human.inc by adding the nohit tag to it in human.inc.

added plane map icon through interface/scene/minimap/minimap.set and its ebm and tga file.

changed planes from airbornez to airborne to reallow takeoff and landing and spawning in singleplayer skirmish properly, go into properties/airborne.ext and switch {props "airborne"} to {props "airbornez"} to reenable plane vs plane battles.

fixed immortality, still testing to see if it has really been fixed.

readded weapon drop sounds inspired by Buzztron. Forgot to add that from the early changes.

readded bumping into units displaying their rank and name, I forgot that I had commented it out by accident. de-de-de

lowered the frequency of the "last_shot" script that makes units fire fake bullets when they die from 0.9 to 0.025 as it was getting annoying.

fixed RKO from choking the opponent to death forever.

changed freezing when dodging grenade to "squat_hide" for immersion. earlier version was a cheap edit....

friendly fire now turns the radio music off when the person is killed by friendly fire, still trying to figure out how to get ai to do friendly fire versus just the user.

however if your going to use the models under the credit list, you should credit the authors.
credits:
gas masks - WW2 China Battlefield Team
skeleton - Glit

Added alot of stuff over the span of 1 year,

A menu in human.inc for you to turn things on/off

Attack is alot more effective than Defence, the more attack you have, the more damage your opponent receives
and the more chances of their defence breaking after you shoot/melee them.

unit ranking system.
Kill Counts
Unit Names based on extension in humanskin folder ex. humanskin\jap_smg\jap-smg.dds#jap will give the "Empire Of Japan" first and last names ingame from the code in human.inc.
LOTS OF MLG STUFF
Stuff
fixed some lag, those loops are too STRONK.

You receive 1 life when you collect 100 HD rings or original rings, when you die, that 1 life is removed and your unit will be alive until it dies again, just like the sonic games.

poison gas that works like battle of empires but more immersive with damage being done to gas masks, exposing the user to the gas zone if the gas mask is torn or is taken off in melee.

for the melee system, comment out these lines in resource/properties/human_anm.ext

to prevent units from playing the get hit animation each melee hit, it stops the defender from counter attacking which just isn't immersive.


removed lie grenade animation since it destroyed the immersion of indoor map fighting. So now when ai dodge a grenade, they will just move out the way, and thats it, no more diving through walls like that blue guy from X-Men 2.

Preffering everyone to use text editors that organize code such as Pspad and Notepad++, otherwise the text will be a mess.

and set it from

search in the editor's human equipment menu for radiousa, you will see radios for the faction and player. equip it to your troop and he/she will use that during battle far away, but up close will switch to their gun instead. however the radio will still function when not equipped.

The Radio will spawn the faction's troops randomly

search for spawn_prob in human.inc to change how often units are spawned

The Radio's Inv ammo uses the light tag so they are at the bottom of the list of preferred weapon ammo in ammo.set

sometimes the radio will call paradrop ammo for your troops 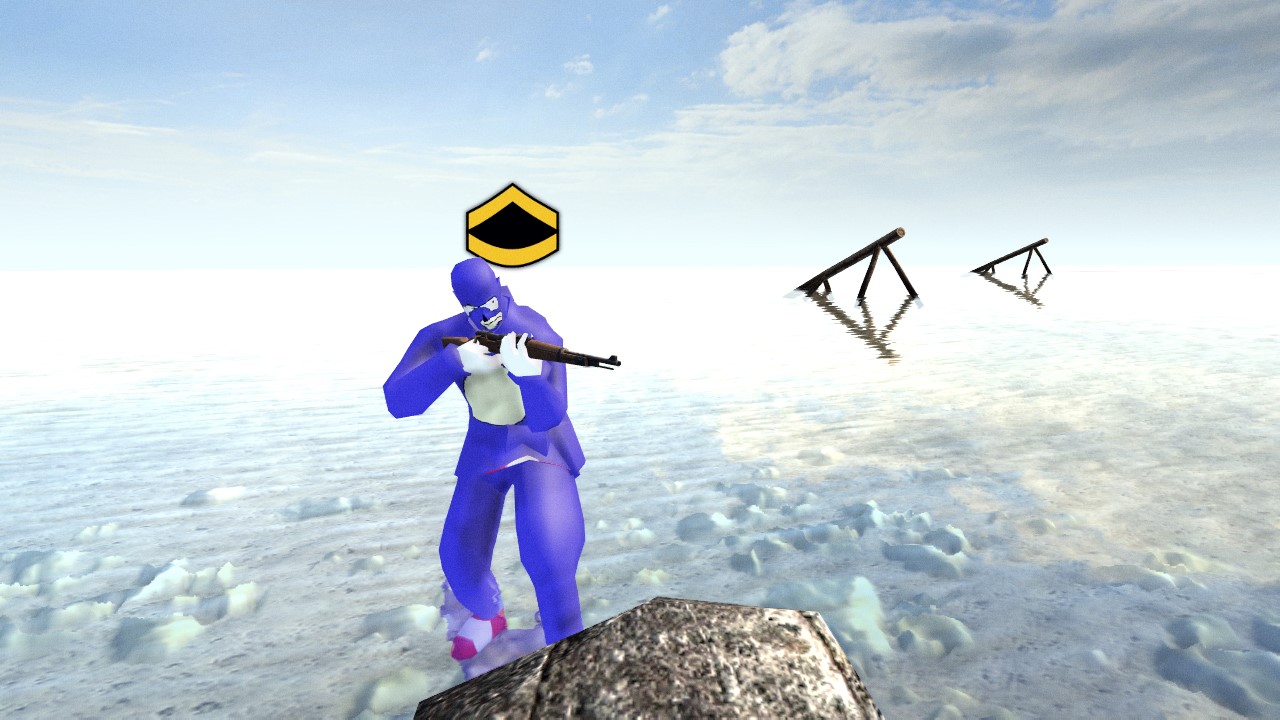 This problem never happened to me before, and as soon as it happened... IT DIDN'T STOP I KEEP DOWNLOADING IT OVER AND OVER AND STILL NOTHING AAAAAAAAA
Prntscr.com

l0l fixed it i moved all the define above line 98, hope this fixes it for you guys too because idk if i'm the only one having this problem

I really like this mod but can't play it anymore because of the human.def crash RIP :(

UPDATE INCOMING THIS WEEK, IF I CAN GET IT BACK TO AS2 FROM CALL TO ARMS

Sundiata I got the same error message in the editor:

But what do I exactly paste in the game log folder, to debug this error?
-Thankyou

Finally created the mod page, will update it sometime.

Let me know of any bugs or crashes.

current bugs: paratrooper spawning in skirmish causes a crash. Quant::Bullet crash when blast happens on some type of entity, still trying to figure out which entity is the culprit.

Men of War: Toy Soldiers Revival is the re-introduction of my old project from 2019, introducing factions heavily inspired by the classic game "Army Men...

Project-80 is a Cold war Mod for Men of War Assault Squad 2. This Mod Tries to recreate the Cold War as accurately as possable, with accurate Tanks, Units...

Emergence is an addon that revamps/rehauls a good number of things in RobZ Realism mod for the sake of more authenticity, better gameplay, more variety...

Touhou 9 ENB for Phantasmagoria of Flower View - this is a mod I put together just to soften up the pixel edges and give the game a bit of bloom as well...

This mod places the original default (DC) Japanese graffiti back into the game.