The Martian War is a sci-fi mod for Command & Conquer Generals: Zero Hour. It will completely add two new factions and over 40 new units to Zero Hour, give the game unique gameplay, and add a complete original soundtrack.

The tale of this mod begins in the 23rd century, when a nuclear war wipes out most of Earth's population. With Earth's nations out of the way, their colonies on Mars grow to become the most powerful human entities in the solar system. After 200 years of conflict on Mars, two superpowers have emerged, and the populations of these two nations are booming. They have set their sights on Earth, a world that has a population that is only in the millions and has resources that have gone untapped for nearly 200 years.

It will be a small conflict on Earth between the Yukavaran Federation and the Greater Renauvan Empire that will trigger a war that spans two worlds - both Earth and Mars.

I'm proud to announce the The Martian War, a mod for Command & Conquer Generals: Zero Hour.
This mod will cover a tale of two superpowers - the Yukavaran Federation and the Greater Renauvan Empire - battling for control of Earth and Mars in the 25th century. It will feature these two factions and over 40 new units, as well as a new style of gameplay that has emphisis on getting out of your base and controlling the map quickly, before the enemy can control the map. Some of the units will serve the function of buildings, so that you can actually move your base to a new location if necessary. The Martian War will also feature an original soundtrack. 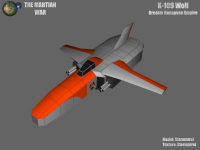 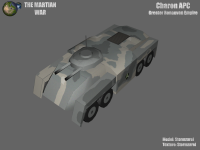 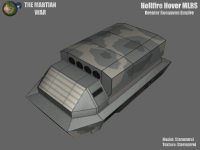 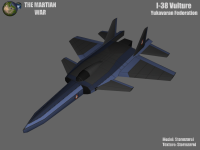 Right now, this is mainly being worked on by me, with a little help from a few other people. Anyone with experience in modeling and texturing would be appreciated right now. If you wish to help, please e-mail me.

is this mod is dead, or u still guys work on it?

My apologies for not responding to these comments sooner, but school's been distracting me and delayed the progress of the mod a bit.

@SaDDam: Yeah, the models and textures are a bit under-detailed at the moment, a product of trying to keep the poly-count low and my inexperience with texturing. They'll be revised eventually.

@AL_Hassan: Any help would be appreciated. Just e-mail me, and I'll give you some better contact details.

Man, they will really look ugly in-game, thus they're good looking here, at the renders. If you'd like I can help you with this stuff.

i like the simple block looks at the moment. If you make it too detailed it becomes clogged up. This is fresh and allows modification later!!!

Sorry guys, but i can't say tht your models are very good... Add a little bit more details to models, and redraw this terrible skins :)

The current models looks a little blocky, and the textures are a bit plain, but other then that, it looks good so far. If I can find my Zero Hour disk, I'll definantly give this a go.

I LOVE the textures