The Long Way: Revenge of AXH

Main story:In Russia, Three years before the events of HL2 on the Earth weren’t combines. In Russia was a civil war, because the president of Russia betrayed his country and refused to help citizens in Russia. In the suburban town Dolgoprudniy our hero - Mihail Sergeevich Antonov (Mihalych) lives. He is working in the ruined school, where he studied when he was young, now transformed into a Research lab. One day, in Dolgoprudny, the bombing started, and nearly the whole town was ruined, but Mihail survived. After 3 hours of a horrific daze from shell shock, he came back to reality. He now wants revenge! Those Bastards destroyed nearly everything he knew.

Locations
The first maps are of the town and school. The next chapters are the "PHOL_LABS". Patterned from the labs at Black Mesa, after the cascade resonance, these facilities are for the rescue of survivors. Laboratories are equipped with the stasis cabs, teleportation machinery and other devices. It is possible that this place belongs to the G-man and his accomplices, but at the time this lab is closed for quarantine, as it swept the incomprehensible evil came via teleportation sector from the other stations of the PHOL_LABS. When our hero sneaks onto the upper floors, he fights with crowds of zombies and evil McDonalds. Finally, he reaches the top of the labs and leaves this strange place! However, he teleports to the most unreliable sector of the PHOL_LABS, PHOL_LABS_AXH.In this place, evil scientists grew a copy of the Nihilant - the AXH. To finish the mod, you must kill it, but she is very DANGEROUS! Go through the mod and in the end you may be surprised!
HL DLLs of mod:
I used SMOD engine for my mod!MY big THX SMOD developers!!!You rule!Your mod is incredible bloody!!Some of weapons aren't my!I only replaced sound and model of some weapons.
Main weapons:
BFG
Scissors
Shovel
AK-47
Shotgun
Soy
Try to find others in the mod!
_____
Enemies:
Astrocrab(a skinned headcrab :P)
Fast zombie
Zombie
Evil McDonald
Citizens
Vortigaunts(with electric shock!)
The main boss - AXH
_____
You have no friends in this mod, so:KILL THEM ALL!!!
____
I used many models from Garrysmod.org , so there are not my credits in it!
______
Hi to all Russian modders!

I posted some VRAD processed maps screenshots, because most of screenshots there are wip. 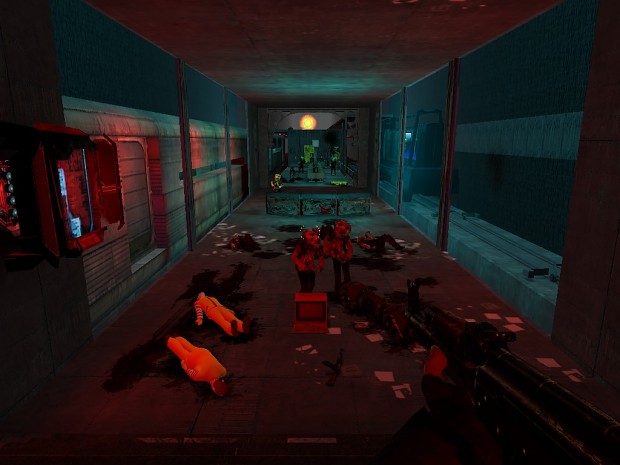 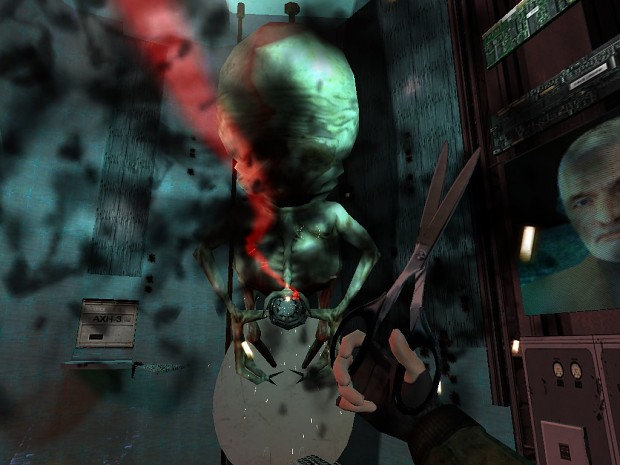 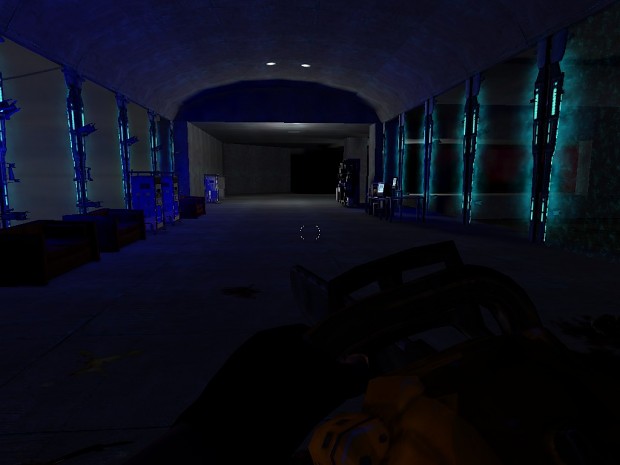 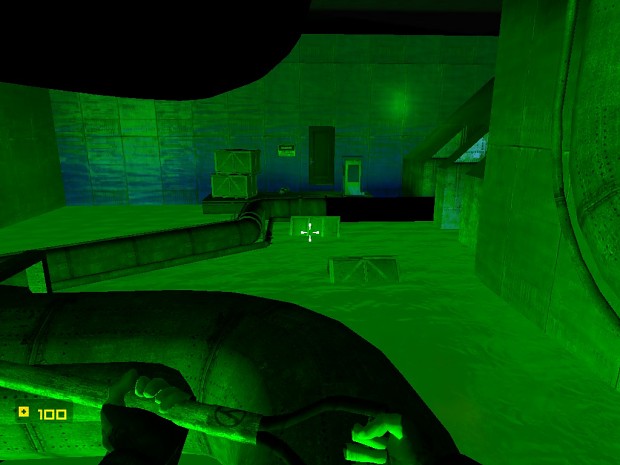 Today, but 4 years ago I with 2 my friends made a fairly simple idea for a computer game. The year was 2008, and I was only 13 years old :D, which explains most of errors in the release of mod.

The plot was very simple:
Michail, a school teacher, survives the bombing of the whole region, but suddenly most of creatures were transformed to monsters. He founds, that school is also a research lab and teleports to a second dimensions, were is a big skyscraper. Now he most deal with the main monster, and turn back home.

Crazy enough :D But the idea produced a mod, which is now released.

This idea changed my life, and I had known the process of making a mod(which is similar to game-dev). I worked on this story, and made a new one, more logical and more interesting. As I said, it's no point of further developing of the mod, named "The Long Way: Strike Back"(a sequel). It's because I started making my own game engine. On this game engine, I'm making a The Long Way game, which development started 2 years ago. It can be found here: Moddb.com
By the way, one guy wrote a review on a mod :DD There: Moddb.com
I found it very funny, and I think, the author should continue playing. Also, The Long Way can be passed without god\noclip modes. But it's a very hardcore playing, so I recommend to use cheats.
You can download The Long Way: Revenge of AXH there(was released 3 years ago):

Thanks for playing, Fyodor.

As I said, I released the unfinished version of "Strike Back" .

The End of modding - the beginning of creation real games.

So, you look at this page and think - this mod is dead! Yes. You are right. I can't call my mods "games", but the storyline of a second part is very interesting...

THE LONG WAY : STRIKE BACK

I uploaded the new screenshots of the next chapter of this mod - The Long Way : Strike Back!You can see them in images.

The Long Way: Strike Back

I'm currently building a new mod - a sequel for this mod.It's named "The Long Way: Strike Back" The 3d graphic in a new mod is VERRY better. This will...

This mod was a developing next part of The Long Way, unfortunely I didn't finished it. There are 6 maps in this pack. If I finished this mod, it will...

I met several people who are not satisfied with my red Source color scheme. This is origanal file to fix it back to grey interface! Extract to "s5death/resource...

The Long Way: Revenge of AXH

The first version full of bugs! Enjoy! Installation in readme.txt

Mod does not have to be good it is important that there is ak-47 !!! Horashov!

Why is there a guy shooting Ronald McDonald?

In the story of game, a McDonald appears when headcrab zombie hits ordinary people. A mcdonald is more intelligent than zombie and can hold weapons(Ak47). He is aggressive as zombie so you need to defend from it.

there is a story?

Is that fullbright maps i see O.o

Okay, please don't post "ohh!!! fullbright" comments...
IN THE FIRST CHAPTER OF MOD - Revenge Of AXH, all maps are not fullbright!!! All maps are produced using vrad, and there are shadows in them!
In Strike Back 2 maps are with shadows, but others - not. It's because of this mod is discontinued. EDIT: Forgot, may screens of this mod on moddb are outdated and are without shadows. All maps in mod are rendered and compiled and are with shadows!

Okay you wasted all comment board with your troll comments. Forget about this mod and wait until 2012 for "The Long Way" game!!!
PS: I love this mod and nobody can get it down!

This mod is discontiued! Why anybody is posting comments? :)

Definitely one of the greatest mods I've ever played.