The Keep on the Borderlands

A total conversion of Troika's 'The Temple of Elemental Evil' for the classic D&D module 'The Keep on the Borderlands.'

The Keep on the Borderlands has been upgraded to version 1.0.1. Please see download link below.

It's been a long time coming...

The Circle of Eight Team ( www.Co8.org ) is proud to announce that the Keep on the Borderlands mod is finished and available for download: get it right here at ModDB.

What is Keep on the Borderlands?

KotB is a new module - or total conversion, if you prefer - for the Atari game Temple of Elemental Evil. It was created by modders at the Circle of Eight fansite and freely distributed. It requires the original Temple of Elemental Evil game, patched to patch 2. It does not require any other mods from Co8, such as Co8 8.0: it is a separate module to ToEE and not a mod of it. 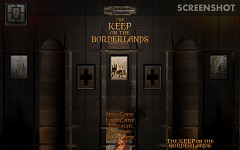 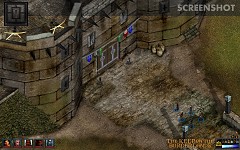 KotB is for starting level players. It attempts to push many elements of the ToEE engine to their limits, using the engine's capacity for animations, quests, skills, feats and dialogue, as well as combat, to produce an adventure game in the classic puzzle-solving mode. There is considerably more thought required to finish KotB than ToEE: though all the information is still given in the game, and it is not excessively difficult, just more thoughtful than the original game. 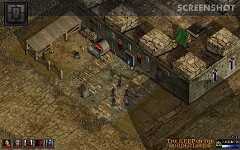 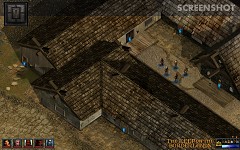 The aim of the game is simple. The player controls one or more characters who have arrived at the Keep on the Borderlands seeking fame, fortune and adventure. The player needs only talk to the NPCs of the Keep and surrounding locales, and role-play their character, to find a variety of adventures, culminating in a journey to the infamous Caves of Chaos, where the party can fight, work for, manipulate or despoil the various tribes of monsters.

Features of Keep on the Borderlands

Keep on the Borderlands expands on ToEE's excellent simulation of the D&D3.5 engine with the following additional features:

New skills - Alchemy, Handle Animal, Climb, Use Rope, Knowledge (Nature), Speak Language, Disguise and Forgery (NPC only) - and additional uses for skills such as Appraise, Perform, Spellcraft and Sleight-of-Hand
New class abilities such as Wild Empathy, Slow Fall, Illiteracy, new familiars, better control over animal companions, new spells, Domain skills, class-specific quests
New racial abilities such as Stonecunning and racial languages
Over 60 new maps to explore, with more interactive environments (such as desks, shelves and cupboards commonplace) and over 40 quests
Heaps of new and classic equipment from the PHB such as Disguise and Climbing kits, new magic items, and many alchemical items.
Deeper, more thoughtful quest progressions, usually with multiple ways of completing quests.
Day / night routines for most NPCs.
'Black Market economy' with stolen items and fences.
And of course the new spells, new equipment and bugfixes that Co8 brought to ToEE, including more than 60 new feats.

Keep on the Borderlands Demo Released

Circle of Eight is pleased to announce the release of our demo version of 'The Keep on the Borderlands.'

In anticipation of our soon to be released demo version of The Keep on the Borderlands, Circle of Eight has released another batch of new media.

The Circle of Eight is happy to announce that after a long period of development and testing, we will soon be ready to release the demo version of the...

The Official WorldEd and V2Brute programs for editing Temple of Elemental Evil mobile objects and visual particles. Previously released by Atari as part...

Keep on the Borderlands Demo Final

Final version of the demo of the Keep on the Borderlands mod for Atari's Temple of Elemental Evil. Created by the Circle of Eight (www.co8.org)

Thanks for the patch.

It wont let me begin it says wrong alignment and nothing found when i use the secret door search tool by the stairs near the portal.

When creating your party for KotB, the party alignment MUST be either Lawful Neutral, Neutral Good or Neutral Evil AND you need at least 1 PC with a minimum of 3 Search skill. Any other party alignment or lack of Search skill won't allow you to leave the starting location (if you see a red "wrong alignment" message flash on screen as soon as you start, esc-quit the game and restart with one of the three I listed).

thanks....a big fan of all the co8 mods, love that there is something new.....you folks rock!

Does it include the Caves of Chaos? That's the part I remember best from the original module.

Disregard. Says it right in the description. Doy!

Single Player
Tags
Embed Buttons
Link to The Keep on the Borderlands by selecting a button and using the embed code provided more...