The only Mod which allows players to choose all 14 known nations and 8 new ones with a full working homecity.TFE Launcher and easy install program included. No savegame cities like other mods deal with.. Its is for players who love the good old age and it is for players that need something new. - 8 new and 14 old nations included in 6 leagues: The Northern Contract, Southern Confederation, Eurasian Union, Commonwealth, Global Defense League, Asian Pact - all 22 nations are playable with own homecity - new textures for units, buildings, projectiles and landscape - 4 new useful natives - fixed all known bugs of the orignial game - new GNRC nation choosing system - hundreds of new technologies, buildings and icons - new politicians, sounds and units,formations and strategies - new possibilities with the GNRC Rules - new user interface - AI in Version 1.5 -you can play the 14 old and new nations in huge battles against each other 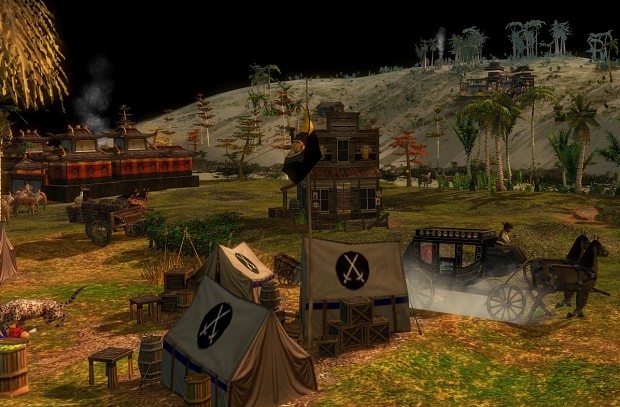 I want single Western Pacific Railroad Company civilization to AoE3 TAD.
Can somebody create it?

O.o is that a jaguar in the corner there? lol