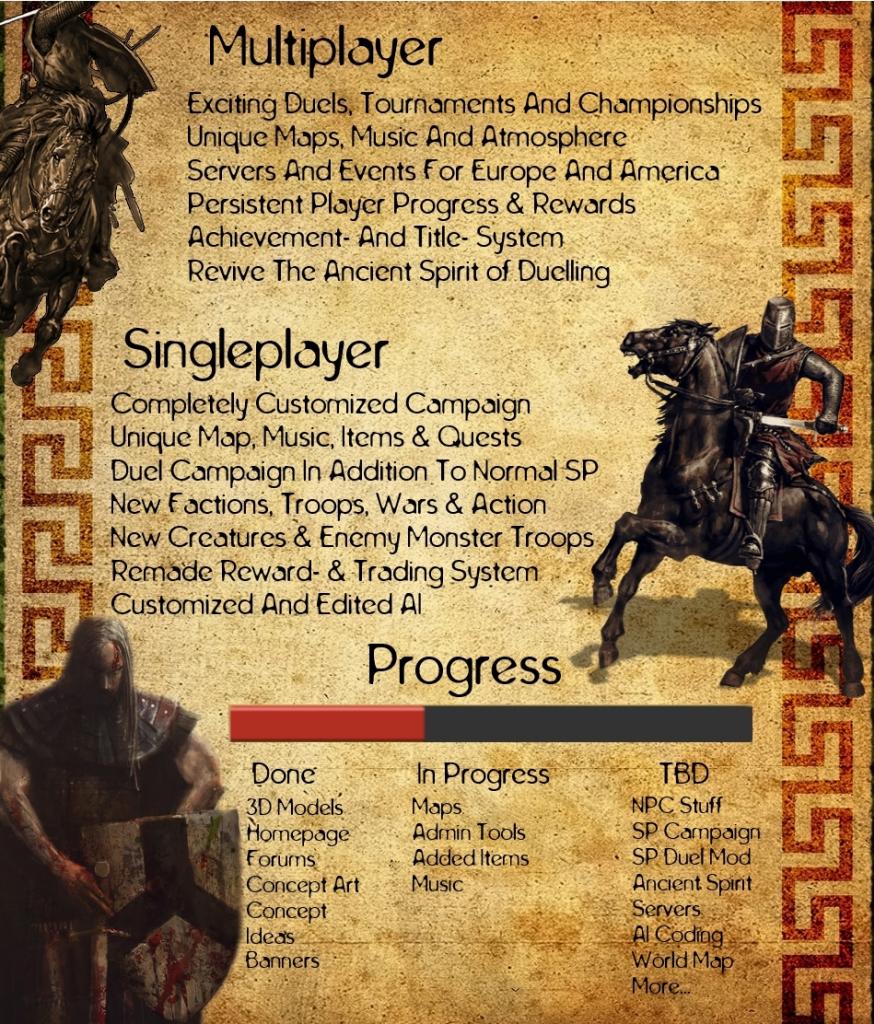 That now means that we will be continuing to work on the multiplayer function as we did before, but in addition we will start modiying the Singleplayer Campaign in order to get things going.

We are looking for an AI Coder, as well as someone who knows and understands the module system in order to create the rest of our Admin Tools. Gulos, the coder of the famous mod "Warband RolePlay" has been kind enough to send us the old Swadian tournament Admin Tools, so we now only need someone who can actually modify it correctly.

Thanks to everyone who is following the progress of this,

The Duel Mod in singleplayer

We have finally managed to figure out a concept for TDM singleplayer. Now the question is, should we publih Multiplayer first, or delay the release and...

Hey guys, I thought I might as well give you guys a progress report on how well things are going and what is already done!

Just a quick report on the progress we have made so far, the things we are working on at the moment, and the things that are yet to come before we can...

We are planning on holding monthly championships with special unique rewards for players, and permanent credits in the maps of the mod for the winner.

We have decided to make the banners we are using free to use for everyone. There is a readme file included in the download, please read it before using...

If anybody wants this mod to continue, please let me know! We are thinking of taking over as publisher!

Yeah, we want this mod

Is this still active?

Multiplayer
Tags
Embed Buttons
Link to The Duel Mod by selecting a button and using the embed code provided more...