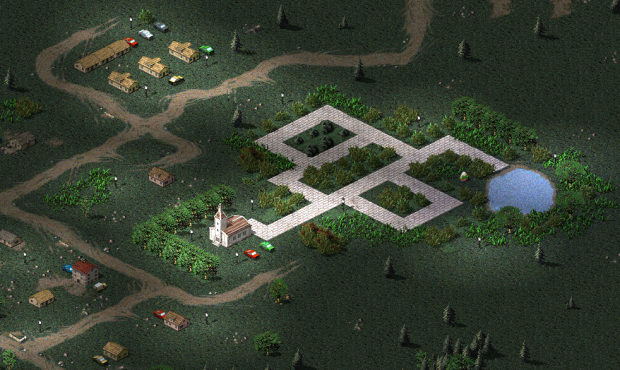 Does the church hide a crate of money under it?

We just released version 1.178p. Combined with a couple of other updates that we've released within the last few days, we've released two new multiplayer maps, new terrain, Easter props as well as a new Easter-themed mission "Bunny Hunt"! Easter might not last forever, so go play it while you have the chance!

Despite that we've been fairly quiet, a lot has happened to DTA within the last few months. We'll reveal more about it later on.