This is the Dark Times II: Rising Son full download. Included in the .zip file is a readme.txt file, which should be read first. Also included is the full installer and a folder full of documentation for the mod, which can be read as the mod is installing. Please be sure to read all the pertinent information, and enjoy! 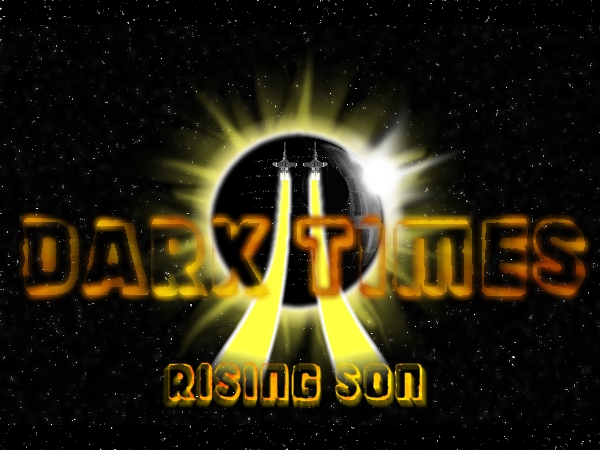 YEAH
I WAS KNOW IT!

I can't wait to see the reactions to this!

This looks like solid work from top to bottom.

Thanks for all of the hard work!!!

it's a very good mod but why change the hero in conquest every time?
that's pretty stupid

I agree actually. It's much better with the same hero on the same map to replay it with them so you don't have to keep reloading. I HATE having to adapt. Not everyone likes change, Maveritchell. >:( Please make this an option to have the same hero!!!

It's for variety. Having the same hero every time seems pretty "stupid" on a static, old game - changing it around makes it a little more exciting.

How do i uninstall the map?

He means exactly what he said; he doesn't like the CANNON side of the story. He hates all the lasers, blasters, and weaponry: the cannons. He would rather play The Sims: Coruscant Partyville, and stop all the fighting. Is that so hard to understand?

should we play the first one or is the rising son enuff to enjoy? thanks. looks good!

Dark Times II includes all the content of the first Dark Times - it's meant to be a replacement for the first in addition to a sequel.

and sorry for spelling

It is likely that your machine has a problem with rendering the water in the game. You can verify this by trying to play stock Naboo (or other maps in this mod with water, like Mon Calamari or Taris). If the problem is not your water, please feel free to send me an e-mail to sort through your problem.

naboo works but the others do not

Are there characters from The Force Unleashed in this mod?

this mod was originaly all about tfu but it became something bigger! :D
great job!

Best mod I have ever played, even better then the conversion pack.

Thank you for uploading this great mod you spared alot of searching time of mine :).

Like it but it dosnt give a real "starwars vibe" if you know what i mean. Its great and I love the map but its just not the starwars we know and love

so? what if it like that. the mod maker need a lot of work to make this mod and it is the same star wars

in the video it shows u playing luke where is this in the game looked through all the campaign and the others where is this?

This ones better than the first one

This mod is great but the Gc for it in hard, i can get pass the 2 mission for it, those droids spawn everywhere and when i respwan i die because there is like 15 of there waiting there for me.

Is this mod safe to use with the Conversion Pack mod?

will this cause conflicts with conversion pack

It wont. I just test it.

Why is Juno not a playable hero in this mod? Out of all the heroes I wanted to play as her the most because she is awesome, intelligent and sexy. Awesome mod BTW.

Nice work, but the campaign sets you up for failure. Everything has to be perfect. YOU CAN'T DIE OR YOU WILL LOSE. I had to play the entire campaign (except the first mission) with some sort of cheat cause it was so hard.

I don't know if it's cause I have windows 10, but it won't work for me when I did the steps to download.

Will this change anything already in the game in such a way that my friends need the mod for multiplayer? Or will it mess up any mods I have installed? I'm new to modding games so I don't know this stuff.

I have the same problem

You might need software to unpack the download (open zipped files). You can download 7zip for free and try that.
Once the files are unpacked into your chosen folder, you can read all the instructions - should answer most of your questions.