After 9 years in development, The Dark Mod is now a standalone release. Doom 3 is no longer needed to play. 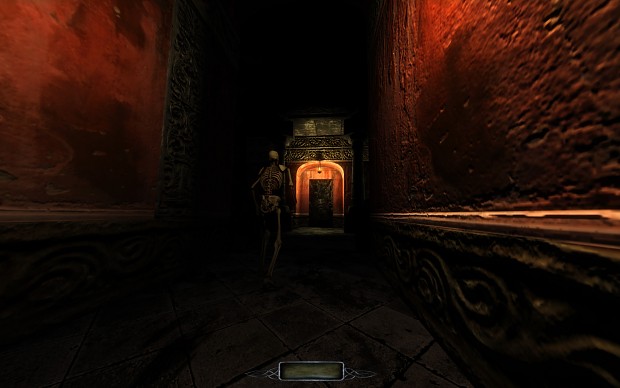 We at Broken Glass Studios are happy to announce the release of TDM 2.0, a free, open-source, completely standalone stealth game!!

First and most importantly, The Dark Modis now completely standalone, which means you no longer need to own Doom3 to play it! We have spent a tremendous amount of time and energy replacing all the sounds, textures, particle effects, and models that we had been using. Hopefully this will open up a whole new audience of people who didn’t want to have to purchase a different game in order to try The Dark Mod.

In addition to going standalone, the following improvements have been made:

There have been lots of additions and fixes to AI behaviour; characters will now greet each other more regularly, and will properly call for help when they’re in trouble. Guards can now hear slightly better, and we have included a new AI Vision slider to the menu, so the player can adjust how sensitive they want AI vision to be. Characters react to bodies in more varied ways now. A bug that made AI very easy to kill has been fixed. Archers will draw melee weapons if the player gets too close. Guards will turn towards doors that open unexpectedly. There are new vocals for specific situations, like when guards are getting shot at and can’t see their opponent. Searching behaviour has been improved. Plenty of old bugs, like the one where AI would sometimes attack with an empty fist, have been fixed.

AI can now hear collapsing bodies, especially if the body is wearing plate mail and falls on a hard surface. No longer will a guard stand oblivious while his friend collapses to the ground two feet behind him. The player will have to give some thought to where they take down opponents if there are other guards in the area.

In addition to replacing dozens of Doom3 sounds, two new vocal sets have been added to the game. Footstep sounds have been improved. Big changes have been made to the sound propagation system that will allow mappers a lot more control over how players hear sound; for example, mappers can now make doors block different amounts of sound depending on their thickness, or can control how much sound passes through windows or small holes.

You should notice a number of improvements to some character models, especially the skeleton, townsfolk, and beggar characters. Arrows will now leave blood-stains. There have been plenty of other bug-fixes, like removing the ability to hide in the shadow of an object you’re carrying (no more sneaking under a crate umbrella). Doom 3 modder "7318" contributed his Skybox fix so now TDM can have Half-Life 2 style skyboxes. See the full change-log here.

Because of the removal and replacement of Doom3 assets, some missions that used them are no longer compatible with TDM 2.0. About two dozen missions have updated .pk4s to fix these issues. New players can ignore this, but if you’re playing missions that you downloaded before 2.0, you may have trouble trying to run them. Most are fine, but a few missions will just crash while loading, and others will load but will have odd visual problems. It is highly recommended that you delete all previously downloaded missions after updating to 2.0!

Going standalone has been a mammoth undertaking.

There were literally hundreds of assets that needed to be replaced, and around seventy maps that had to be checked to see whether any of those replacements broke anything. We’ve been testing for months, but it’s almost certain that we missed something, somewhere. If you see a black texture, a model buried in the floor, or something else unusual in a map, please let us know. If it was caused by 2.0 changes, we’ll make sure we fix it in the next update.

Not sure what TDM is? Watch an introductory video here.
Enjoy!

The Dark Mod has not remained idle in the months leading up to the 2.0 release. Many high quality missions have arrived as either part of the "Unusual Contest" or simply with new members arriving to completely blow our minds with high quality releases...

Here are the entrants to our Community Unusual Contest: 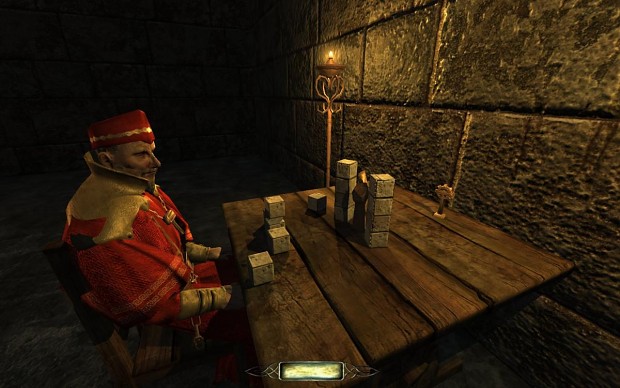 Jesps has thrown us for a loop here. This missions is unusual yet also quite familiar. It's a technical achievement to be sure... Can't say much without spoiling the surprise.. 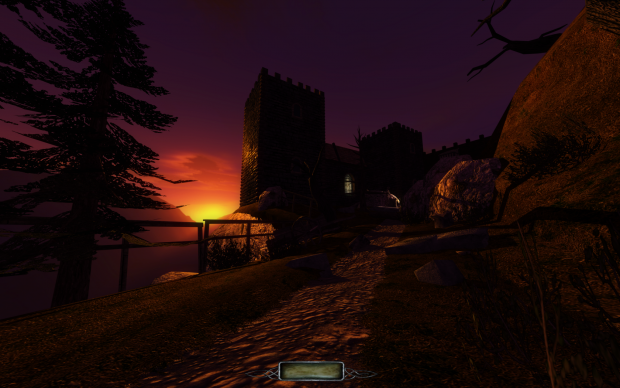 Sotha took this opportunity to add yet another entry into his acclaimed "Thomas Porter" series. He also decided to debut new modular mapping methods and the use of colored dynamic ambient lighting. And lots of zombies...

Fieldmedic: Mission "Not an Ordinary Guest" 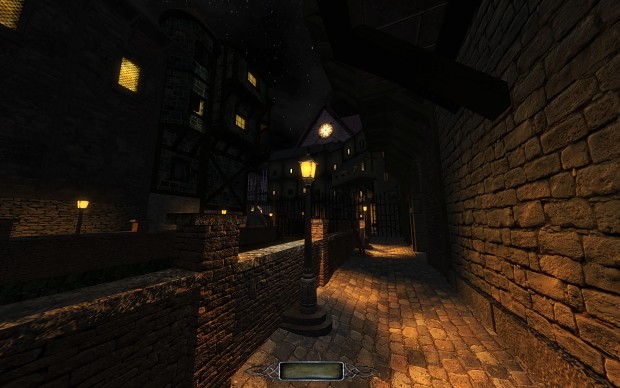 There's no two words about it, this mission is HUGE! You may need to use the image_downsize cvars in Darkmod.cfg just to get this one to load. It has 3 play modes: Thief, Assassin, and Saboteur... I haven't even begun absorbing this mammoth...

Sir Taffsalot: Mission "Vengeance for a Thief Part 2: The Art of Revenge" 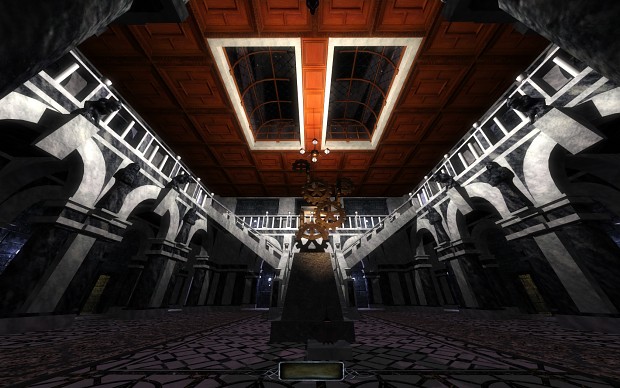 These missions include elements that make them in some way unusual compared to typical TDM missions whether it be game-play, architecture, story, etc. Every mission here has custom scripts for innovative game-play. 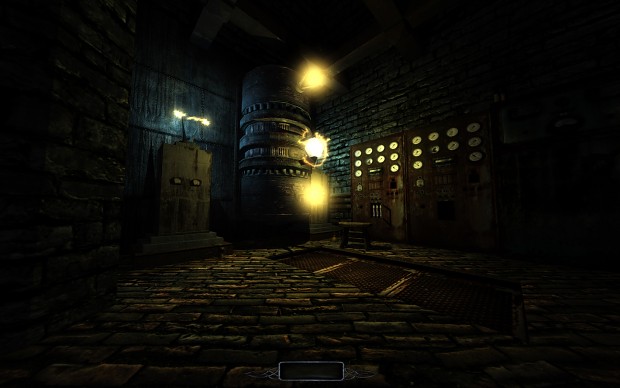 Master author "Melan" took some time away from his work on the Crucible of Omens campaign project to finish a speed-build mission he was tinkering with. While he refers to this as "nasty, brutish and short"... obviously his standards are very high when you consider the amount of custom textures, new models, and the pitch perfect atmosphere. A worthy (highly acclaimed) entry in Melan's stellar mission release catalog by anyone's standards. It seems that the author intends to release a few more of these little missions. I say "PLEASE DO!" 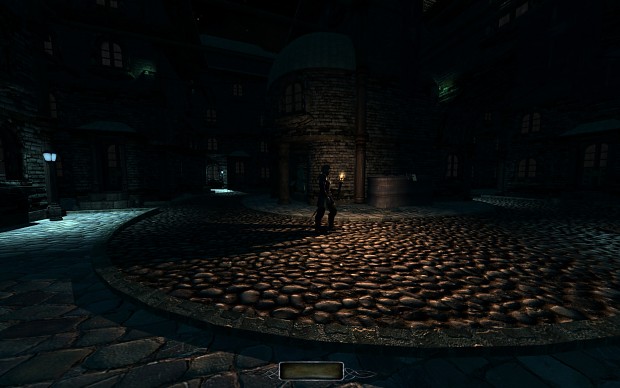 New author Kvorning gives us a Tour de Force mega-sized mission with fantastic architecture, wonderful story elements, and enough roof-top action and mantling to win over a mountain climber. What did we do to deserve this? 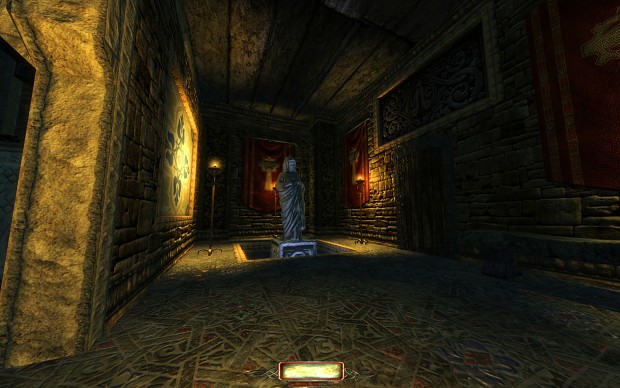 What's this? Another "new" author produces a jaw-droppingly good mission? Moonbo can be forgiven for his facetious "new guy" thing with such a praiseworthy mission. The story is of the caliber you'd expect from this Amazon published book author. What you wont expect? A moody custom music score, animated cut-scenes up the wazoo, balanced game-play, well crafted architecture, thrilling finale sequences... Many are giving this one a 10 out of 10. 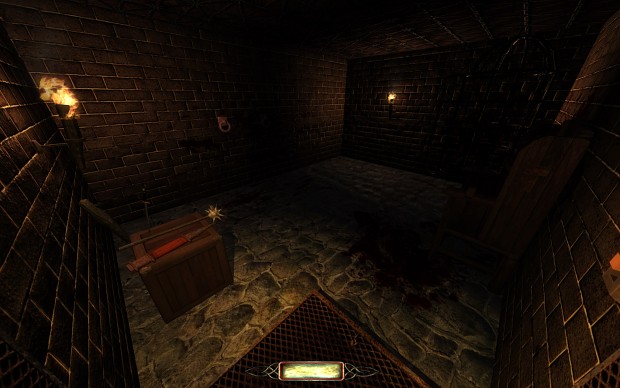 Not to be left out, Tr00pertj's mission "Solar Escape 1" is a nice short mission from a new author with a few interesting twists like hidden rooms and a warehouse sized sewer sanctum.

One of the greatest mod projects of all time finally going standalone, that is simply brilliant news. Thanks a lot for your hard work, I too hope that this attracts many more players to this game – it deserves it!

Torrent link would help so much...

Man, this is great news! Unfortunately, there's so much traffic on your website that I can't reach it :(

Congratulations. Didn't expect this one when I logged onto Moddb.

So are missions bundled with the game, or do i have to download them in game or externally? I'm "new" :P

There's a training mission, and "Tears of Saint Lucia" bundled with the game. All other missions can be downloaded in-game.

If that fails (like right now, when the server is down due to TONS of traffic), you can also download the FM .zip files elsewhere and plonk them into the folder "darkmod/fms". Future proof!

Okay, thank you! Still trying to download the game via torrent.

but you know what, i'm glad, i'm glad because that means you guys made a brilliant job, because it means there's a lot of happy people out htere downloading the dark mod, so dont be mad about the this delay guys, lets celebrate it as the birth of something beautiful that is the dark mod, and just in time for the reboot as well =D

PS. sorry for the spelling mistakes i' just too lazy to correct them (:

Pff, who needs Thief 4 if we have this! Partymode activated, wooho, congrats guys!

One of the greatest mod projects ever made, indeed.

Hey folks, we're doing what we can to offer more download options. That said, one way to speed up the process is to download the TDM 1.08 installer hosted here and use the tdm_updater to upgrade it to TDM 2.0. You don't need to have Doom 3 installed to do this, simply create a darkmod folder anywhere on your hard drive and copy the contents of the zip package into it then run the updater. It will still probably take awhile as the change from 1.08 to 2.0 is probably a few 100mb at least and you guys are still killing our servers :)

Congratulations to the whole Dark Mod team! Thi4f looks like utter crap, so I'm happy that the real Thief legacy will be continued this way.

Does it run on Linux Mint 13?
And why is this not already on Steam Greenlight?

I believe we have TDM players on mint. I know that the Linux build can be a bit finicky because of the whole boost library mess. There are some plans to remove boost if possible as I recall.

Decided to add a little to the article. Hit the character limit...

Heh, got past it. Full story up.

This [Free] standalone is a great opportunity to test this genre.
And to therefore judge whether to buy thief 4...

Never been a fan of the thief series but I must say this mod is definitely outstanding.
Congrats!

The Torrent saved me lots of waiting! Kudos Guys!

Eat this THI4F or whatever you called!

First time I've heard of this mod, and all I can say is... I'm blown away by the amount of detail, effort and time put into this.

I should give this a gander when I have the time to do so :)

Let wait for Hexen: Edge of Chaos to be standalone. That will be even more awesomeness as we living the world with the advance technology do not requirement of anything now. Just download, install and play without any charge. Anyway, if this work at Win 8 ? I know is a stupid question. But I really hope have an answer. Because, in three day. I am upgrading my OS. Also, good luck for the upcoming project. If you guys announced.

Thus far, on Intel HD graphics, TDM will not start unless it is started in Windows 7 compatibility mode:

This may not be representative of other graphic hardware and may be due to early Windows 8.1 driver support.

Hurrah! Gonna Check it soon!
Nice work You guys, have a beer on me!

It recreates the atmosphere from the original series perfectly. This certainly is one of the best mods I have ever played.

why dont u get it greenlighted on steam?

Finally tried it. Played the mod ages ago and I was amazed by how it turned out, congratulations!

You guys are genuises. This mod/game shows how normal guys can pull an awesome gaming-experience out of nowhere... Some developers should learn a lesson from you. Thumbs up !

cant wait to check it out.
last:
are you guys considering moving onto professional game making? and if not why not?

why do downloads of missions take so long, i wish it was faste :(