“It’s a tremendous achievement – a detailed tribute to the Thief series…. Projects like The Dark Mod are a way for those fans to say “if you won’t make it, we will” – to deftly lift what was good and meaningful about the games that inspired us years ago and run away with it.”
– PC Gamer

“this is splendid….it’s basically Thief…but in Doom 3.”
–Rock, Paper, Shotgun

THE DARK MOD was once total conversion of Doom 3, and now is a STANDALONE GAME with the release of TDM 2.0!

A dark and moody stealth game, inspired by the "Thief" series by Looking Glass Studios, The Dark Mod includes creative new gameplay features, dozens of unique AI, and a complete set of custom art assets, allowing players and mappers alike to enjoy missions in a gothic steampunk universe. When you play The Dark Mod, you feel like you’re playing a gothic stealth game…there’s nothing left that’s recognizable from Doom 3.

This game is first and foremost a toolkit, allowing fans and team-members to create their own stealth missions in a gothic steampunk environment. But there are already over 100 full missions for download, including some small campaigns, so it certainly feels like a game. The only difference is that you have to choose which missions to install and play.

The Dark Mod world can be viewed as an alternate version of our own. It is a mixture of several historical periods, with architecture ranging from medieval castles to Victorian mansions. In this world, steam and clockwork technology were discovered much earlier in history, allowing for odd inventions and industrial warehouses to exist side-by-side with Gothic cathedrals and sword-wielding city watch. 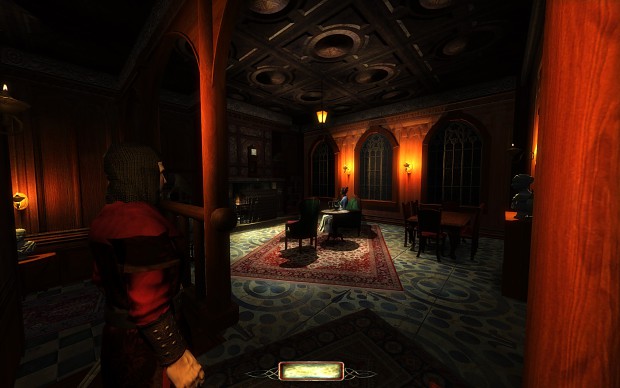 We also maintain our own mission editor, called Dark Radiant. It is an updated version of GTKRadiant, and has a lot new features (Python scripting support, many bug-fixes, new Particle preview, Texture Tool etc.) and comes with a number of Dark Mod related plug-ins like an Objectives or Conversation editor. 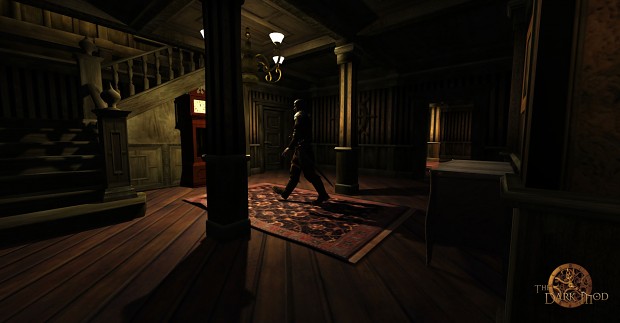 Players could ignore the new features like Soft Shadows, Multi-Core and Uncapped FPS

and have a mostly unchanged experience from 2.05.

But we all know that wasn't going to happen...

Players stumbled into issues with these new features rather quickly.

In 2.07 you no longer need to worry about these things!

In 2.06, we sorta faked AA when Soft Shadows were enabled.

Instead of rendering true MSAA, we simply increased the internal resolution to

something higher than the native resolution.

This resulted in a HUGE performance hit when enabling AA.

In 2.07 this is fixed. You can use AA without any huge performance loss or screen artifacts.

2.07 has improved the way that multi-core rendering works.

thanks to Cabalistic, Duzenko, and Stgatilov working to make the VBO more like the one

Glass effects with no line artifacts

Shaders that use the Depth buffer were causing feedback loops and line artifacts in 2.06

when Soft Shadows were enabled. This is now cured.

The new GLSL shaders in 2.06 looked very much like our old ARB shaders but somehow we forgot

to clamp the math for some areas. This lead to many artifacts around lighting with bump maps.

Now the shaders are closer to the ARB versions and many artifacts have been cured.

EFX Reverb only where it belongs

EFX reverb is now only applied to appropriate in-world sound emitters. No longer will you

reverb where it doesn't belong.

Somewhere around 2.05 a bug was introduced that caused the Mission Statistics to render

all Zeros if you got 100% loot in missions that skip the "Shop" at the start.

2.07 now shows all the correct totals in this scenario.

etc without having to go back and forth to the menu to disable uncapped FPS and multi-core;

and has made the whole project significantly more stable!

Along with the many fixes a few new features crept into 2.07!

"Enough is enough!!!! Mantling small objects is silly in TDM and must be fixed!!!"

Now you can enable an indicator that shows you the center of the screen to help you frob small objects or frob objects cluttered among other frob-able objects.

Without even knowing about the old forum thread about modding TDM to use HRTF audio, our Lead Developer stgatilov added it to TDM to fix a positional audio bug. Now TDM has much better positional audio with better 3D presence when wearing headphones (and the bug is fixed).

Imagine you are a mission author, and you want to add EFX reverb to your mission.

Now look at this:

With the new EFX Preset feature, you no longer need to parse all that and can simply choose a preset

with the desired sound preconfigured:

Whew! Now it will be much easier for mission authors to add EFX to their missions!

The Soft Shadows in 2.06 are really good but one thing that the developers

In real shadowing, the closer the shadow casting object is to the receiving surface the harder the shadow. In 2.06 we could only get half way there. Objects that were closer to the light source had harder shadows but all shadows became blurrier as the shadow casters were farther from the lights.

To make it easier to achieve this feature, Shadow Maps were added.

In many scenes, Shadow Maps also boost performance because the CPU no longer has to skin the shadow casting objects and determine the silhouette. 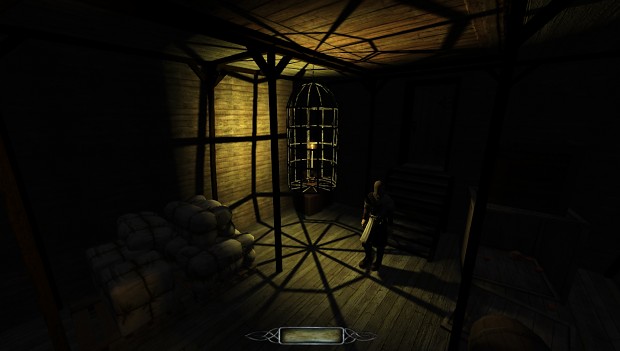 With Stencil Shadows in 2.06 we could only make shadows blurrier as they got farther from the light. 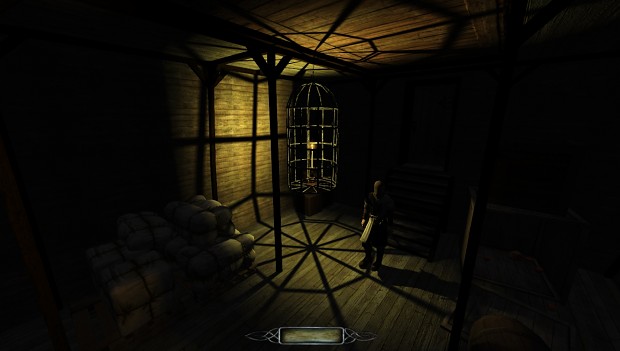 Notice the ceiling and AI shadow and how they are either softer or harder than the Stencil mode versions. This is more true to the way real shadows behave!

In 2.06 the 64-bit executable could be substantially slower than the 32-bit version because

it lacked low level SIMD optimizations. In 2.07 both the 32-bit and 64-bit versions now offer

AVX acceleration for SIMD code. Now performance is matched between the versions and they

both have better performance

to offer the screen. While this works great in-game, it often causes your Desktop to inherit

these Gamma changes if the program closes unexpectedly. We now offer 2 Gamma modes that

use shaders to adjust Gamma so this problem can be avoided. Further, Soft Gamma does a better job

of reducing banding than Hardware Gamma.

2.07 now ships with pre-made Traps so that mission authors can easily add all sorts of interesting

traps to their missions.

"Select All" in the Mission Downloader

to choose them one-by-one. 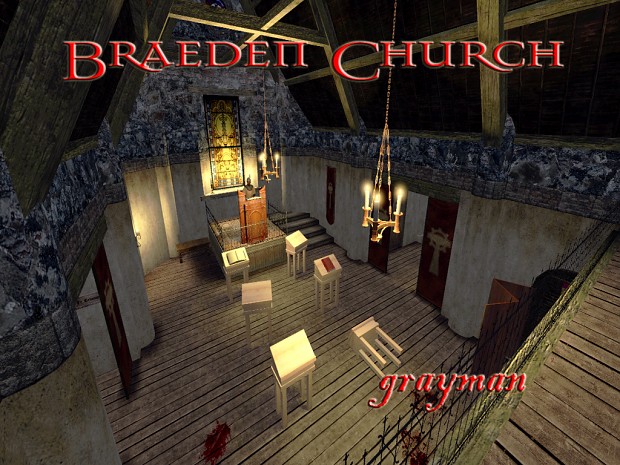 Grayman gives us a history lesson about what happened in the past for many of the characters and places that populate his William Steele series. 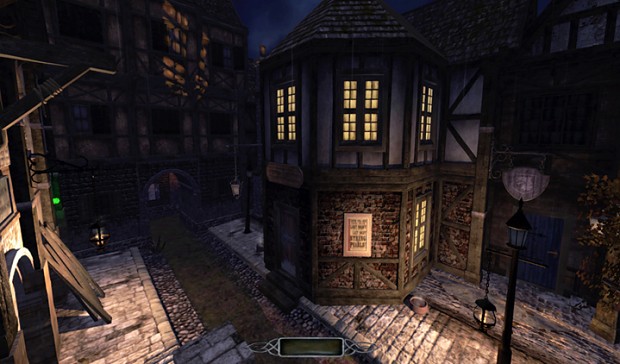 After a recap about the past of the William Steele adventures, Grayman releases one of his largest William Steele missions yet. A revenge plot and mystery await you here. 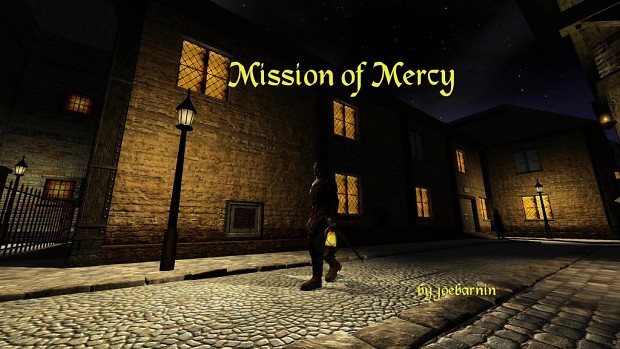 joebarnin's first TDM mission! Find the cure to a new plague that has hit Bridgeport.

The Night of Reluctant Benefaction 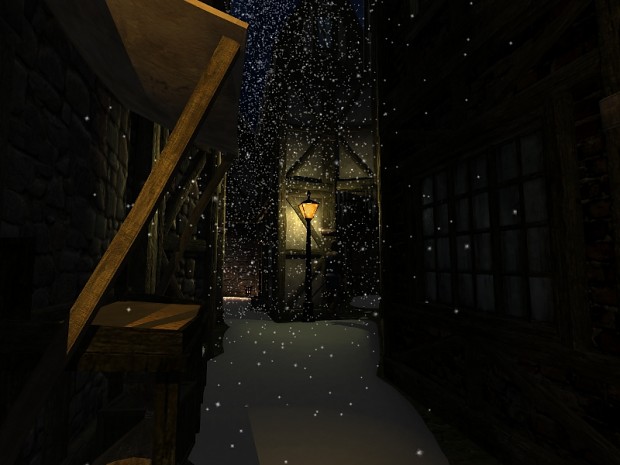 Biene offers another quality mission for The Dark Mod. This time with a Holiday twist. 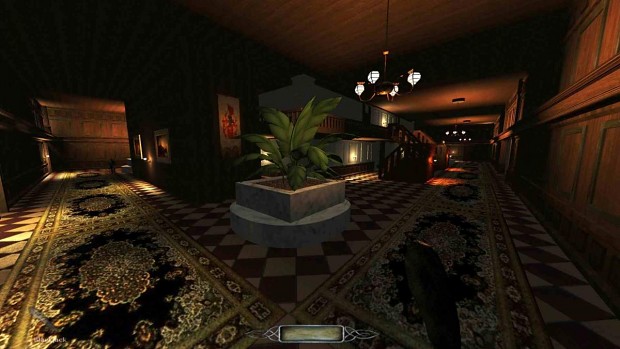 The Dark Mod 2.05 arrives with new "Modular Content" and optimizations...

Down by the Riverside

The long road to the 2.04 release has ended. 2.04 is the culmination of over a year's worth of bug fixes and feature additions. We have cured a number...

Shortly after the 2.07 release, updated AMD drivers caused rendering errors for The Dark Mod. This patch tries to rectify that.

tdm_updater is a tool that will automatically create a darkmod install in whichever folder you run it from. This is the official way perform a fresh install...

tdm_updater is a tool that will automatically create a darkmod install in whichever folder you run it from. This is the official way perform a fresh install...

The entirety of The Dark Mod in one archive package for the first time since TDM 2.0 Standalone

Freyk's new GUI installer for The Dark Mod (Windows). This tool simplifies the setup for users who fight with Window folder permissions (etc) when trying...

Hi
After installing the Beta 2 Hotfix the Enhanced Renderer just makes all the walls black running on my AMD hardware. The game will only run using the Simple Renderer. Will there be a fix for this in 2.08?

Can you provide your full system specs?

Hi Anderson, thanks for your reply!
my system spec is old but still serviceable; RX480 graphics card, AMD FX 8350 8 core CPU, ASUS M5 motherboard with 16 gigs of RAM. All running on Win 7 64Bit. Going to upgrade soon tho to Linux. So perhaps that will fix it?

I think it should run on Windows/Mac as well.

Not sure if developers are reading the comment section here for technical details.
Perhaps you can copy paste your issue and your system specs to The Dark Mod forum? The account take 2 minutes to create.
Forums.thedarkmod.com

Thanks for the link. I think, as I am just about to tear down my PC, I will finish it's rebuild and upgrades then try again. It might have been a graphics driver update that did it as it used to run perfectly. It could also be an update to the game build itself too I guess. I know build 2.03 ran fine but thats quite old now.

Great mod, must play for all thief fans. Contains great, userfriendly editor (To tell the truth, this mod is mainly the editor, and fans are making FMsú and a lot of super missions. Try it and you will be surprised.