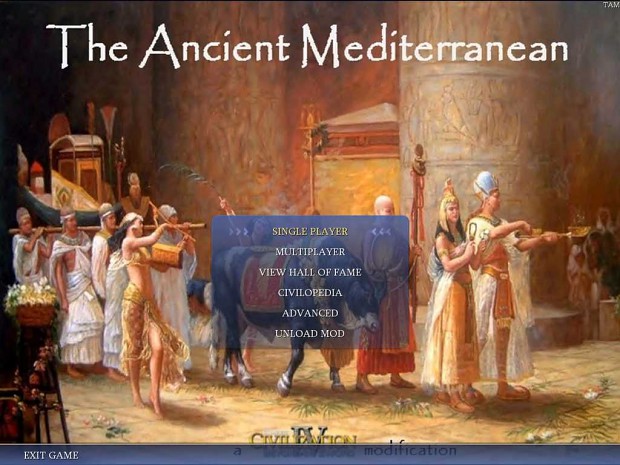 More good news for the modders out there with their eyes set on the world scale, Civilization IV is now supported by Desura. Which means developers will be able to upload and make available their works to the community surrounding Desura. Let's welcome Civilization IV and the flagship mods to Desura!

We are always looking for more fantastic mods to support over the service, if you know of a mod or are apart of a mod that you think needs to be on Desura let us know support@indiedb.com and we will do our best to get it ready, even if we do not support the game the mod is currently for let us know either way.

A larger amount of mods for Civilization IV is currently supported.

To list them all, some prominent total conversion mods such as Planetfall (a take on creating an Sid Meier's Alpha Centauri's sequel), Dune Wars and Rise from Erebus, as well as smaller ones (Hundred Years' War) and those striving to create a feel of "unofficial expansion packs" - Legends of Revolution, Rise of Mankind: A New Dawn, The Ancient Mediterranean and Thomas' War.

The Ancient History Encyclopedia (ancientopedia.com) is a new project by Thamis, the original creator of The Ancient Mediterranean MOD. It's a community-based...

After lots of polishing work, mainly by Ambrox and Graywarden, we’ve released what we consider to be the final version of The Ancient Mediterranean...

See the summary of the main download file, this is exactly the same file but in ZIP format for Mac users.

This is version 0.91 of The Ancient Mediterranean MOD for Civilization IV Beyond the Sword. Read below the fold for all information about this version.

This patch includes various gameplay balancing details and graphics updates. It requires an existing TAM v0.90 and CIV4-BTS v3.19. Read below the fold...

This little patch will make your TAM MOD compatible with CIV4 Beyond the Sword version 3.19. Unzip the file and place the DLL in the TAM 0.90 mod's Assets...

These are animated leaderheads for TAM BTS if you wish to replace the static ones. Installation guidelines: 1) Copy the downloaded EXE into your BTS MOD...

Requires Civilization IV: Beyond the Sword version 3.17 ONLY

Hi, I (a computer-illiterate) own the Civilzation 4 Complete edition, saw this awesome-looking mod and have been trying to install it using Desura. However, whenever I wanna start the mod the game crashes and I get the following message:

Does anyone know how to fix this? Any help would be much appreciated!!

The Ancient Mediterranean BTS v0.91 for Windows is a very super designed mod but it is unplayable... because you cannot build fully developed maps for this version of TAM. TAM v0.82 was fully developed by me, I mean every field got a roadtype, bonus and an improvement and at last every civilization got a huge army with ten units per field. I shrinked the units in this TAM v.091 to one unit per field but the game crashes after a while. There's no way: setting the graphic down or start the game in windows mode - no way - every time crash (runtime error or d3d9.dll and so on). Other mods were possible, think on Next War. I'm very angry about it because I had spend a lot of time to create the map - and I got very less time to do that. If you have written that is a Beta I wouldn't write this here - I would have accepted it. What I want to say is that you should to consider this case - if the people play the game and build their civilization out to a certain size the mod cannot stand by this. Best regards, empollon

Ah, ive downloaded and played this mod... Absolutely stunning. I love what you have done and all the custom things you put into it. Great Job, i love it. Continue to make mods like this fellas.

That looks good! Hope I can download it, though...

il give it a try

Diversica Civilization IV: Beyond the Sword

Warhammer: Heart of Chaos Civilization IV: Beyond the Sword

Erebus in the Balance Civilization IV: Beyond the Sword

Beyond The Game Civilization IV: Beyond the Sword