Teenage Mutant Ninja Turtles - Tournament Fighters Remake.
Recreation of the legendary game on the engine M.U.G.E.N.
- based on the classic cartoon series of 1987.
- the best characters, collected from various video games and created from scratch.
- Combos and supermoves in the style of MvC fighting games.
- New arenas in HD resolution.
- music from the classic NES-version in modern arrange.
- Intros and endings for all characters.
- uses all the features of the engine, in terms of graphics and gameplay.

Screenshots of the beta version:
Roster 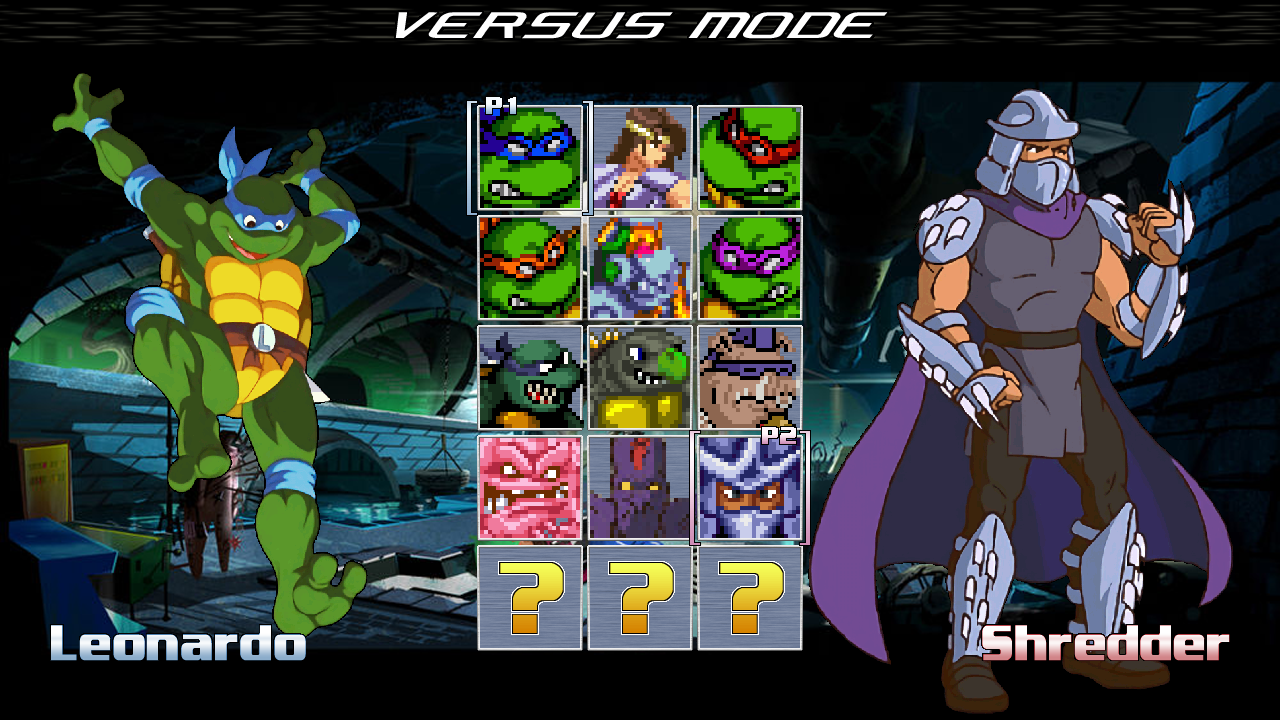 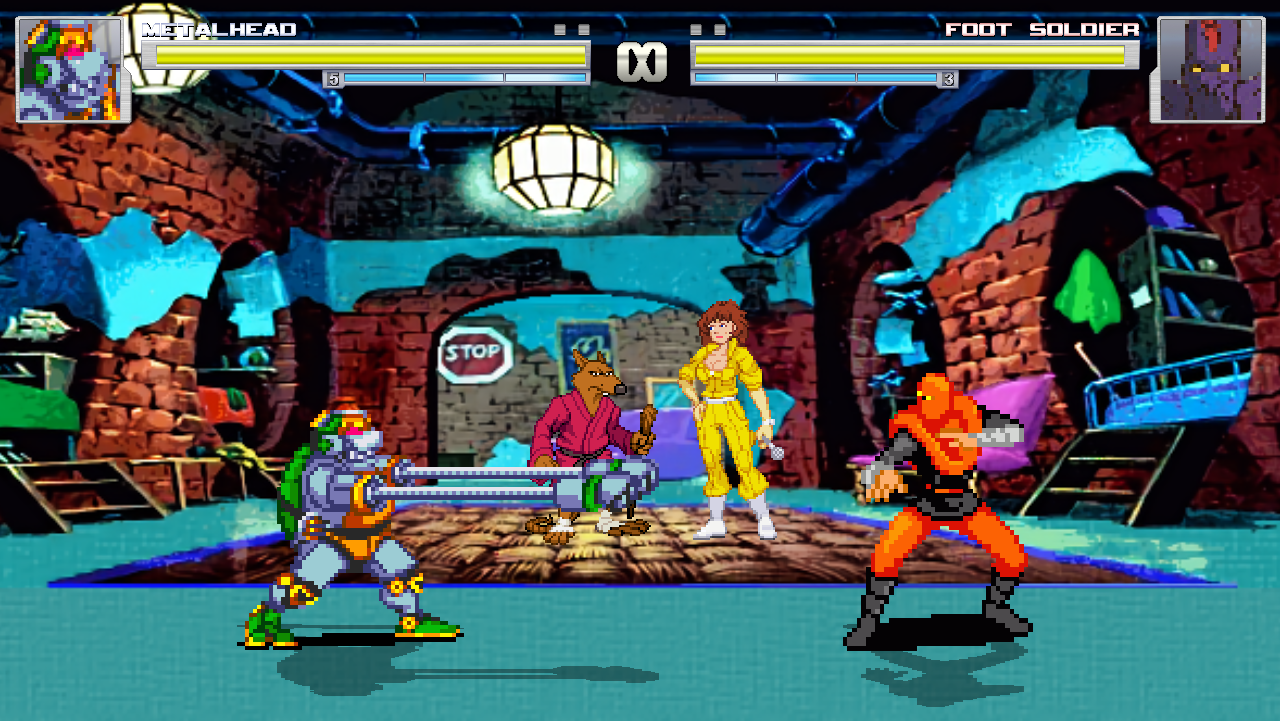 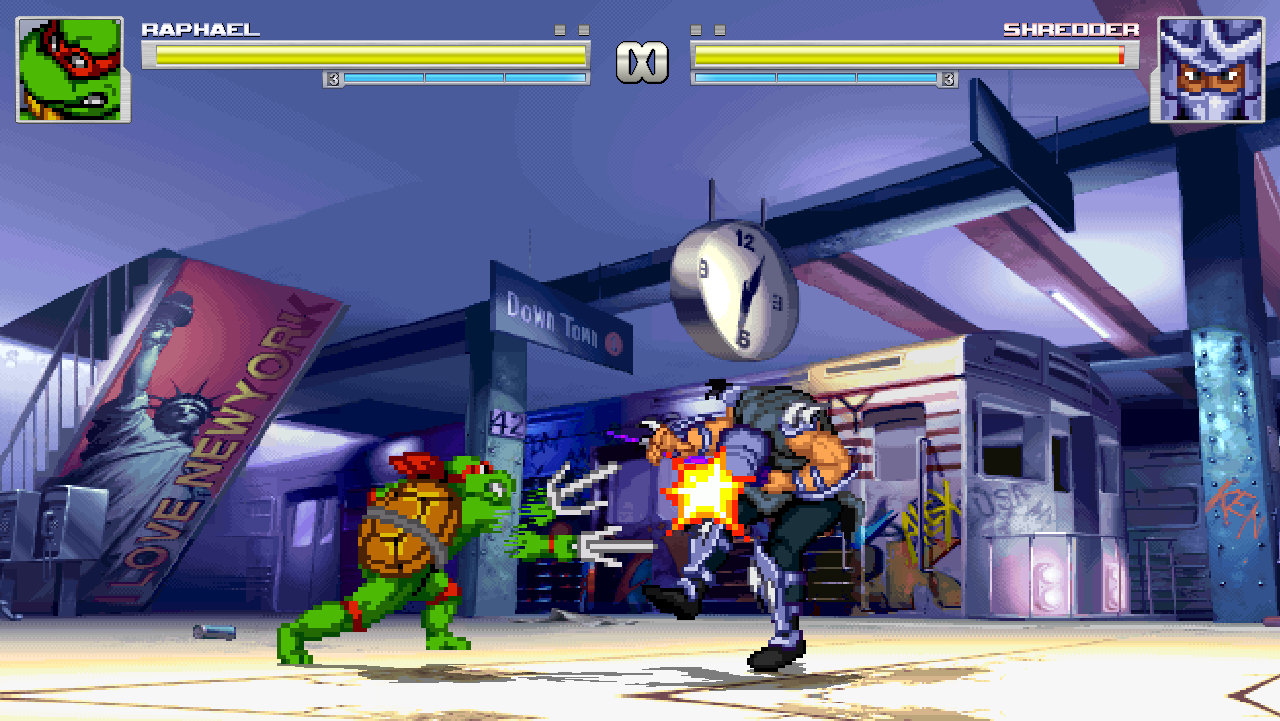 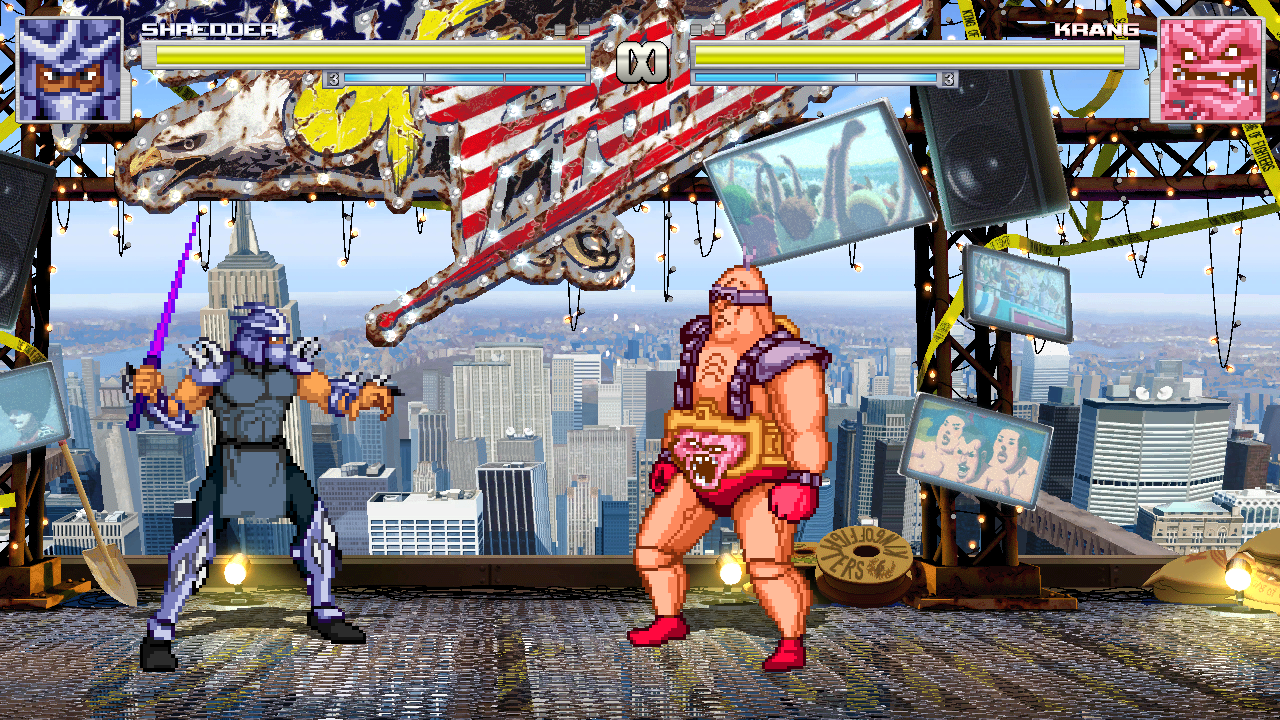 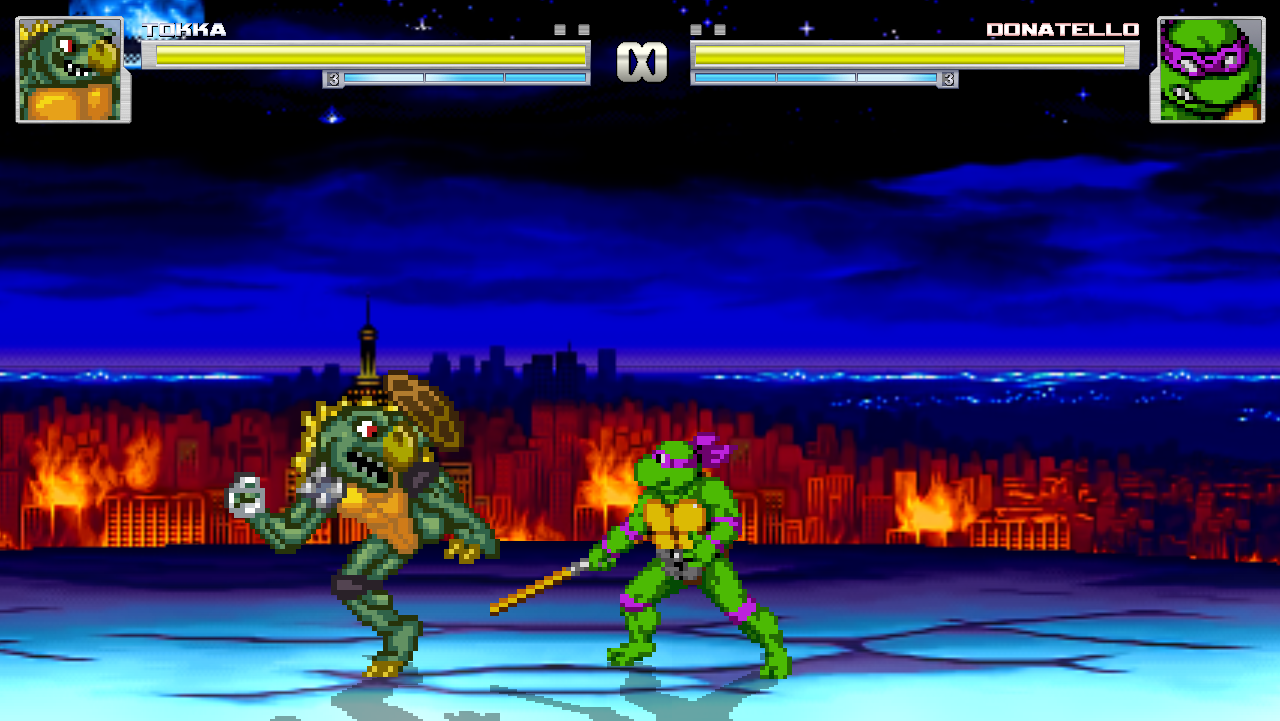 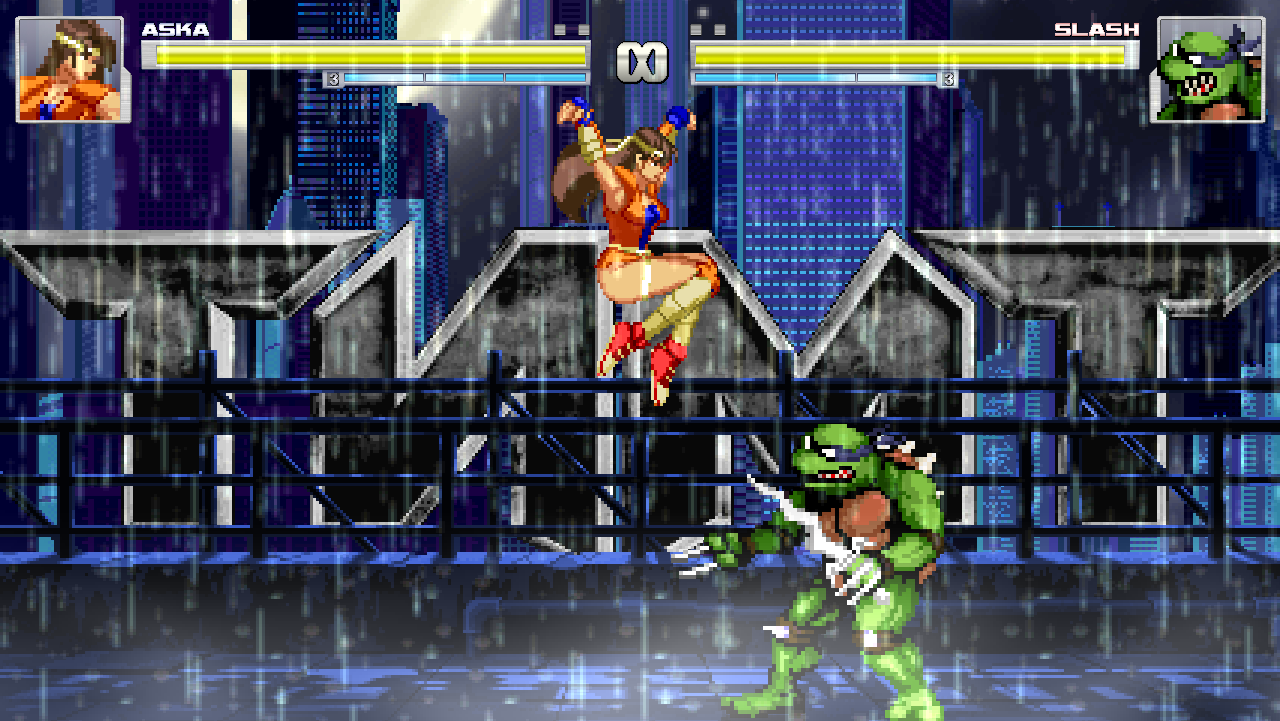 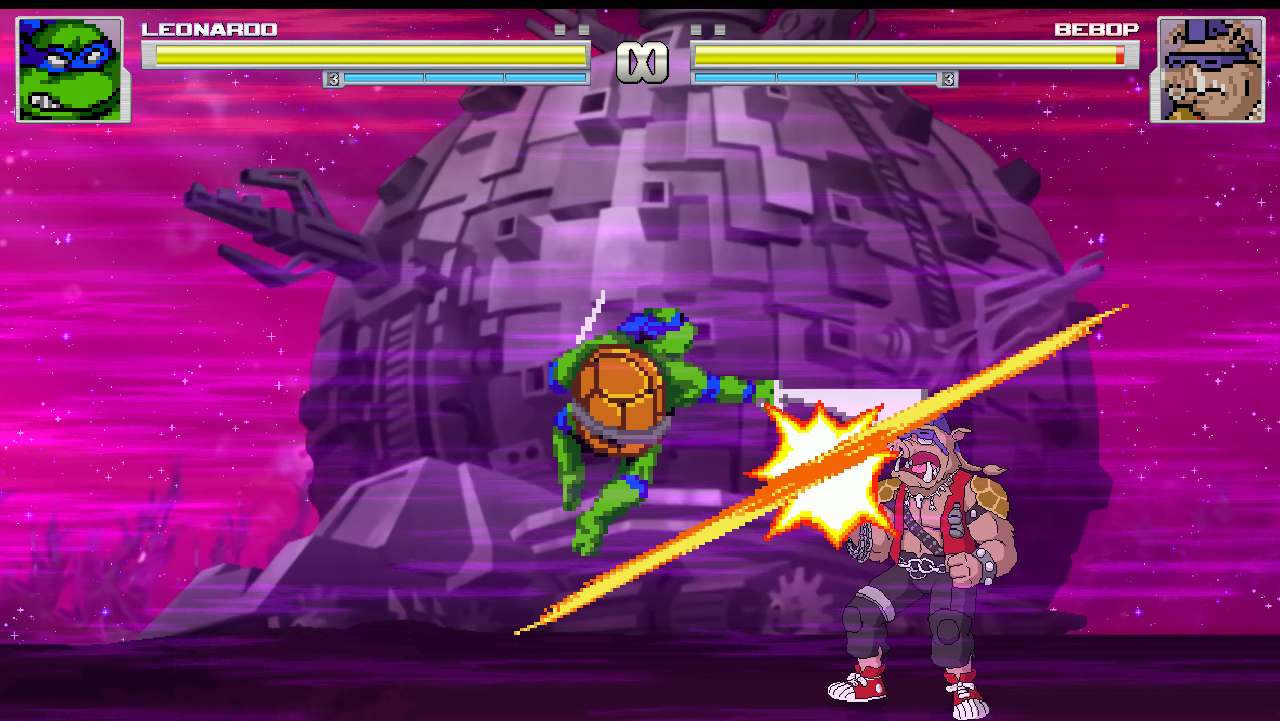 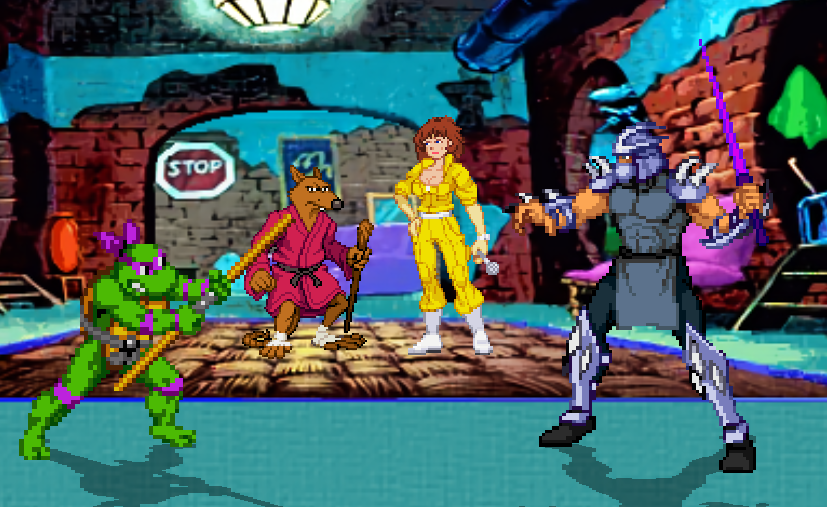