In a world where brainless social media thots have evolved to control the minds of thirsty nu-male virgins and dude bro studs, an evil syndicate of thots proceed to build an army of foot soldiers in their quest of global thottery. What remains of the sane men left remaining on this earth are an international task force of special operators known as The Tactical Thot Exterminators. Play as Sergeant Wide Boi, assisted by your comrades Finna Nut, Thick Ni🅱️🅱️a and Zenon as you take on the armies of of the Grand Towering Thot Queen. Build your army on Mother 🅱️ase and prepare for action.

This mod started out as a little inside joke with a group of friends in an old Discord server I used to be in. It was almost around this same time when I was also still working as a dialogue sound designer for the absolute horse crap wonderful and lovely game, Hunt Down The Freeman, making NPC's lips move in Faceposer and working with general audio lines for the game.

Posted by NutritiousBagCircles on Jun 28th, 2018

A note from Telvy Phil:

Howdy-Ho there! I'm Telvy, I'm the one responsible for this goofball of a mod.

This mod started out as a little inside joke with a group of friends in an old Discord server I used to be in. It was almost around this same time when I was also still working as a dialogue sound designer for the wonderful and lovely game, Hunt Down The Freeman, making NPC's lips move in Faceposer and working with general audio lines for the game. 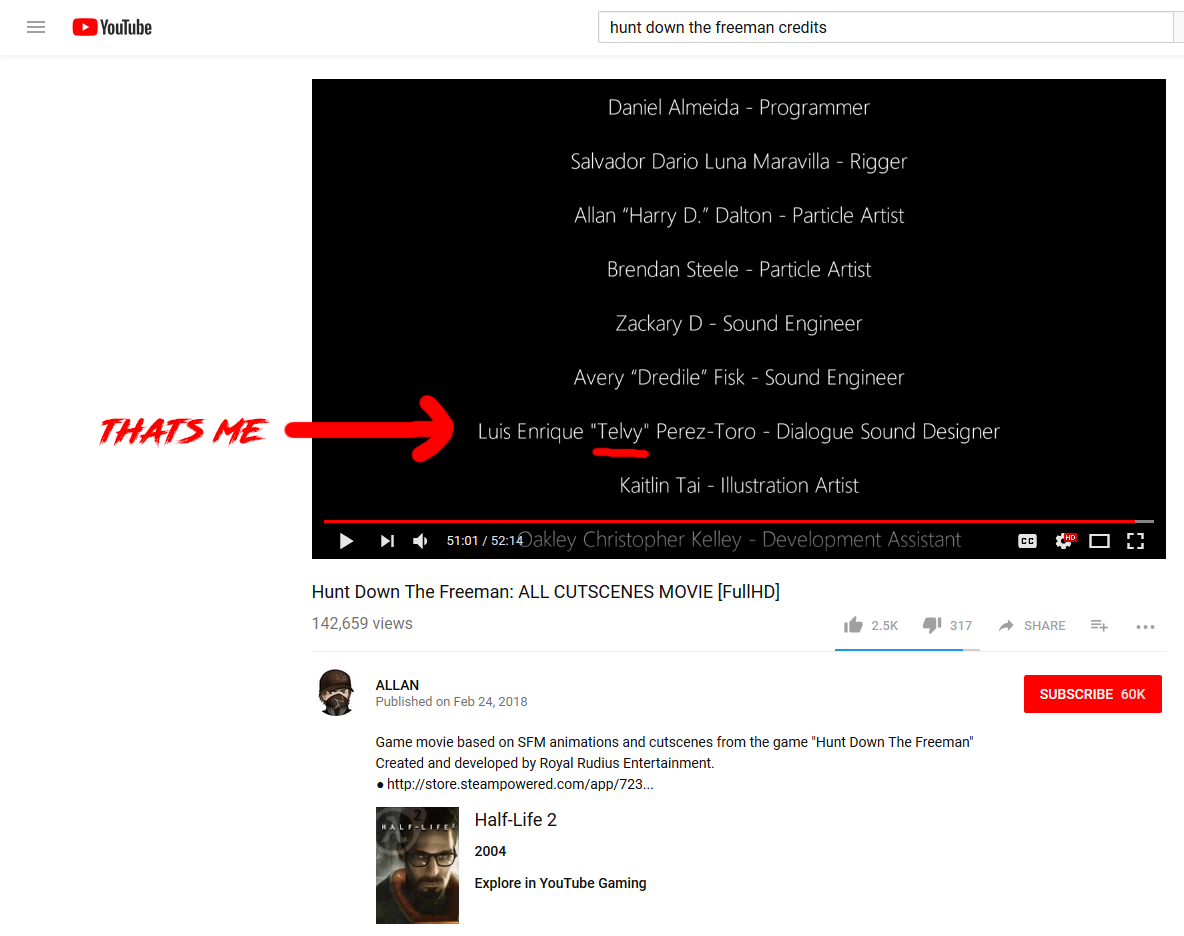 yeah...I worked on the audio files but someone else was responsible for placing them in the game in the way it is now.

Anyways after the launch of the game and the tomfoolery that ensued afterwards I was left with a file in my computer and a handful of unfinished maps. Later on it got worse with the server I was in eventually being deleted by the server owner due to strange drama within the group. One by one members began to leave and contact with them dissipated. The people that were going to be there to help me with the mod were now all gone and it was just me. Later on I kept working on the single map that the mod was going to start with and took around 1 month. I was still extremely rusty at mapping in Source and was very inexperienced with how errors and leaks can drastically increase compile times, thus making development unnecessarily long. What resulted was a barren No Mans Land like wasteland where the game would begin in a trench.

Time went on and a handful of other maps were constructed, motivation came and went until my pal Vincent Fallow showed up. You see, Vincent was a core voice actor for the game who played a somewhat vital character in Hunt Down The Freeman. After telling him about what I was making he was ecstatic and joined with a full heart of joy. He later produced to voice act a number of NPCs in the opening prologue and will soon proceed to voice act an important character later on in the game if I choose to commit to it.

The man has placed a lot of effort into what I wanted him to do and so I've decided to commit to the end and not let his work and talent go to waste. Since then I have completely remade the first map into a new one and used the old one for an introductory cut scene. The result was a more spacious map where the player was free to walk around and talk with his local komerades in the last defense against the Thots: Fort Roastie! 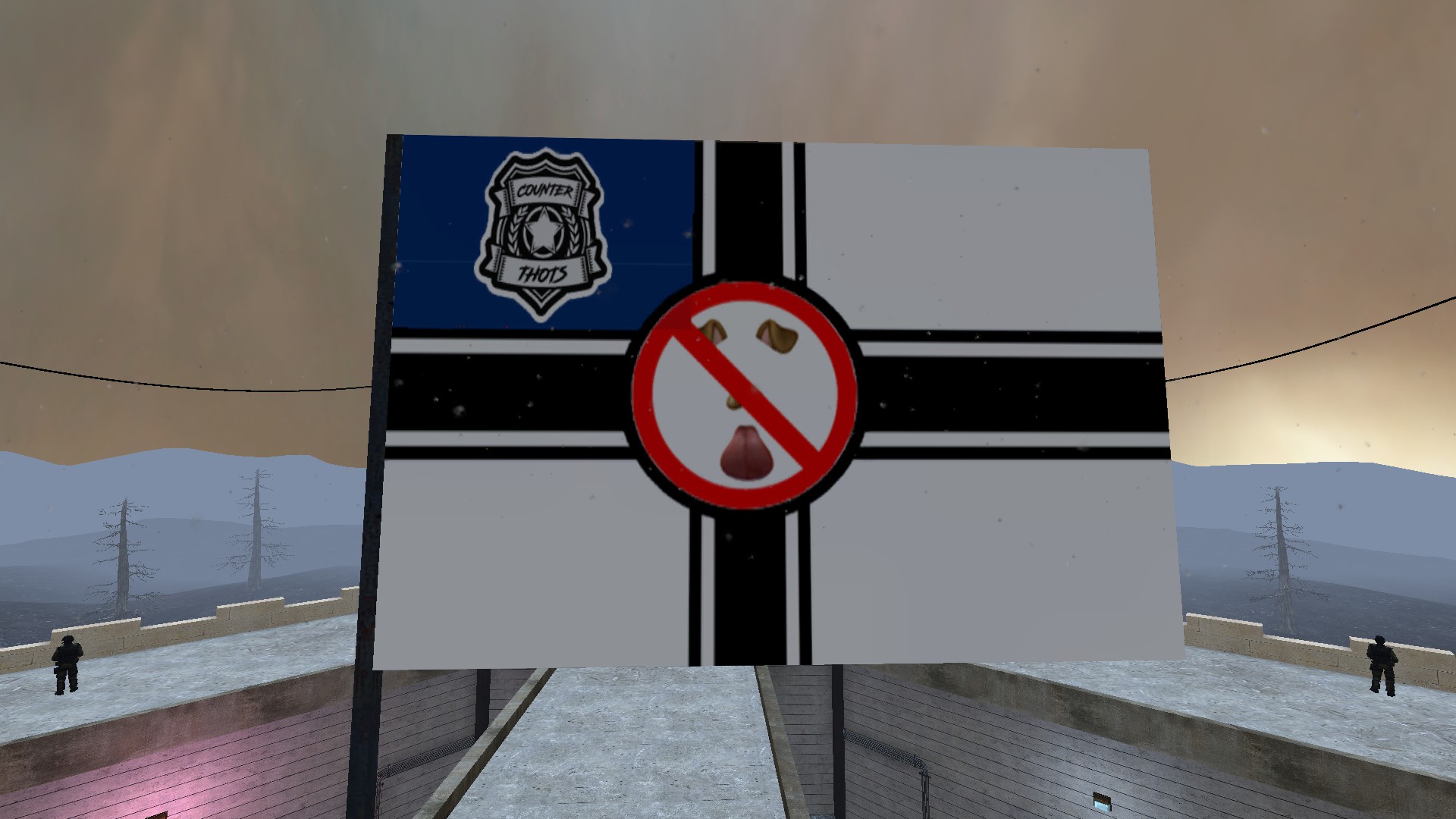 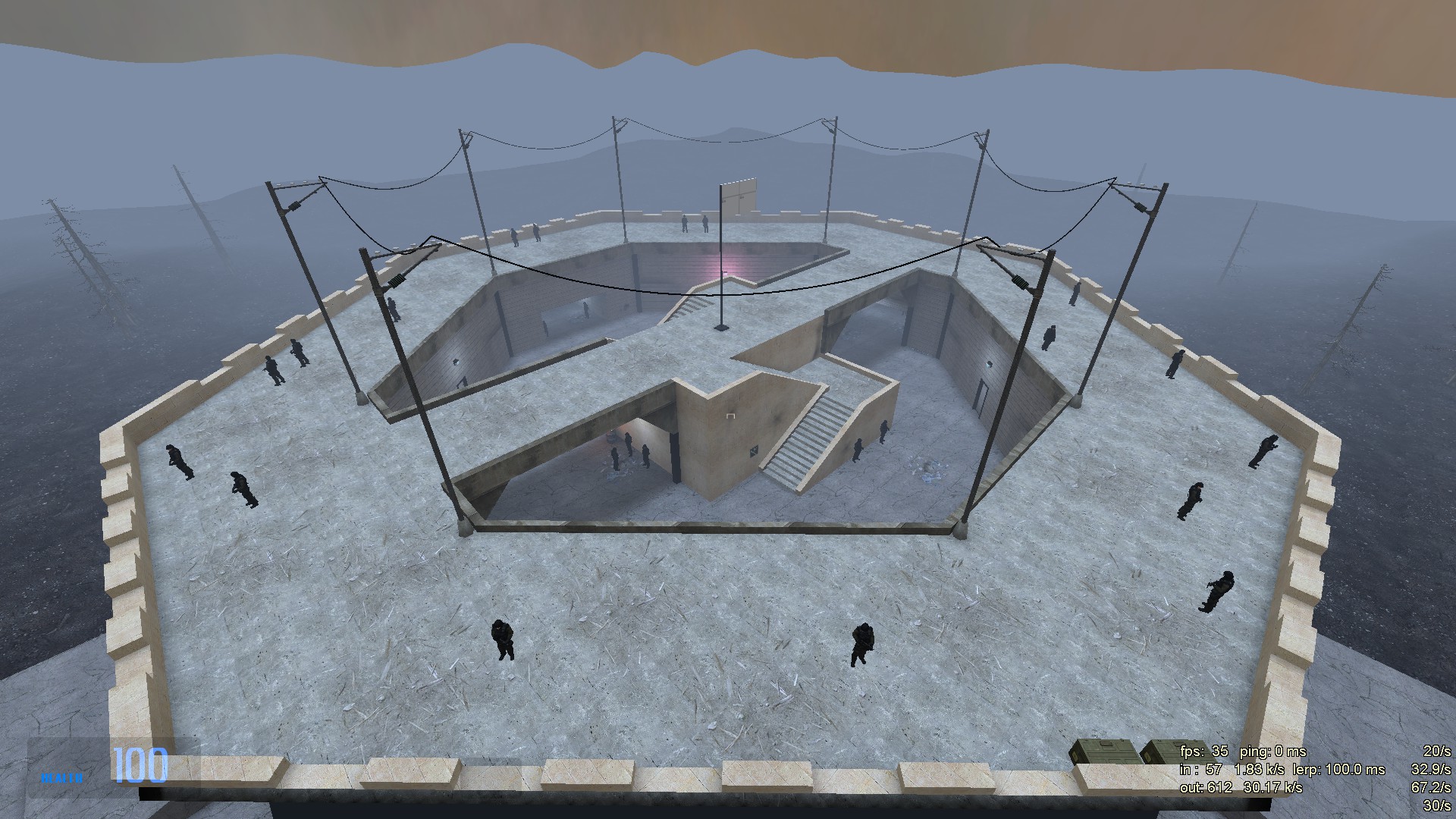 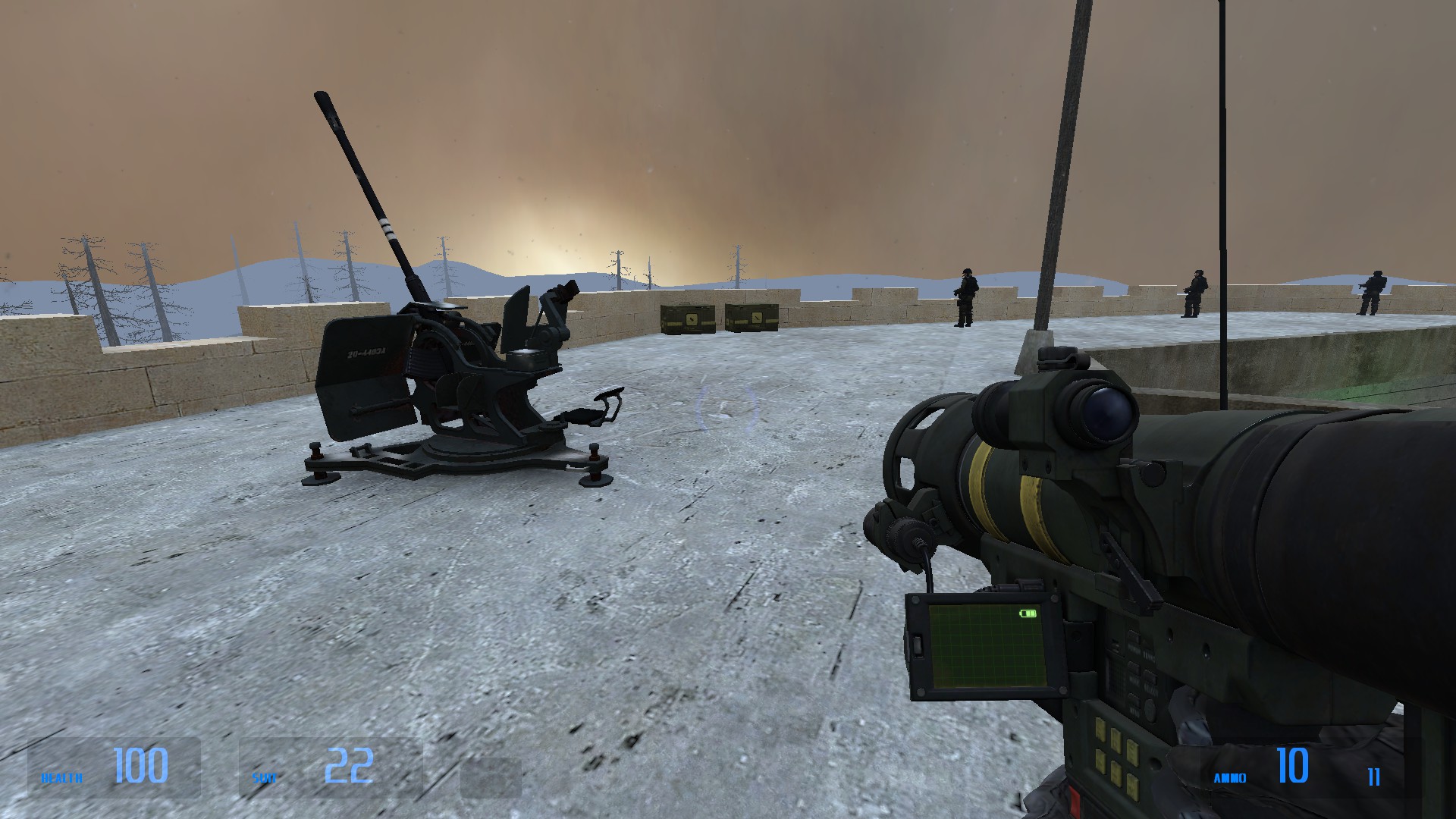 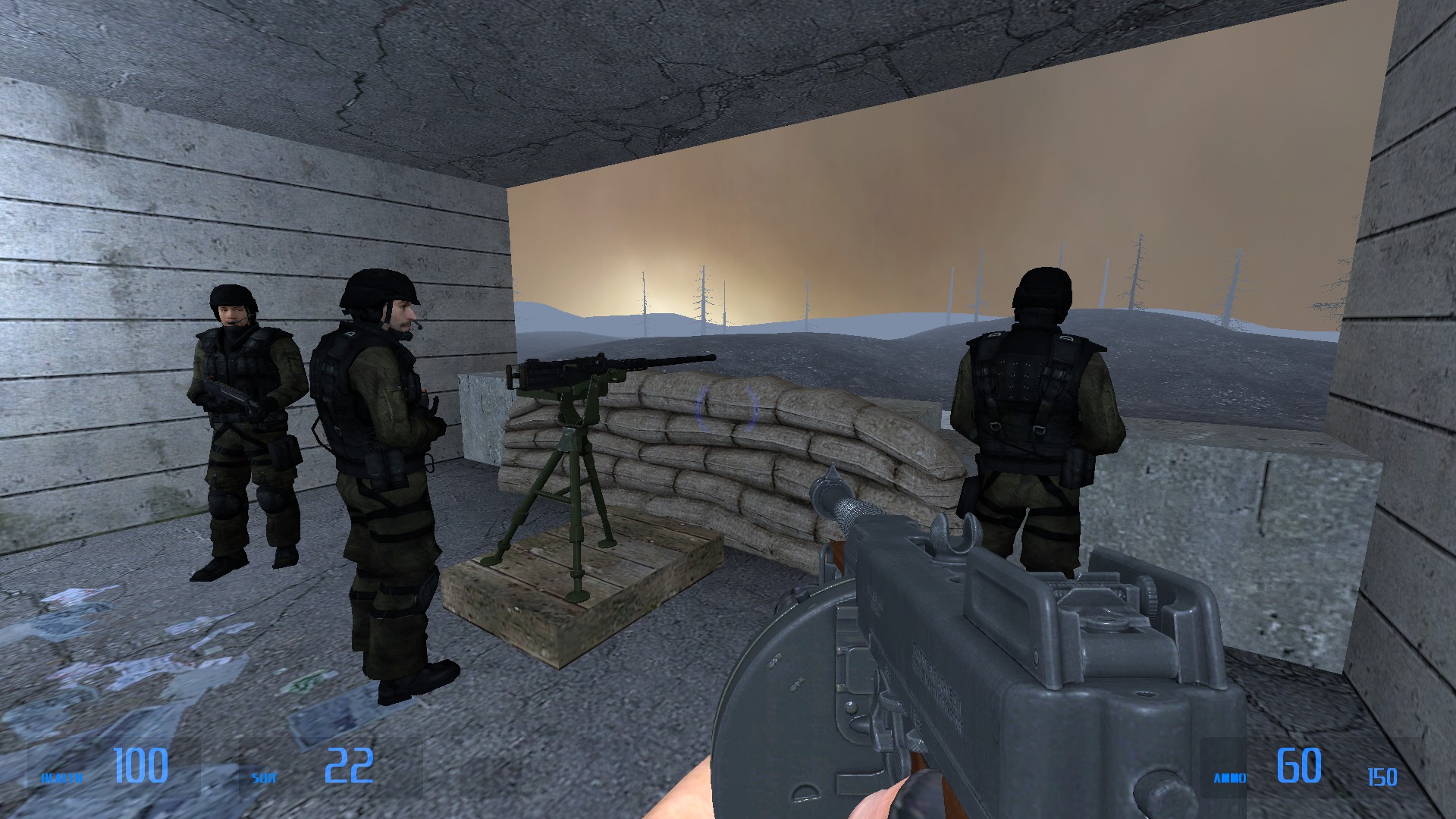 Now prior to making this map I did actually spend a rather large amount of effort on actual playable levels for the first chapter. These levels were to be know as Escape from Castle Thotenstein. It was a clear and direct parody of the classic 90s Id game Wolfenstein 3D since the maze-like, corridor entrenched layout was in a sense ideal for testing out weapons and damage values for the game to be utilized more seriously later on. It was also beneficial for building up my "mapping endurance" with making multiple maps quickly, getting used to constantly adding lots of geometry and watching every crevice, nook and cranny for mistakes and errors. Plus it was easy to just copy existing and easy maps lmao. It was also the first time I ever fully textured and lighting a map for a full playable level. 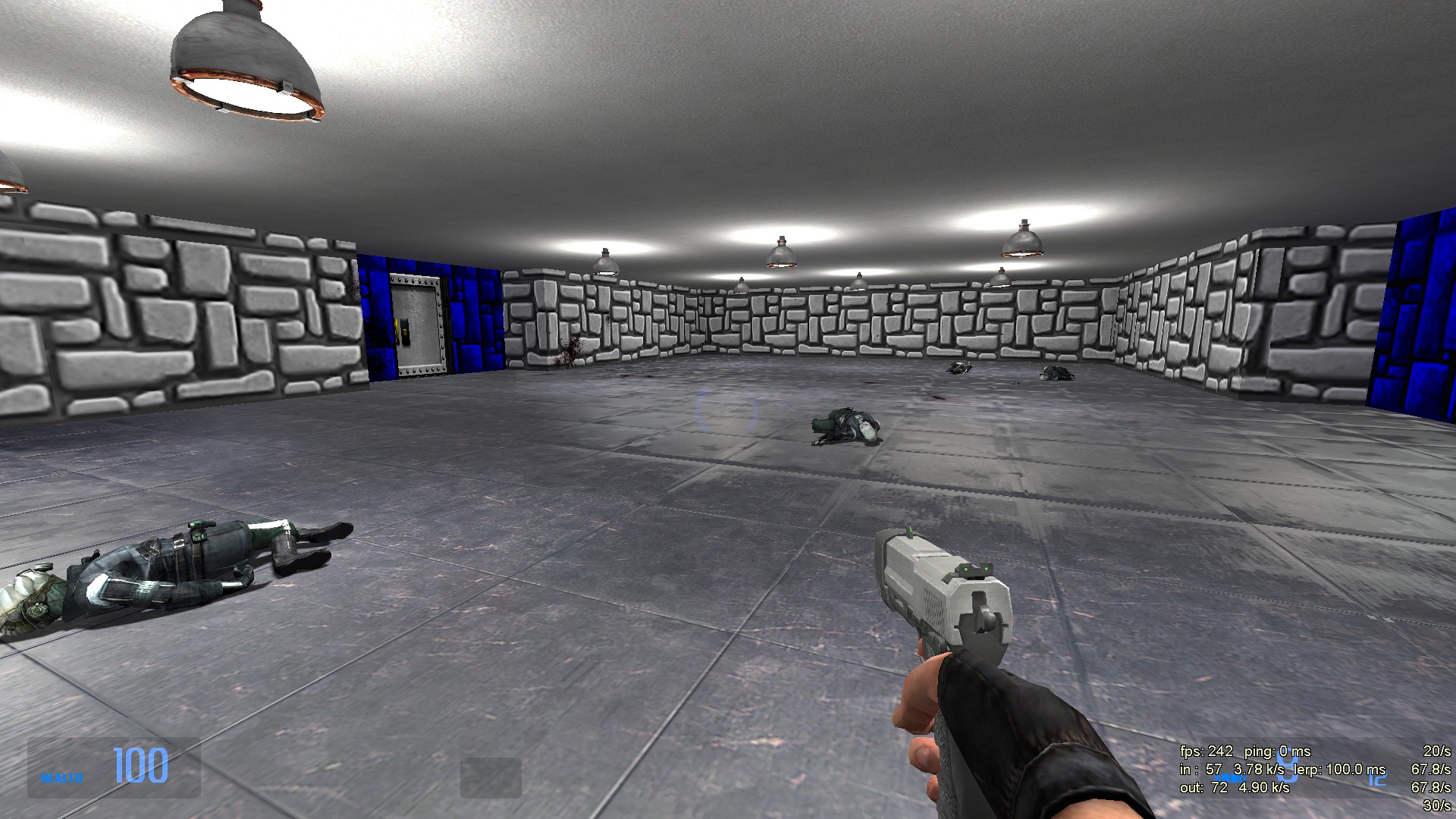 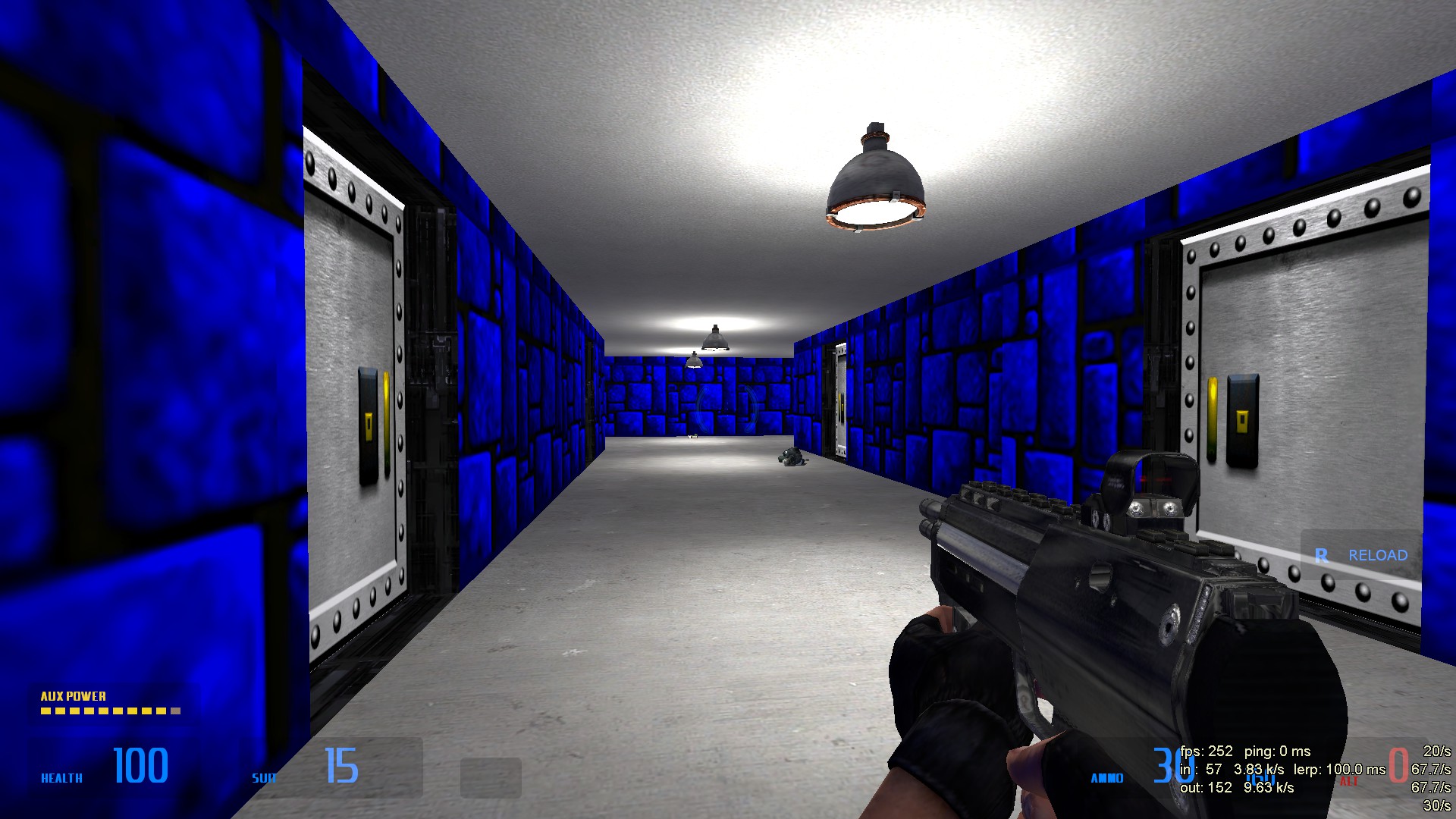 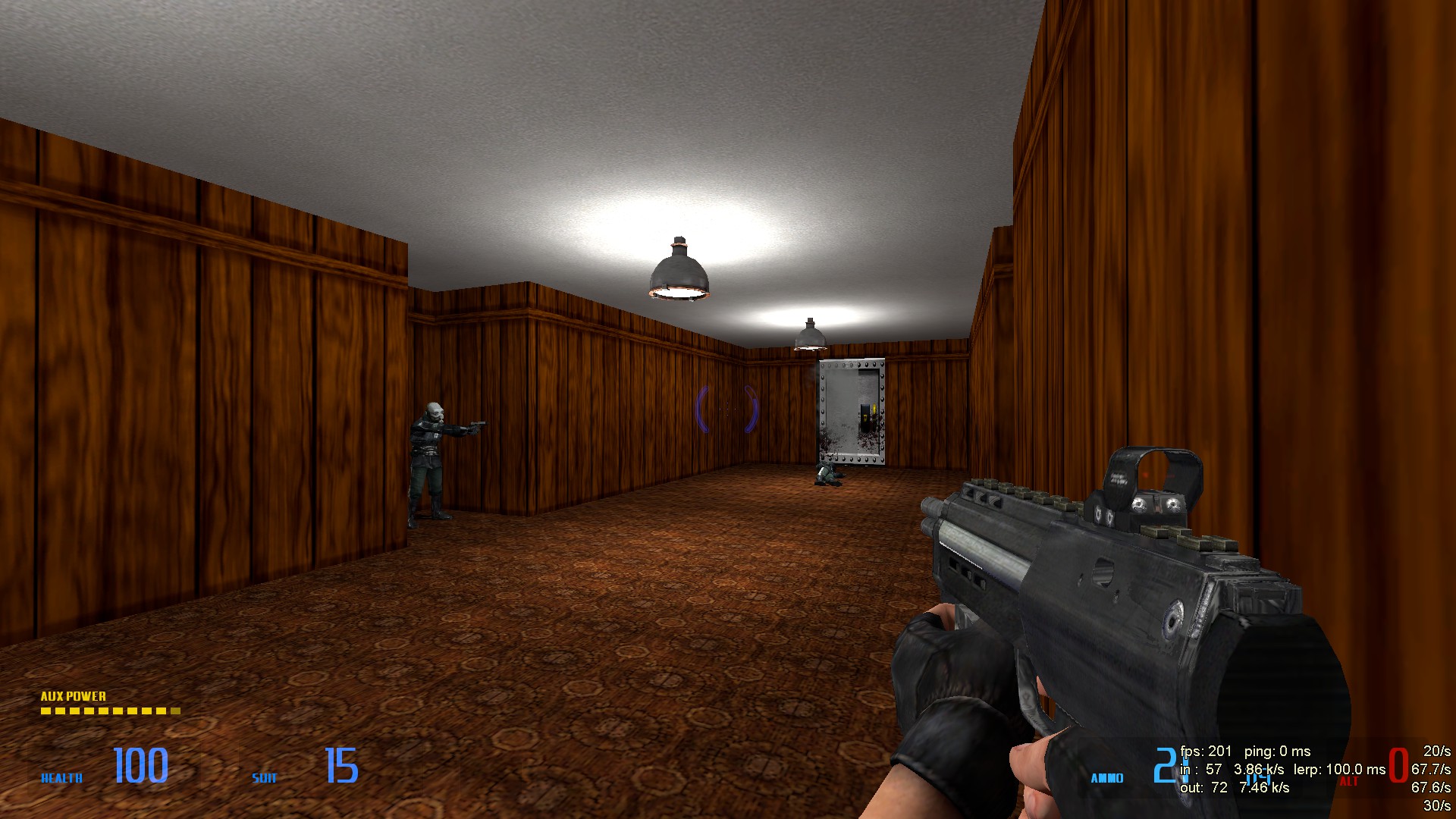 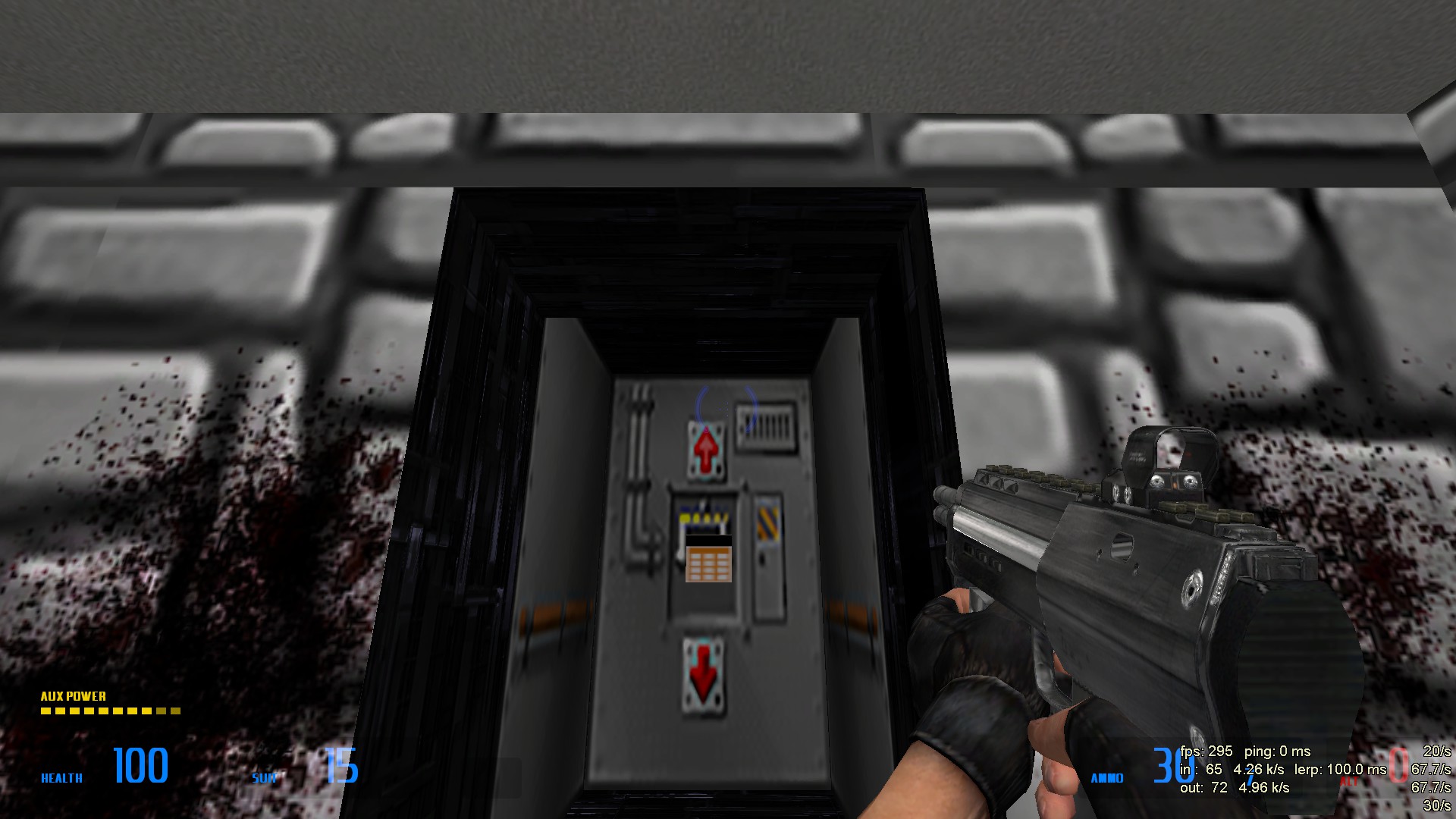 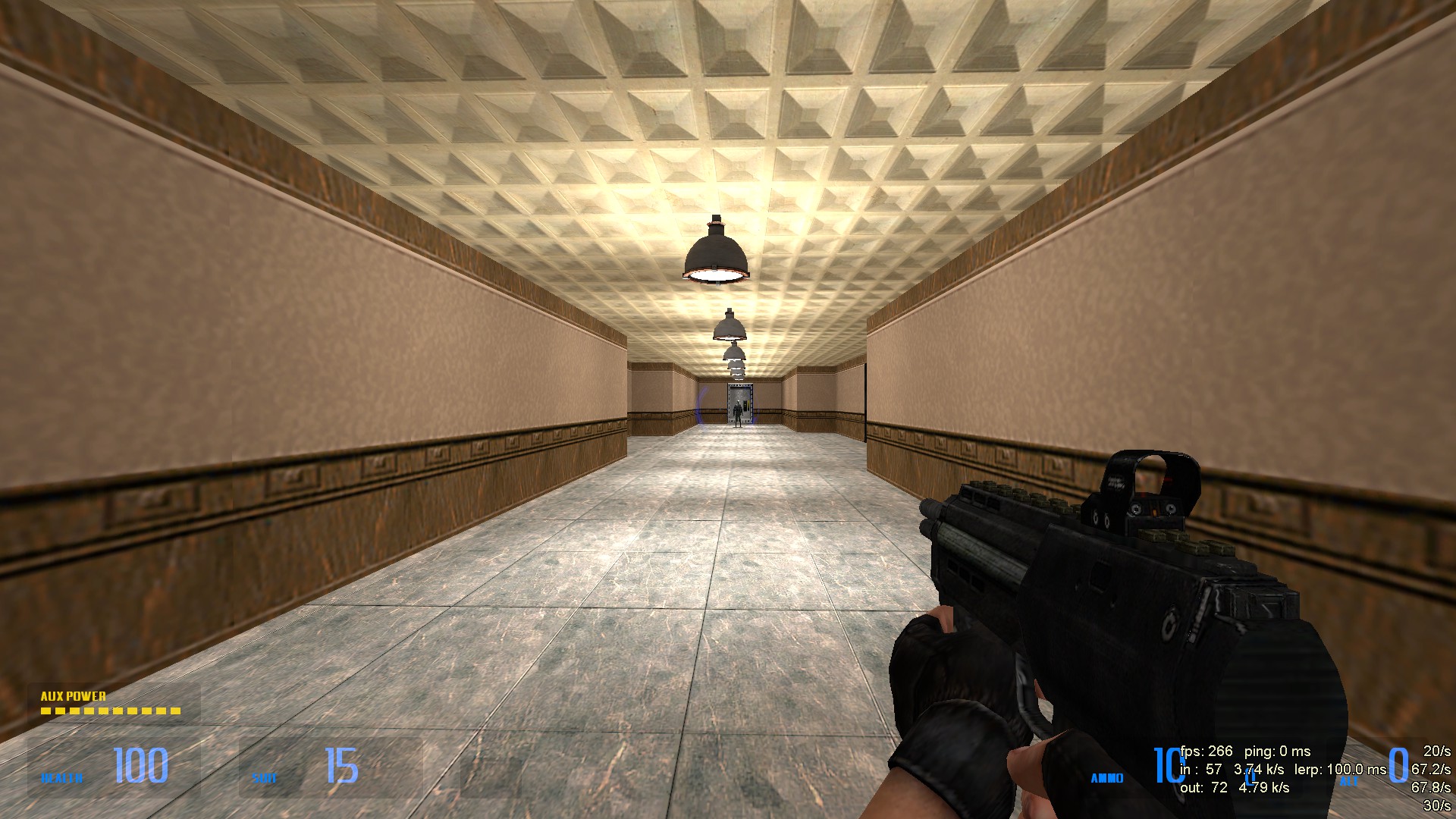 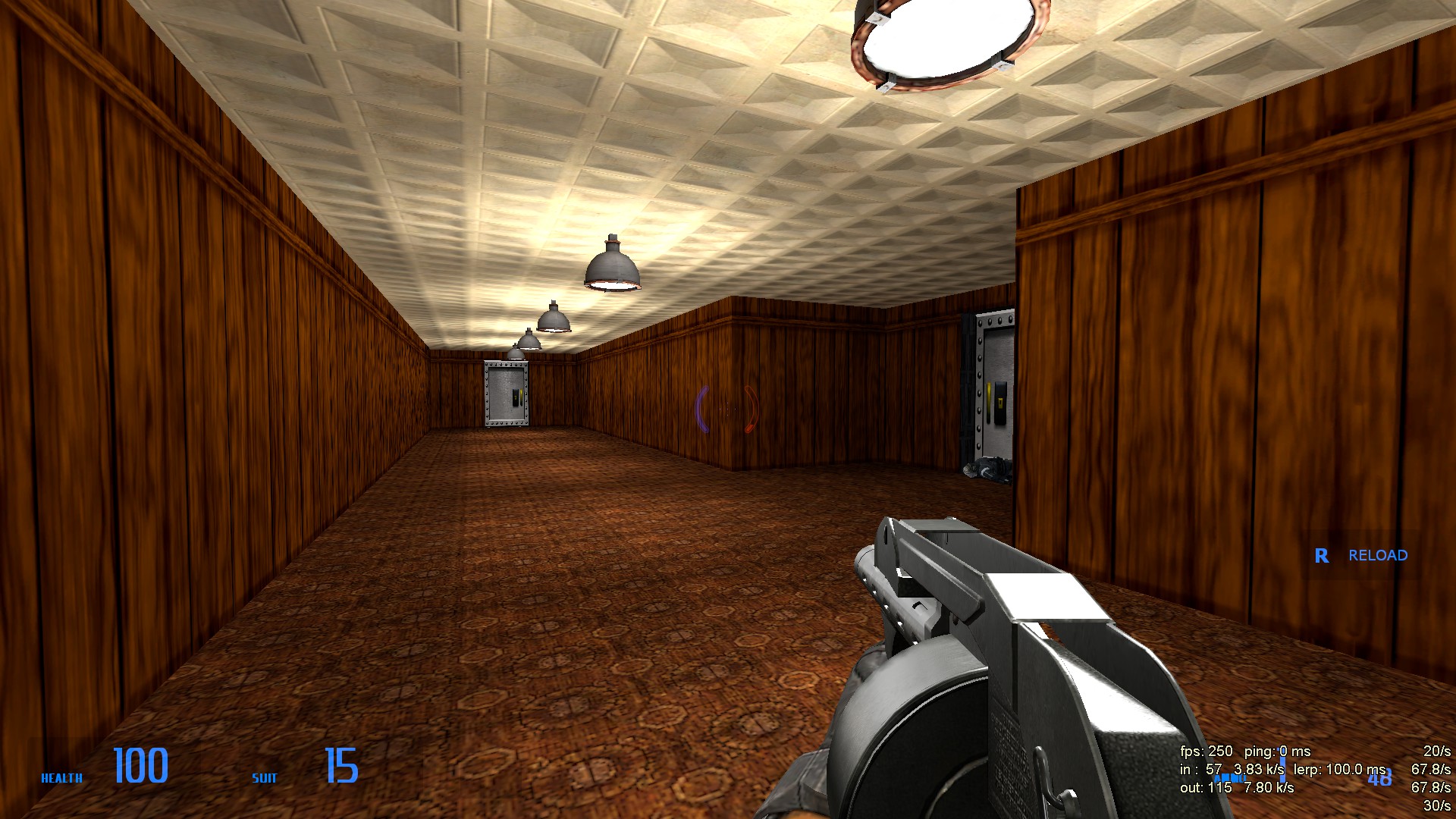 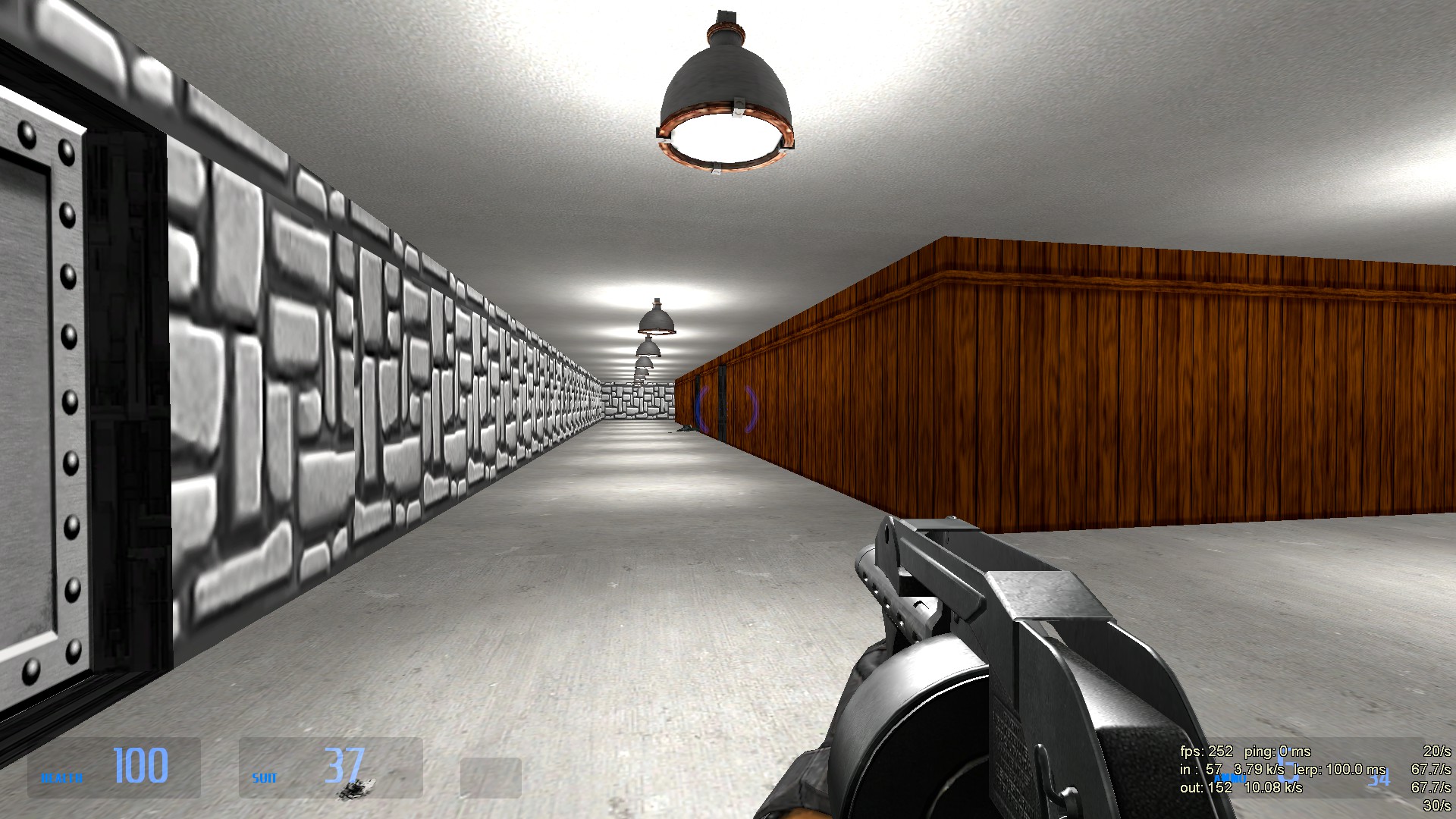 The map contains secrets and treasure as well, just like classic Wolfenstein 3D!

So after a solid few months of just working on the mod, adding weapon models, tweaking numbers and whatnot, a roadblock was in the way of me progressing. It was around this time that I began to work more hours at my job since I've decided to skip my spring semester of university to do that (plus work on HDTF when they really needed my help around the end of its development life cycle. Later on I got demoted from my previous department at my job and began working in my old department. While the pay was slightly less and the work much more intensive, the amount of hours given were immense and for the first time ever I was working more hours at my job than I was working on my own mod at home.

I was really starting to lose morale and just wanted to give up on the mod already. Since then I've decided to take everything that I've worked on, package it all together into a simple play test alpha demo, create a map selection map on top of that and release it for the world to see. The result is what I have now!

Hopefully there are some people out there who are willing to try out my mess of a project just for a little bit. The best I can ask for is comments and feedback be it positive or negative.

Besides that the best I can do is create another article on whether I will commit to this even more if I get more help or just leave it as it is and move on, occasionally updating it to the point until I can get a decent steady demo of what the ACTUAL mod will be like, unlike what it is being just a strewn collection of maps bundled together by a map selection map.

Besides that I hope you enjoy what I have to show! Let me know what you think by commenting on the Moddb page, message me directly on my profile, or on my personal website

You can also email me at lpt1997@live.com

Besides that have fun and I'll see you in the next update!