An update about what Version 5 will have, as well as information on how to donate to the mod and what your donations will go towards.

I've received a number of emails, private messages, and comments asking how people can donate to the mod and show their support. After getting things sorted out (and focusing on important things, such as the mod!), we now have two means to give donations: Patreon and Paypal.

There are two reward tiers for the Patreon. The first tier, at $5/month, will put your name in the credits of the mod. The second tier, at $10/month, will give you the pink Elite Supporter role on our Discord, which you can find a link to here: Discord.gg

If you are not interested in Patreon, there is a Paypal link on the Patreon page where you can directly donate money.

Here is a link to our Patreon page.

What does the money go towards?

v5 is still in development. Currently we are not in the testing phase, although we will be there soon. In the meantime, I'd like to share some finer details about the new version, which has been progressing along nicely. Most of what I describe has been implemented, although there are still some bugs that will need to be corrected in testing.

For starters, let's talk about the things that have been revealed via screenshots:

Now, for the things that haven't been mentioned...

Snipers will be a lot more useful, going forward. In addition to snipers being present in multiplayer game modes (controllable by the leader), suspects may now randomly wander around the map. Both of my screenshots below were taken without the suspects being made aware of my presence. 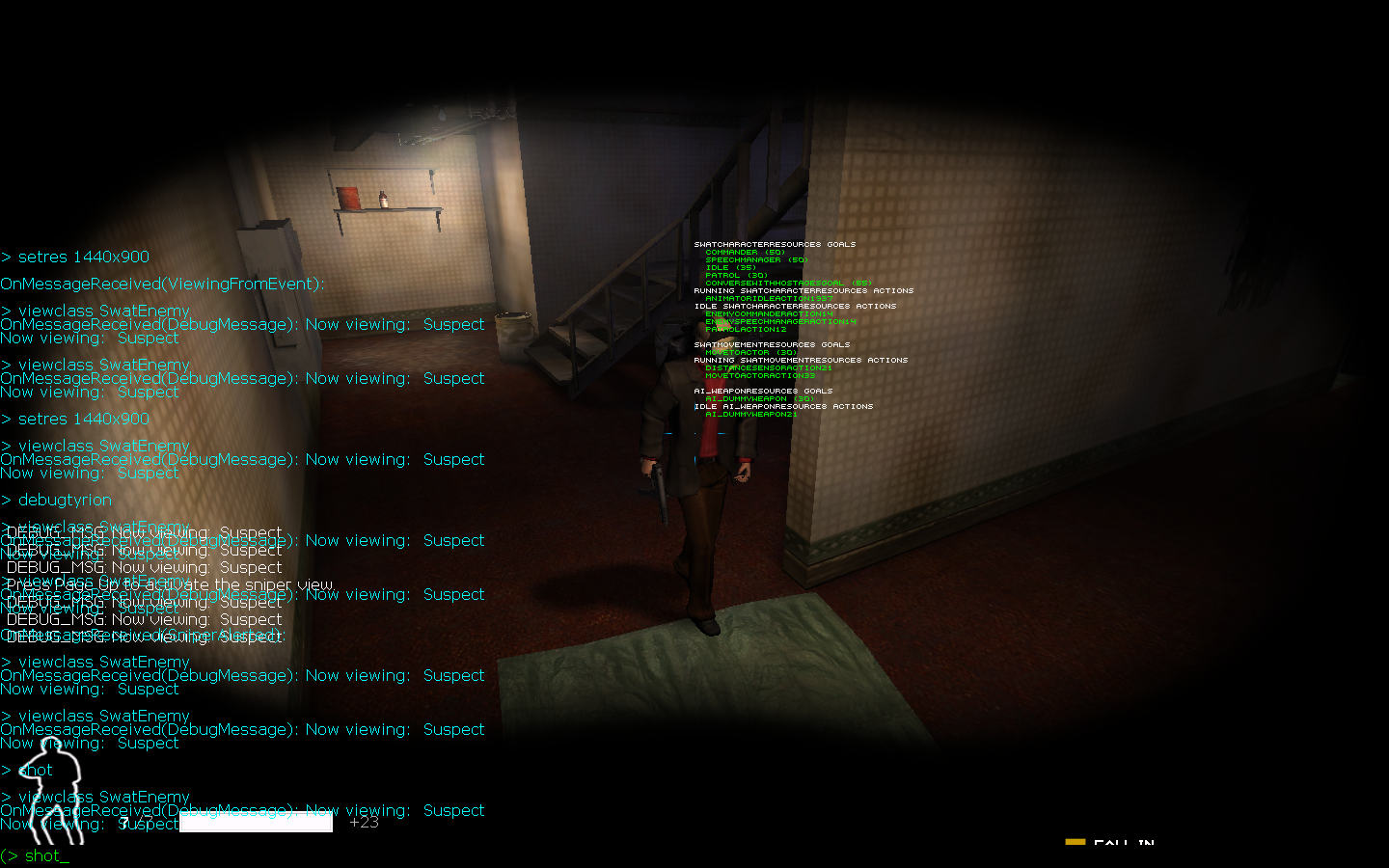 A suspect wandering the basement hallway. 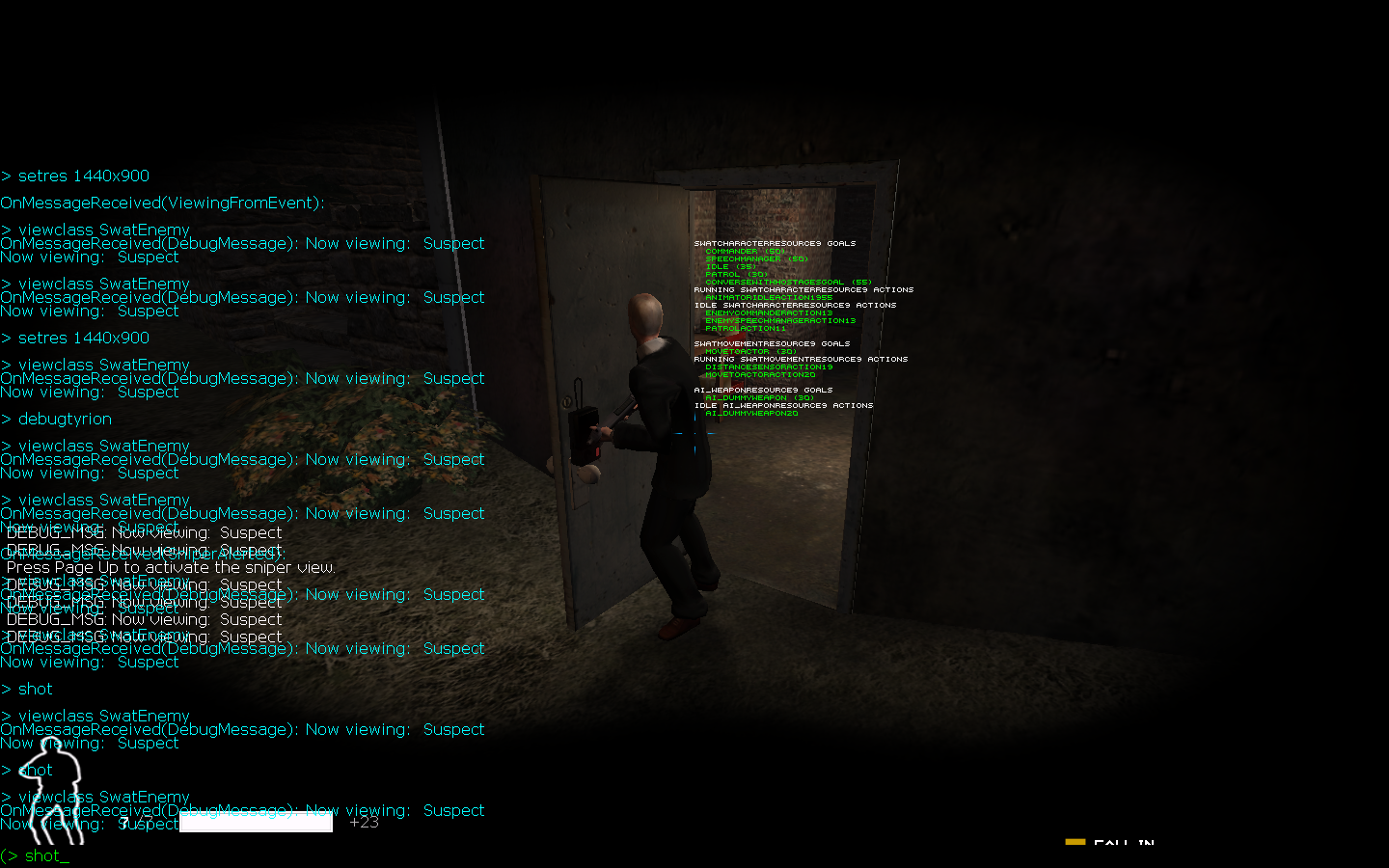 A suspect standing guard outside the basement door.

You might ask, how does this affect snipers? Well, when a suspect wanders into the sniper viewport, you are alerted by it, of course. The snipers provide an incredibly useful scouting capability and could potentially save your life by alerting you of the suspects positions, instead of mumbling about suspects who are patrolling in their line of sight.

Another major change relates to Officer AI. Officer AI can now take cover behind objects while they are engaging with suspects. As a result, officers might lean around objects, or duck behind taller objects to avoid being hit (or both!). For the most part, firefights are very short and you won't see this behavior employed very often, but it will help improve survivability of your officers, which is especially important in Officer Permadeath campaigns. 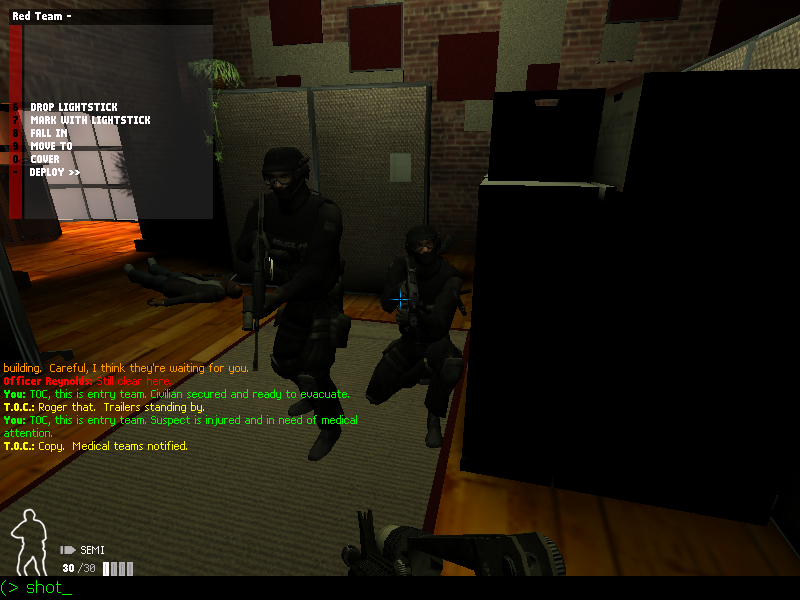 One officer crouching as he attempts to engage suspects above.

That's still not all that this version will provide, and we've already got some ideas in mind for a v6. Stay frosty for the next update, operators.

Hi! Thanks for such a great mod! The "All Missions Campaign" is really nice idea. But is it possible to make a campaign that continues even if you fail the mission (like lost a hostage or else and the only thing to cause mission failure would be your death). And when you finish it you'll get an overall result of your job. That's would be pretty realistic.

I think that's already how it works, if I'm not mistaken? At least that's how it works in multiplayer.

I mean in singleplayer.

Does Campaign CO-OP have Officer AI?

It does not currently, no.

OfficerAI would be cool but should be optional of course...

I remember when this was a simple minimod you released back in 2015.