Inspired by various Tower Defense games this mod is going to connect common TD gameplay with a very unique setting based on “Metroid” series by Nintendo. Even if you do not play as a sexy bounty hunter this time you will surely get the chance to save the universe once again.

To be correct, Elysia is the name of a gas giant planet in Metroid Prime 3: Corruption where an ancient alien race called "Chozo" which do have a bird-like appearance have established a huge research and observation facility floating in the planet's stratosphere. This skytown was actually the most notable inspiration for this project.

Here you get some information about the structures, units, upgrades and abilities you have access to in the game.

From Construction Nodes to the Cluster

Construction Nodes are pre-placed objects with a specific distance to each other to build up a Construction Node Cluster (CNC). Once you have access to a node you will be able to summon structures via these nodes. 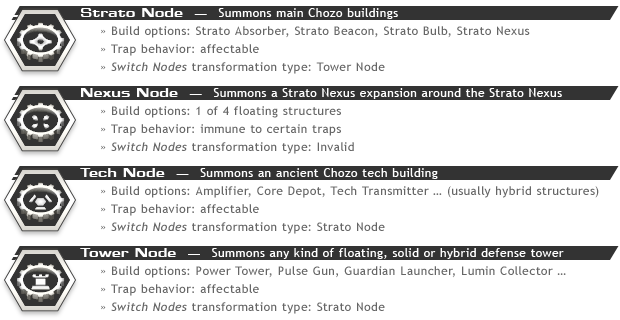 Nodes are initially inactive but summoned structures nearby activate them. At the very beginning you normally cannot build everywhere but with each structure you build you get access to new node locations. Also different CNC sciences and Node Bridges will help to reach new locations.

If a structure has been destroyed or sold an appropriate node will appear which activates itself after a short delay. But this is not always the case!

Nodes can also be influenced by traps which can have different effects. One trap, for instance, re-configures a node back to a very basic design resulting in no build options at all. However, you always have countermeasures against traps. 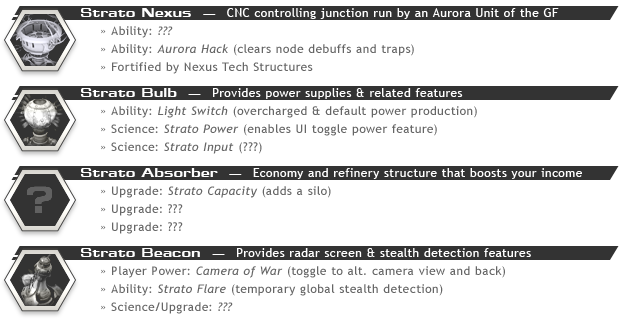 (to clarify: a Science here refers to a global player based upgrade, just another name) 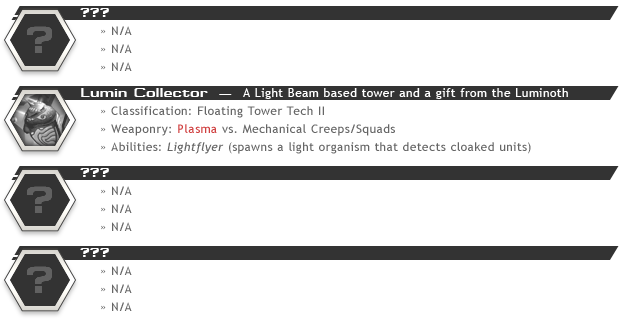 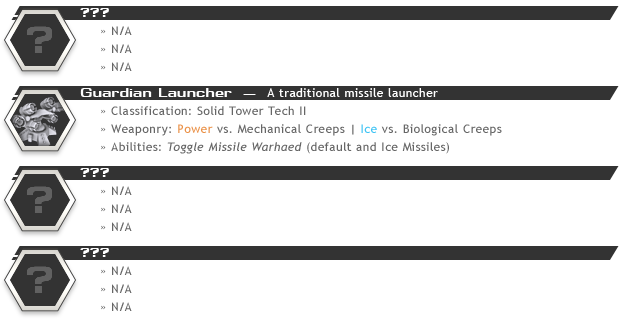 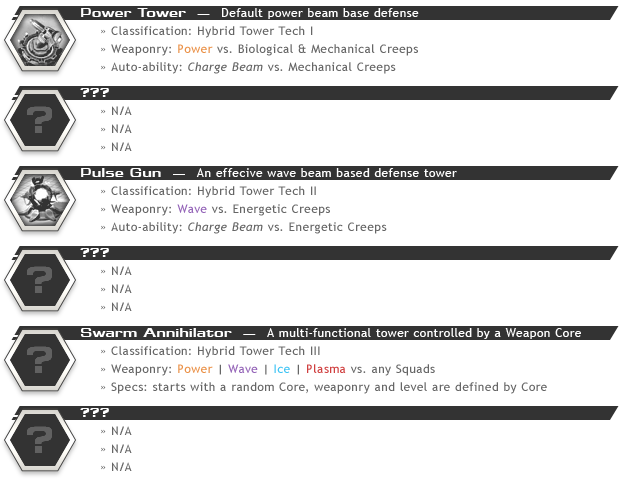 What can you expect after alpha version 0.03? Adapted from "Strato Defense development insights" (Sep 1 2016)

What you can expect from the alpha version. Downloadable now!

What is done? What still needs some time to be finished for a first public alpha release?

Tower Defense, what else?

This will give you a short overview about my motivation for this project and the planned content.

The updated alpha version 0.03 now includes the map which had been installed manually before. Installing and launching instructions attached. Please note...

Hey, I just want to let you guys know that things are still progressing. I am working on one new multi-functional defense tower and introduced a new mapping feature for current and future maps.

Even a Metroid creature does now exist besides some other new Creeps. :o)

(sorry for my lack of updates here)

Good to know that you are still working on this promising mod!

I would love to see that under cloud layer stuff for other mods and/or RA3...
I'm no fan of tower defence, but that is cool.

Good to see it is still alive, it looks interesting to say the least ;)

A piece of advice for the short-term, focus on 3 really good, detailed and tactful maps and they'll be all you need whilst boost the mods reputation.

I'd rather focus on one map since it is a lot of surrounding work to create all the environmental stuff, too.

We'll see but there's no problem to create another compatible map for the alpha besides the main project. :o)

Holy crap dude, you're back!

Everything looks amazing by the way, i can't wait to see more, keep up great work!

Are there space pirates? Is there a Galactic Federation? Do metroids and Phazon appear?

have no clue what this is about but tracking, models look beautiful :D