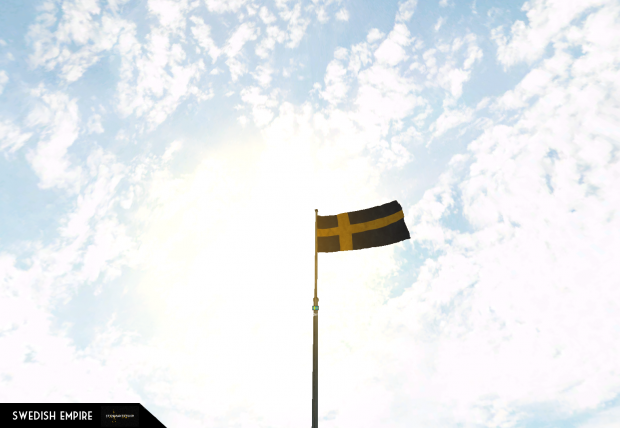 I am not trying to be critical, because I do in fact very much like the Swedish Blue and Yellow flag. That being said, isn't alternate history a perfect venue for flag design? And, therefore, by the usage of the flag of the kingdom of Sweden, isn't a golden opportunity to design an awesome, ornate, ludicrously Swedish flag squandered? it is an empire, after all.

Fair point, but the actual Swedish Empire back in the 1700s used a flag that was practically the same as the one they still use today, just perhaps a slightly different hue of blue or yellow. Besides, Sweden in this mod, whilst known as the"Swedish Empire" is technically still a Kingdom as it has a King and not an Emperor. Thanks for you suggestion though.

There are battle flags, though. Like the German reichskriegsflagge.
But I suppose that, with Europe so contested, the opportunities for flag designs will be numerous. The ruskies, for example.

Russians will use the late Russian Empire flag that is like the one they use today, but has the yellow/gold square with an imperial eagle up in the top-left corner

Although technically more of a Kingdom than an Empire due to the lack of Emperor, Sweden is perhaps one of the most powerful and influential European nations by the 21st century.

Historically, Sweden developed into an Imperial state in the early 1600s at the hand of Axel Oxenstierna and King Gustavus Adolphus (Both widely revered in the present day Swedish Empire) due to the seizure of vast territories from Russia and the Polish-Lithuanian Commonwealth. During the Thirty Years War, Sweden found itself transformed into the leader of Protestantism in Europe. Sweden soon followed many other European nations and founded oversea colonies, principally in the Americas and Africa. New Sweden was founded in 1638 with the territorial capital of Kristina. In the early 1700s, the Swedish Empire fought the Russian Empire and its allies in what is now known as the First Great Northern War, ending in an eventual stalemate. For the next two centuries, Sweden and its neighbours lived in a perpetual state of hostilities. By the late 20th century, Sweden and Russia had found themselves locked in an uneasy arms race, eventually resulting in the Second Great Northern War.

The Swedish Empire as of 2017 has once again retained its former prosperity due to the plentiful natural resources that litter Scandinavia, and socially is one of the most advanced regimes in Europe with exceptionally high standards of living and solid literacy rates. However, anti-Russian sentiment was particularly high with the current King of Sweden issuing policies resulting in either the deportation or internment of native Russian speakers within Swedish territories. The Swedish Imperial Army, although small in comparison to other European nations, is a highly elite force that fights with some of the most advanced technology and weapons available to man such as the experimental gauss rifle/coil gun. Ultimately, Sweden managed to survive the Second Great Northern War by 2021, although it was extremely costly.