Stories of the Great War

Be sure to check out MajorColt's channel via right here to get early insight into new missions before public release:
- link - Youtube.com

The Stories of the Great War 1914-1918 Campaign pack takes the player through a immersive and gripping collections of missions covering each major country, in their battles for victory and world domination. The player will be able to play various defence nad attack missions, the difference to this campaign pack to our previous titles is that the battles will be larger, and have a more diverse range of scenarios including beach landings, dynamic defensive missions and timed offensive missions.

We have ensured that every mission is historically accurate as possible, the only missions which aren't are those in the alternate history missions campaign.

The campaign pack mainly covers the war from the perspective the major powers including (their names in English);

The Minor Powers will not have their own campaigns, however time to time their units will appear in missions.

This Campaign pack is created by GemTechStudios and requires the following mods when released;

Both of these mods can be found on the Mowas2 Steam workshop.

Madivans texture pack and map props mod, is inserted directly into the files of this campaign pack and so will not be required to be downloaded.

Credit to RUSSTG44 for the thumbnail screenshot. 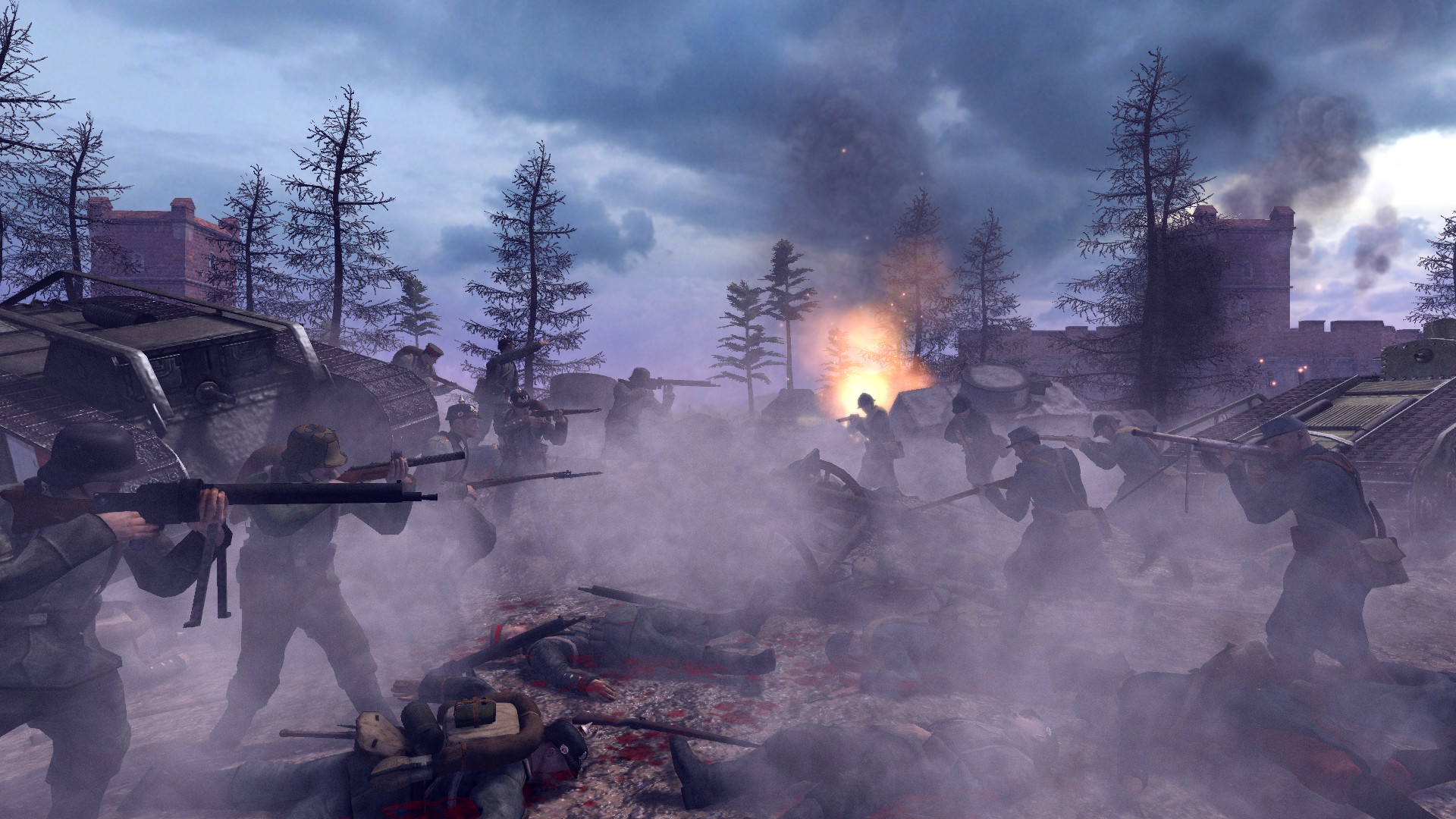 Thanks for voting and helping Stories of the Great War on it's quest to become the 2021 Mod of the Year. You are now in with a chance to score some free games from our #modlove collection. Help this mod secure more votes by embedding the widget (or link) we have included below on your favorite sites.

As of now, we are still working on the idea of the campaigns taking you through individual soldier's experiences (however these are not historical), and for the "Deutsches Kaiserreich" you play as Gebhard Hellmann. You start off mainly in the early missions as a NCO who commands a squad or sub unit of a company, these missions will take you from 1914 to 1918 and by 1918 you will be commanding full armies with a full array of weaponry. As you play through these men's experiences you will have to keep them alive during the whole of the missions, however since they will be given their own breed you will be able to see them more easily as when hovered over they will appear with their name tag. e.g. how a squad leader appears with "Squadleader" when you hover over them.

One of this week's new missions is the mission called "First Shot's" as it is the first mission in the German campaign and involves you play as Gebhard Hellman a Feldwebel by this point commanding a sub unit of a company. You mission objective is to advance and capture the area to continue your advance into the town which you play in the next mission. The mission is not that difficult, as the French only have 3 MGs and the majority of their defences at the river have been destroyed. However there is a point where the French will send a counter attack at you. 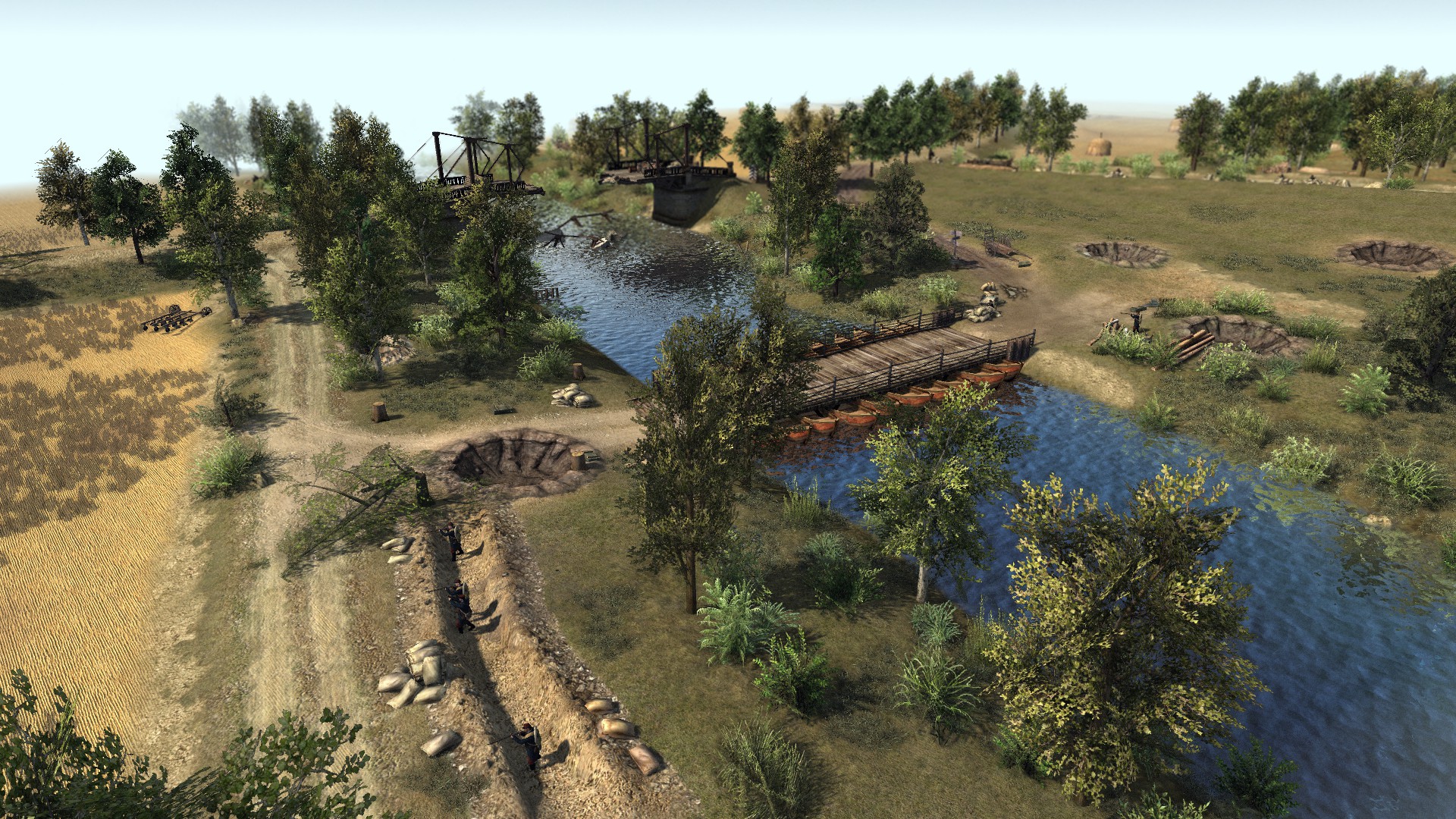 Any news on when it will be releasing?

Unfortunely I will not be releasing it today as I have received a new PC, and so I do not have access to any computer today as I have to dismantle this set up and then build up the new one as well as having to install multiple things on steam to get to work on the mod. ;(((

News Update - This campaign pack will not be releasing till 2019, it will release a course but due to the limitations of my hardware, and the scale and detail of each map, I am unable to make missions for every map, I will release a demo version containing the missions I was able to produce with this pack on the week around Christmas. In the meantime, please follow the interwar mod being developed by Col.Rooster - Moddb.com A very large mod containing a huge range of factions from the period it covers.

Ok,is there a rough estimate on how many maps/missions there will be?

How is the mod going?

Currently waiting for the next GWR update before posting a new article :/

Single Player
Tags
Embed Buttons
Link to Stories of the Great War by selecting a button and using the embed code provided more...