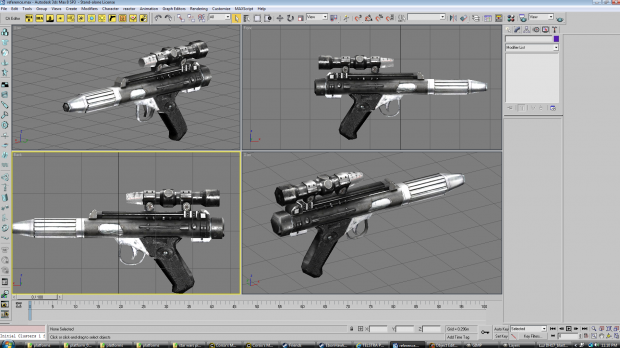 Is the DH-17 reserved for officers and elite infantry?

Wow that looks great!
This looks almost real, and I dare say even better than EA's Battlefront version.

Are you going to redo the E-11 and the stormtrooper model too?

Or "borrow" the Battlefront EA models like some of the other mods do?

Granted I don't think they need to be super HD models for this game, but having really high quality models and textures definitely helps with the production quality overall.

The gun uses LOD's, so most of the time will only be showing 216 poly's. Only on closer range will the Scope then show up. The trigger and trigger ring will only show up on extreme close-ups. As for the E-11, it may just receive an updated texture. As for models we have many being made at the moment, so we will update as they progress.

Credits to Sirpsycho with the amazing work on the DH-17 blaster
and some of my first made models ;)