An expansion that adds several Stargate themed factions to Sins of a Solar Empire: Rebellion.

It's been a few months since r1.03 was released and while some progress has been made, the changes to Sins: Remastered are what's really prompting this release right now rather than later. Still, I think you guys will find that there are several noteworthy changes and additions this time around. 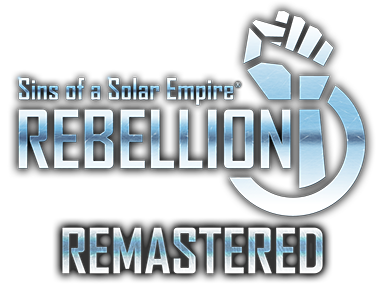 There aren't any huge changes to game play this update but there were a handful of fixes put in place for icons, zoom distances and a missing picture or two that slipped by in past releases. Just good old-fashioned house-cleaning type stuff.

To begin with, you will find that a few of the custom skyboxes have changed a bit. They've had their brightness and intensities tweaked a bit and I think they are much better now. Specifically adjustments were made to the Nebula 4 & Nebula 5 skyboxes.

Secondly, tangent issues have been fixed on the up-sized planet models used in SGR. You may or may not have noticed that a line or seam was visible on planet models when facing the right direction. This was a side-effect of how I had scaled them up. For r1.04 I found a new (well actually old) method for doing so that avoids that issue. So I'm happy to say that the unsightly seams are now a thing of the past.

Finally, as with all good updates, this one comes with a fairly healthy dose of new art assets.

The Asgard received a handful of new custom planet module meshes with freshly made textures:

The Asgard weren't the only ones to get new structures for r1.04 though. The Wraith also got a selection of all new models and textures as well:

There were also a few older assets brought over from Stargate Invasion and updated to work under PBR. The Wraith research labs were both generously lent to the mod as was a brand new model and textures for the Ancients Aeolus capital carrier: 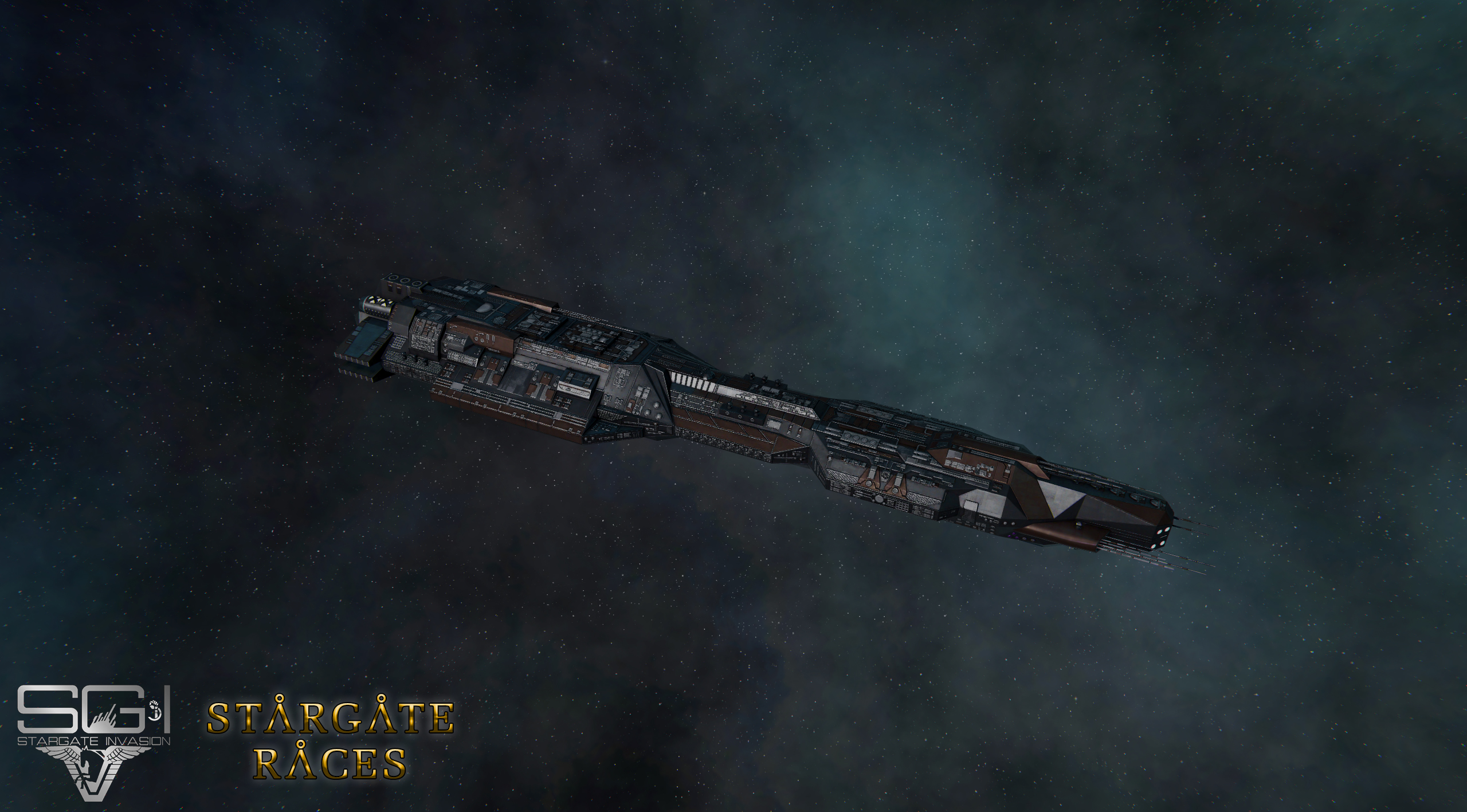 Lastly, there is a little bit of bad news this time as well. With the addition of this latest content, SGR finally ran into the 32 bit memory limit. So as part of this update a large number of higher resolution textures were downsampled to lower resolutions. This of course means that you may notice some things being a bit more blurry or pixelated than they were previously, but it also cut about 600 MB from the texture load and leaves more space to grow yet. There are still a fair number of custom meshes and whatnot that need to be added yet so I'm afraid this sacrifice was necessary even if it was somewhat painful and disheartening to do.

As always, I invite you to give feedback and share your thoughts on any of the changes and/or new content. It's always nice to hear what people think.

Great mod btw and thanks for the new release. I was wondering when some of the capital ships and structure will get the skin treatment since they are still vanilla sins?

When appropriate models are either found or created. The last one for the Ancients caps was filled in this update. I actually meant to fill in the last Goa'uld cap one as well but forgot about it while trying to finalize the release.

I see. I'm going to keep playing it and see if I have any feedback I can relay to you. Btw you said there were older assets brought in from the SGI mod. Were you one of the people working on that mod before it went to the grave?

SGI isn't actually dead, although they have had a tendency to stall out or restart/redo stuff. They recently asked me to join the team, which I did in the interest of further both mods. A lot of the stuff you've seen added to SGR recently is actually stuff that SGI had but that I textured and finished up for them and now shared between the two. I can't really speak to when you'll see new releases from SGI itself though.

Appreciate the reply, good to know. Keep up the great work man!

This article must be old because I'm pretty sure they removed the 32 bit memory limit.

Sins is still a 32 bit game. Large address aware (which is what they did) only raises the limit from 2 GB to closer to 4 GB but doesn't remove it.

Thank for the great work you do for Races, Sins Remastered and Stargate Invasion :) sometimes the zoom on asuran capital ships are to close you can look into the Ships :) The new Models for buildings etc are very nice.
The memory limit thing is not nice but this limit was always the problem with sins.... I test more in the next days :)

If you have a list of which ships are clipping like that, feel free to share it. They're easier to fix when I know which ships specifically to look at.

Ok i have look and from the Ancient Race the Aeolus Class Carrier when you look from behind are clipping in the texture from the Ori the Deliverance class Mothership is very close but not clipping, some of the zooms are very close but i dont know that its intendend or not. Thats only my opinion.No gamebreaking thinks so iam very happy for the work you are doing :)I have one little question is it normal that with dev.exe on Asgard Ships are error that says Slot ACTION_CAPITAL_OPENMANAGINTERNALS can´t be setup over ACTION_CAPITAL_ABILITY_4.Wish i can help more ....

Close is ok. More looking for the actual clipping ones.

The error on the Asgard in dev mode is normal. Not really desired but that's what happens when you use a hidden 5th ability on a cap ship to do certain things.

Ok thanks for the reply and answer.I look more into your mod in next days when there is anything wrong i post it here. Wish you a good evening and many thanks for the great work :)

I really appreciate that someone is creating such a great content for, in present not very popular, sci fi series. I would like to ask if you are planning to add more races. Like a Humans (Tauri), Replicators(SG-1 series, Atlantis replicators looks quite same like an Ancients), Travlers or Stargate Univers races. Also I am looking for new mates, for playing this awesome mod. If you are interested for huge Stargate war, let me know in pm or reply instead.

Thanks. I'm glad you're enjoying it.

Of those you listed, the only one that would be considered for a playable faction would be the Tau'ri. The rest, assuming I get ahold of suitable assets and have time would likely end up as minor factions, events or just general galaxy flavor/dressing.

As for the Tau'ri themselves, model has traditionally been the issue there. That might not be as big a roadblock anymore but given that I have already run into the 32 bit memory limit preparing this last update I'm not sure if an entirely new playable race is feasible or not. It would be nice of course, but I can make no commitments to it at this time.

The current direction of the mod is going to be completing the rest of the existing content (as much as possible at least). Hopefully with some smaller goodies along the side as well.

Thank you for the huge reply :) I cant wait for new update <3... It's nice to know there is something like Tau'ri in progress... What exactly the 32 bit memo limits?

Well maybe not ideal, a way you could get around the 32-bit limit problem is to do something along the lines of what the "Sins of the Fallen" mod team did, and release each faction as a module (that can be disabled and remain unloaded) along with the central mod module. This way, you could maintain your desired model/mesh quality, and allow you to add more content to each faction/race.

That does nothing to manage the total load. It only eventually ensures that you can't actually use it all together and are always forced to decide what you want to give up.