In this news we provide the first insights on the reworked Replicator faction presenting a new ship and, for the first time, ground units!

The three main and playable factions are behind us so why not to take a look at some of those neutral, non-playable factions? In today's news we will be dealing with the one of the coolest villains from the Stargate franchise: the Replicators.

Some time ago, we showed you a render of the Replicator ships. Because repetition is not a bad thing, here is a little reminder. 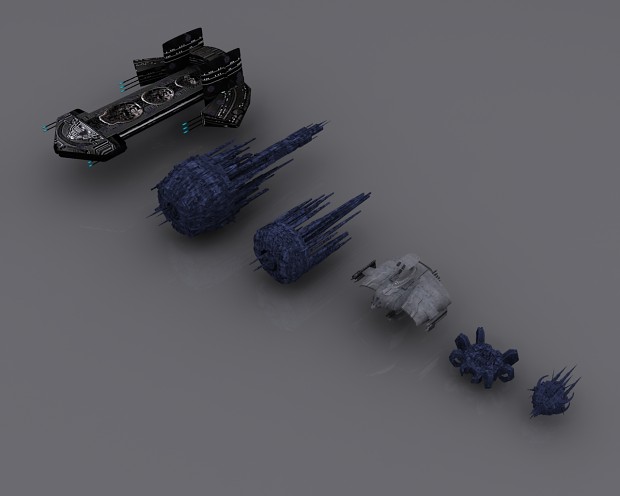 As you can see we have six types of Replicator ships (not mentioning the fighter and bomber). From those four are “Replicator made” meaning they consist of massive amount of Replicator blocks. Apart of those, there will also two space heroes: Fifth and Repli-Carter.

Now since this fleet overview is already a few years old (so old in fact that the image is still in 4:3), we'd like to update you on the current state of the Replicator faction.

Since the time of the original announcement of the fleet, our modeler Elie_Sistal made a new version of Replicator-infested Beliskner-class. The ship looks much better that our previous model. Currently we are also working on another ship, but for now we're not showing it. You'll see soon 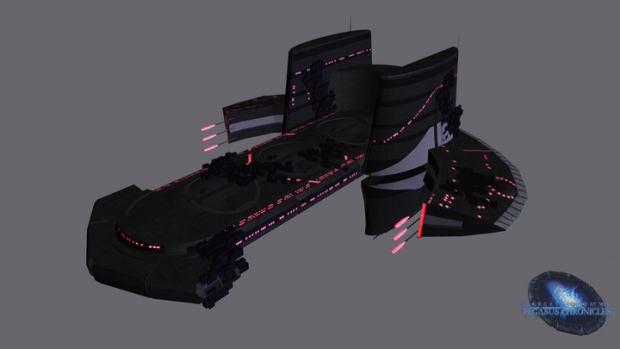 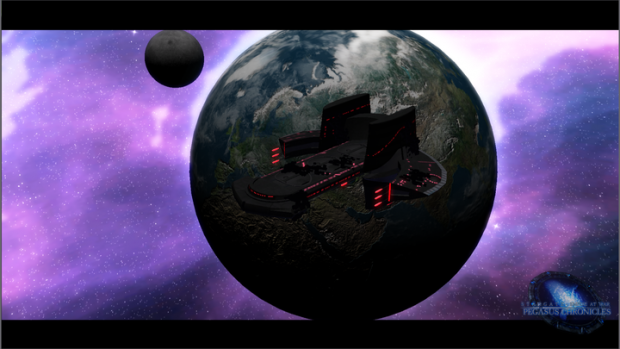 Also, we prepared a new set of Replicator projectiles for all the Replicator ships.

But what would be Replicator based news without actual Replicators. We are glad to inform you that we have been working on the ground units as well. So far, we prepared three types of Replicator land units: Drone, Warrior and Queen. We also prepared a singular building for the faction that will serve as a base on captured planets and produce new replicators. 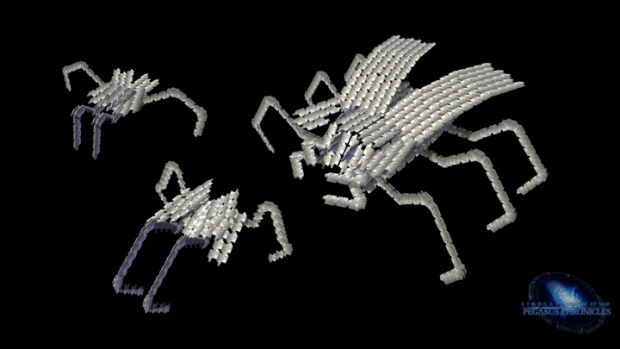 Finally, we would like to thank you greatly for your support in the Mod of the Year Award 2017 on ModDB. So far, we have made it into the top 100, now let's see if we can conquer the top 10. As always, we hope for your support.

You can participate in the voting on the MOTY page until December 20th:

And who knows, maybe there will be a little Christmas present if we make it....... ;D

But god knows I love this mod too much
*Votes*