Hello dear community, In the last news we introduced you to the first insights in the upcoming Galactic Conquests. This time we would like to get a bit more into detailed information on three GC planets which will get their own 3D model in the galactic overview with the future release of the galactic conquests of our mod.

In the last news we introduced you to the first insights in the upcoming Galactic Conquests.
(see here)

This time we would like to get a bit more into detailed information on three GC planets which will get their own 3D model in the galactic overview with the future release of the galactic conquests of our mod. 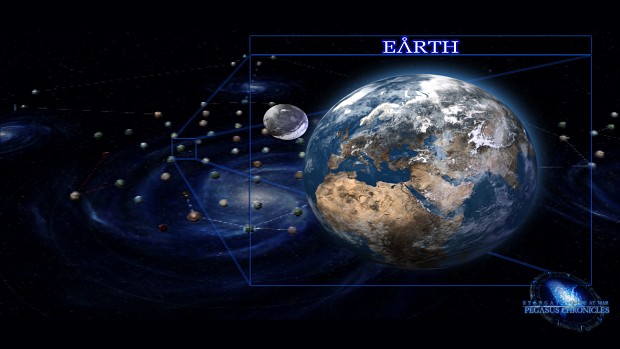 Earth is the homeworld of the Tau'ri and arguably the most populated planet in the Milky Way. About 6 billion people live on 5 continents in hundreds of large cities. Millions of years ago Earth was home to the Ancients when they fled from the Ori galaxy. They built a huge city called Atlantis in what is Antarctica today, but left Earth with it after a devastating plague broke out, forcing them to flee to the Pegasus galaxy. After the Goa'uld discovered Earth more than 8,000 years ago, they kidnapped
thousands of people from different nations and distributed them over the entire Milky Way by using the Stargate system. As the old Egyptians had driven away Ra and his Jaffa, they buried Earth's Stargate. When it was rediscovered in the 20th century, the U.S. military began exploration of the galaxy at a secret facility within Cheyenne Mountain called the SGC. 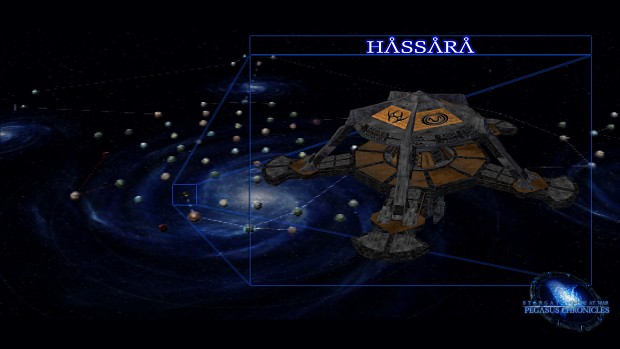 The Hassara system lies deep within Goa'uld territory. An enormous space station serves as a meeting point for the System Lords when they need to meet on neutral ground to discuss matters of great importance. Therefore, no warhsips are allowed to approach the station without being strictly ordered to do so, and only unarmed Tel'taks are allowed to dock with the station. Daniel Jackson was aboard the station disguised as Lotar, a servant of Yu, to kill all the System Lords with symbiote toxin. But due to the unexpected appearance of Anubis and the attack on Revanna, Daniel Jackson cancelled his mission and retreated together with Selmak towards Revanna. Three years later, Replicator Carter travelled to the Hassara station and killed all the remaining System Lords. 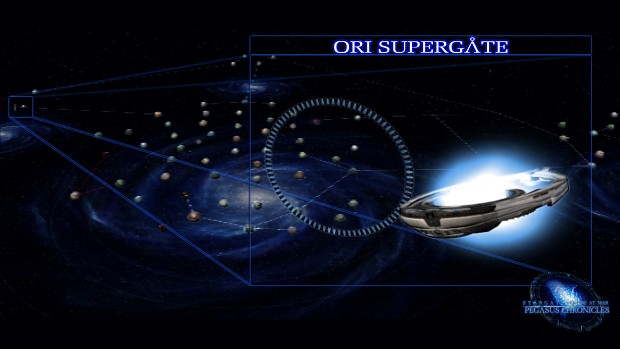 A gigantic Stargate in the midst of the Ori galaxy. It is so huge that even massive warships can pass through. Ori warships regularly patrol the area and guard the galaxy from outside invaders. It taps its energy from a nearby black hole. Its counterpart in the Milky Way is the Supergate at P3Y-229.

Apart from the work on the mod itself we have improved our homepage significantly!

We now have:
- An improved English translation of the page (selected by clicking on the flag in the upper right corner)
- A proper Media section with a unit gallery, videos and our downloads
- A new Recruitment section for freelancers and full developer members
- An overworked About Us section with a Team page, a Partners page which includes some shiny new banners and a Mod History page

If you have any suggestions on how to improve our homepage further please feel free to tell us here or in the forums!

Speaking of history… we have been working on the mod for nearly seven years now and are curious... How and when did you get in touch with the mod for the first time? Comment here or on the new History page if you like!

Another thing we are also wondering about is whether you like the music of our latest trailers.

We hope you do, as it was made by our amazing sound artist Adam! You can find his latest work for us here:

A small side note at the end: We are working on patch 1.2 for space skirmish. ;)
We will announce a release date sometime soon.

Keep spinning while we keep working ;)

Sincerely yours,
the Stargate Modding Group

Found this mod when it was still under Rommel2k... been a damn long time since that haha

Found the mod when the first Skirmish was released. Been waiting since than.

Seems the end of the world is getting closer (release).

i love the planet pool so far

I'm a veteran from back when Filefront was the place to get your modding fill.

OOOOH yeah :P
i went there for Eaw/Foc and battlefront only though.

great artistic job and even great great job for thinking about integrating the lesser galaxies into the map. i can't wait to see the final result ! congratulations to you all