Star Wars mod for Homeworld 2 now includes clone wars ships still in beta stages Think total annihilation and you'll know where the inspiration for the scope came from. Over 100 Star Wars ships taken from the entirety of official SW material (will not include fan created ships except in specific circumstances where gameplay requires a role to be filled) Most of the information is based off of star wars technical commentaries and many of the new ships are an attempt to catelogue the ships in dark empire Has settings for various SW eras and unit selection. 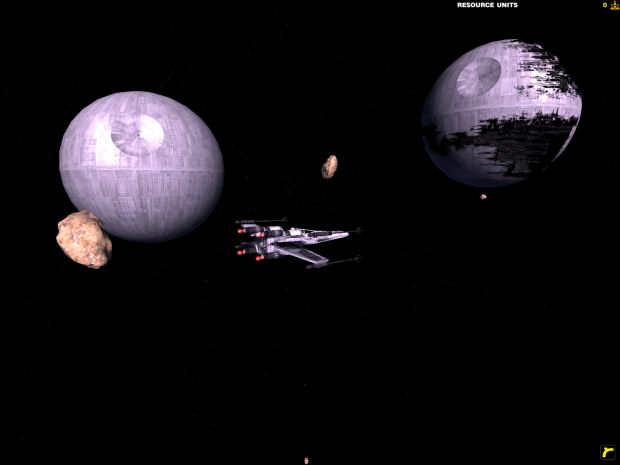 can u build this?

maybe the Death star 1, probably not the number 2, it`s 900km in diameter

wow i would so hate to be that guy lol

I'm wondering if this is a map? I haven't seen it anywhere in the skirmish menus?

lolz the x-wings destroyed the death star 1. and lando blew up the second one. the deathstar doesnt have the accuracy to hit smaller ships.

The pilot of the X-wing wonders "which death star should I destroy first".

is that a moon?