Get the latest patch! (Needs Version 4, right below)

Here is Version 4 of the public Beta:

Our goal is to create an accurate and fun space combat experience from the Original Star Wars Trilogy. We have analyzed all the original space battles and, to the best of our abilities, we have attempted to capture the same combat style and overall atmosphere from the films. Just like the movies, ships have high velocities, a focus on primary weapons, and encounters are deadly and only survived by those with experience, teamwork, and some skillful use of the force...

We chose to use the powerful and actively maintained Freespace 2 Open engine. It provides an engine that is easy for almost any machine to run while at the same time allowing for high quality visual effects, smart AI, and massive battles. The engine is constantly being updated and worked on, and provides very effective modding capabilities along with excellent mission/campaign creation tools.

Multiplayer missions including co-op, team vs team and all out dogfights.

Custom AI profiles have been created and specifically designed to be smart,
deadly, realistic, and highly focused on the Star Wars style combat.
Also, each type of craft has its own custom AI set, which specifically plays on
the strengths of that craft.

Custom music and sounds directly from the Star Wars galaxy are completely incorporated.

Balance and game play are modeled with the feel of the
films. Each craft has its own specific handling, capabilities, and combat
styles--all which are directly adapted from the Star Wars movies. Balance is
key, as any craft can be deadly and efficient in the right hands. For example,
the TIE Fighter is a deadly craft that while easily destroyed, can avoid damage
through superior maneuverability and speed.

Custom missions and campaigns that will take place over the course of the Original Trilogy. The
player will have the chance to fight in and influence some of the most iconic events
from the films and fight through randomly generated mini campaigns. Fight for either the Empire or the Rebel Alliance. Both a ‘Fight for Freedom' and ‘Imperial Enforcement' storylines will be
available.

Open modding and mapping capabilities, the table files are logically organized and arranged to allow others to alter, tweak, or expand upon the mod.

Everything has been modified to represent a Star Wars atmosphere. Ships are fast, lasers
are deadly, proton torpedoes are explosive and powerful, X-wings and
TIE Interceptors have auto convergence, jumps into hyperspace are just like the
movies, ships with R2 units have some slow auto repair abilities, and etc.

Future:
We will continue to work and attempt to improve this mod based on feedback. We will also create more missions and expand the campaigns. If anyone is interested and wants to work together with the team to developing missions, new material, or anything else please contact us or leave a message below. It would be greatly appreciated, plus the mod will improve faster! Thanks!

Next Version of The Original Trilogy Mod Coming Soon!

Some highlights to look forward to in this next version are - 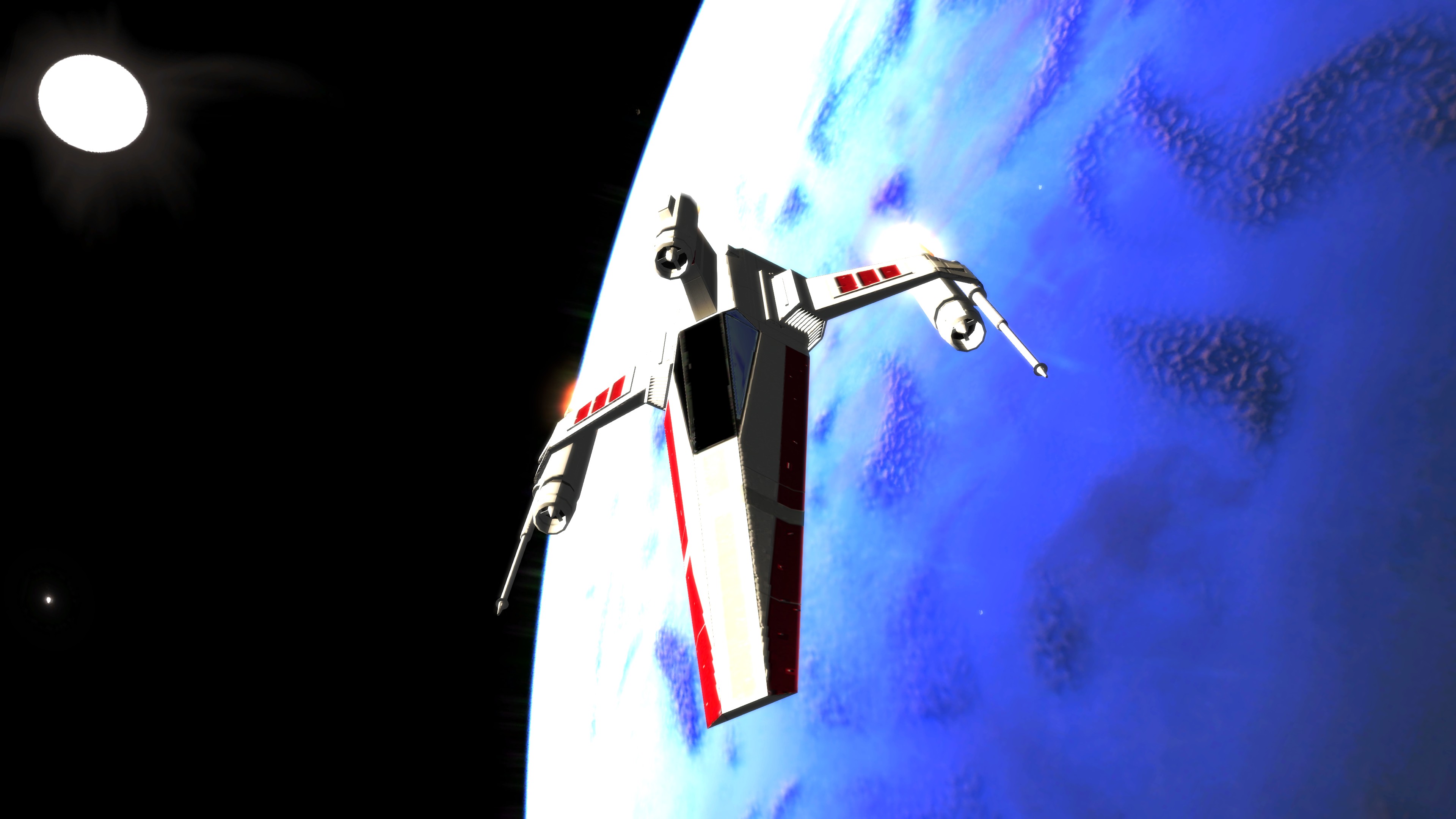 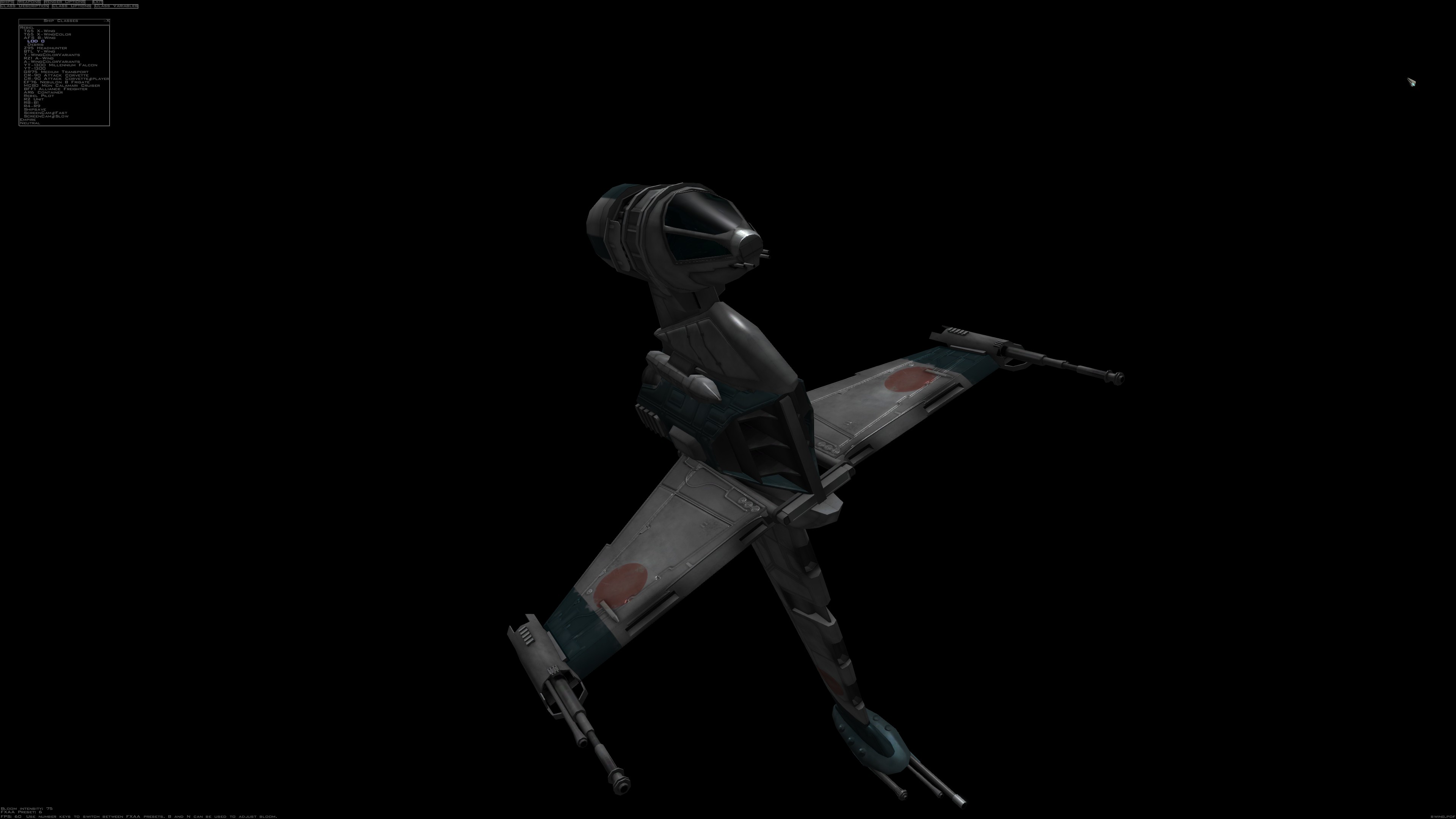 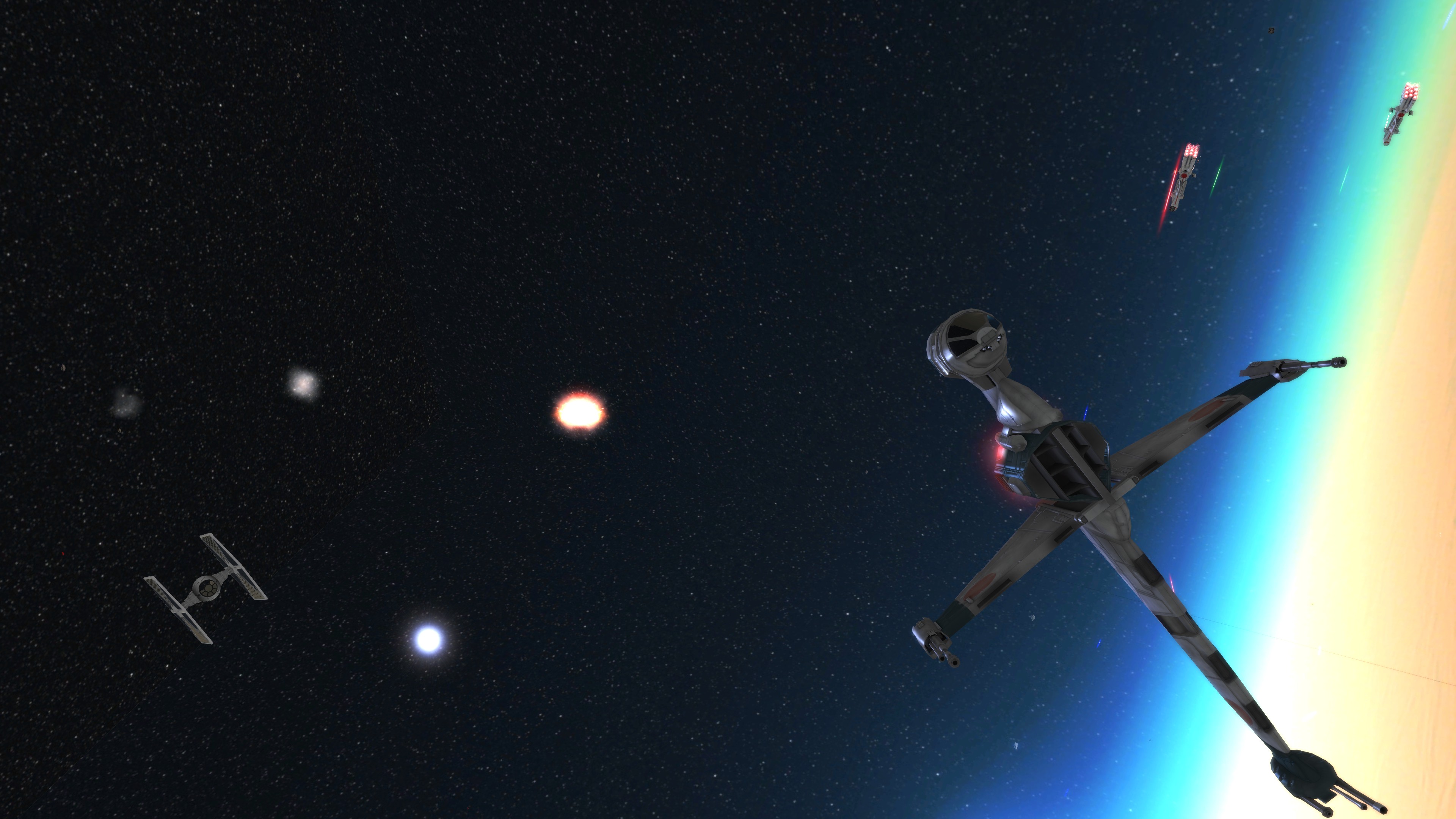 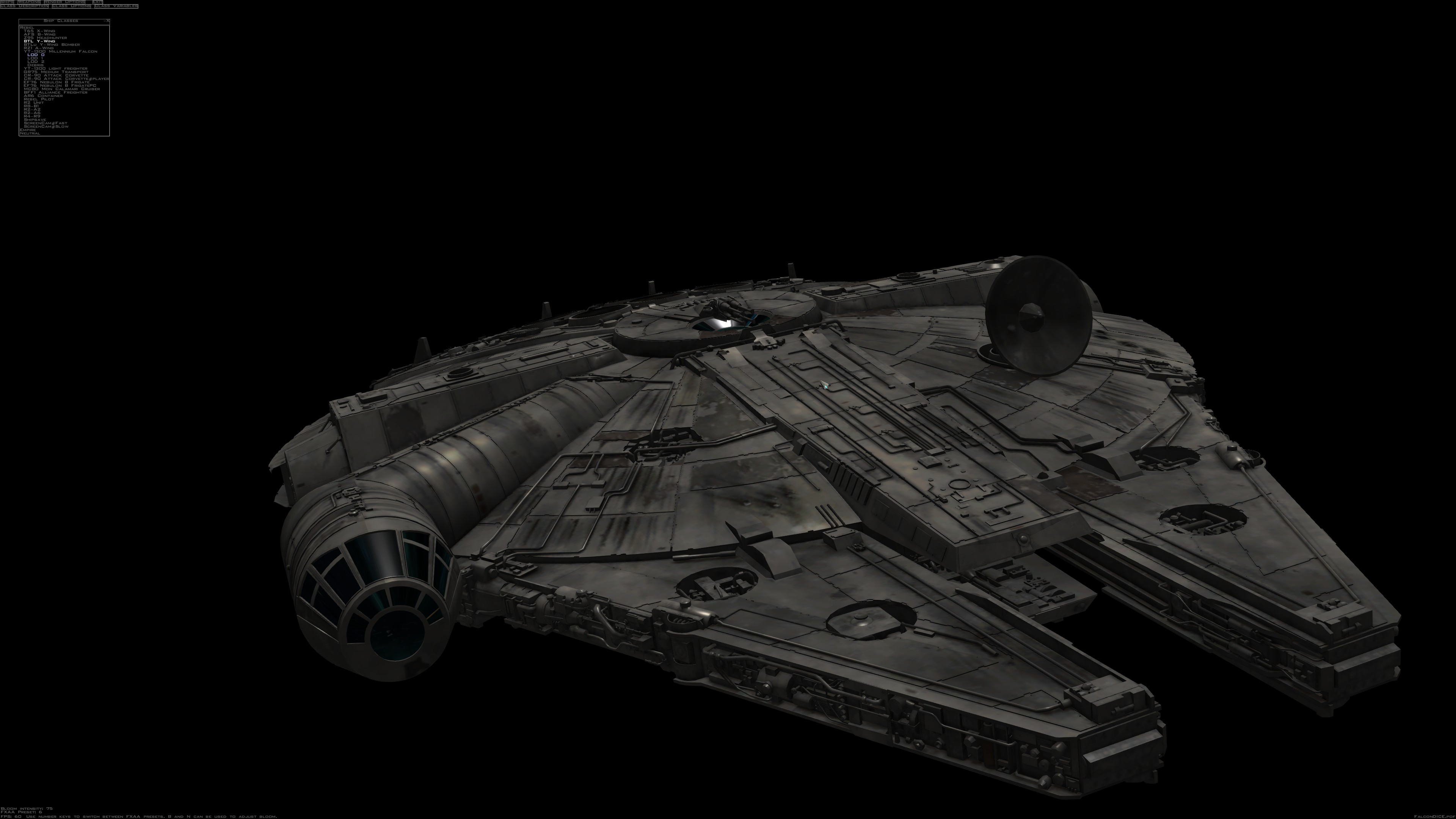 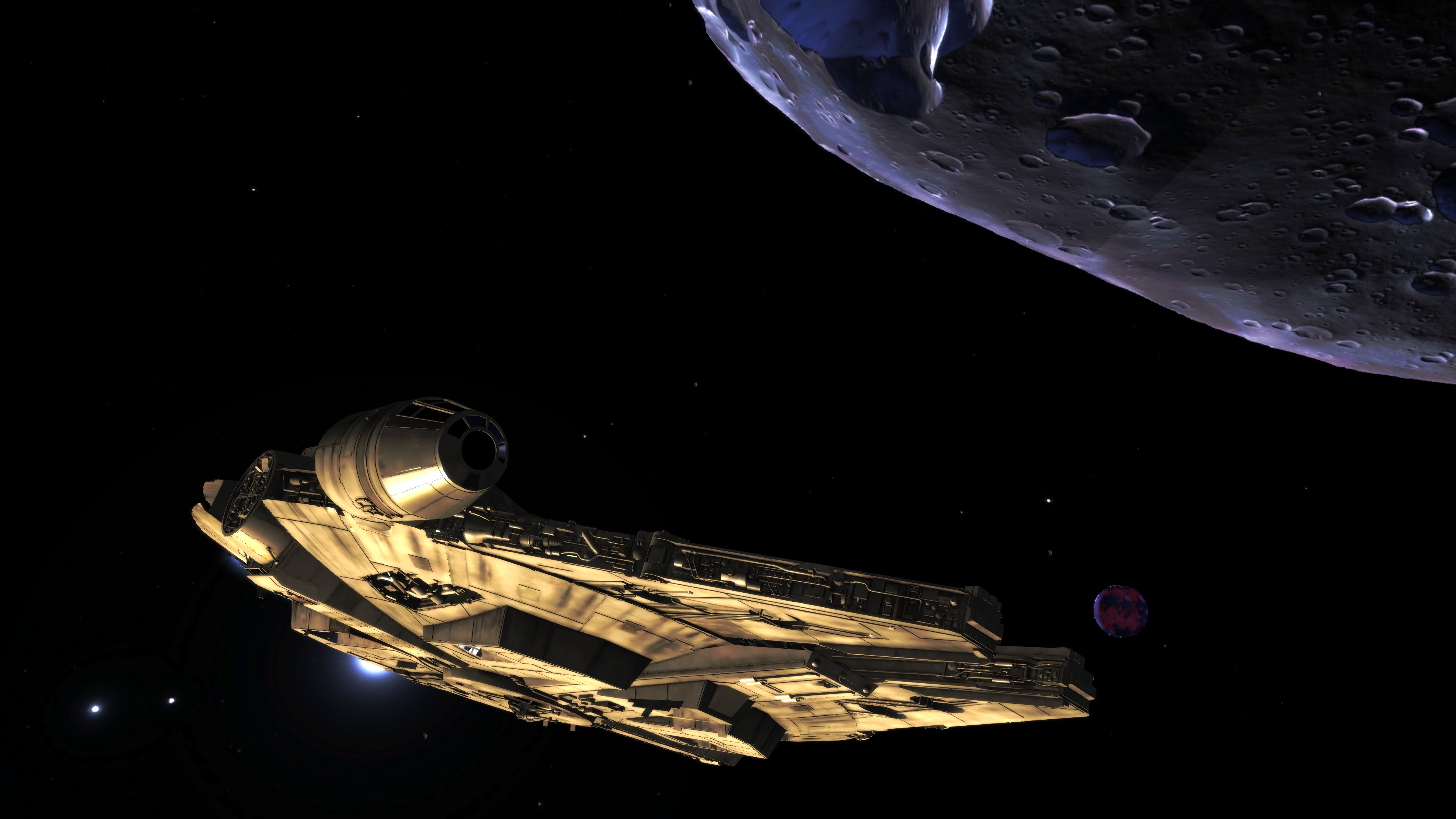 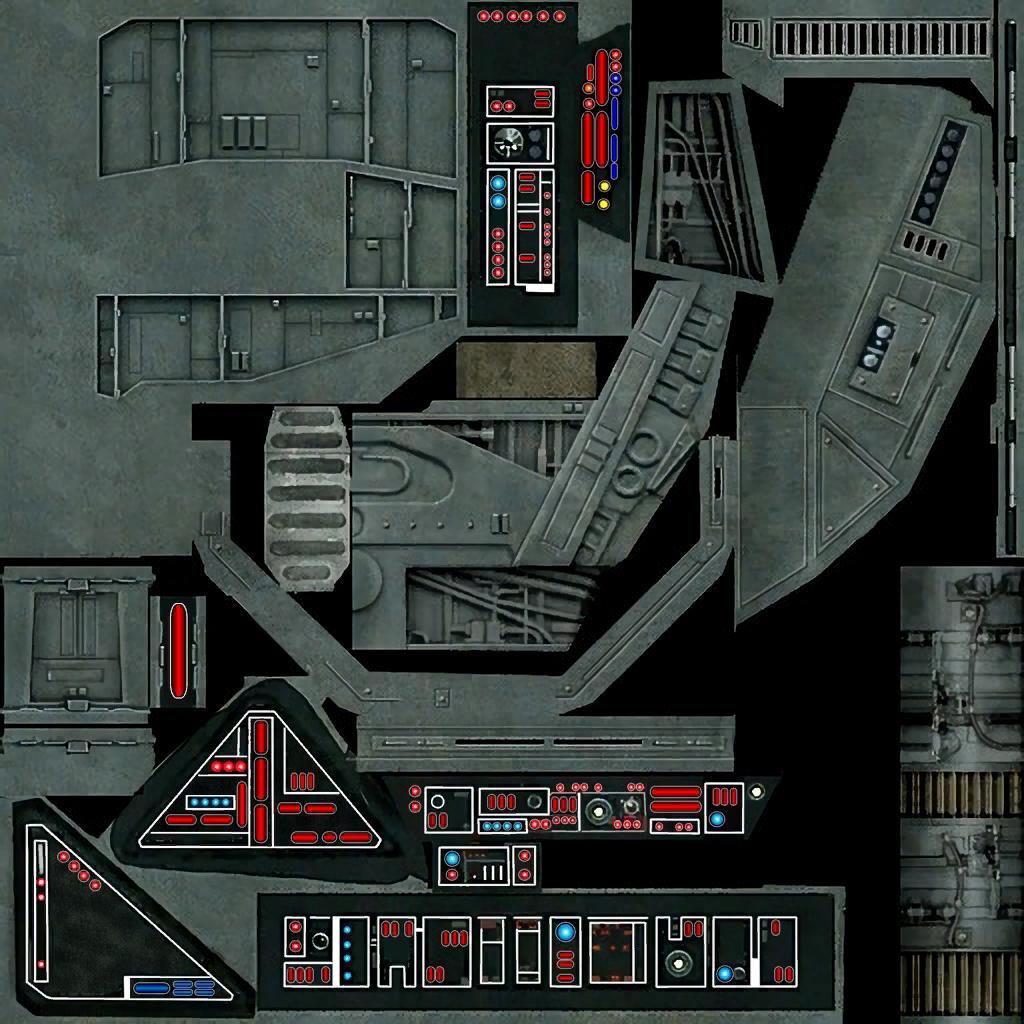 Stay tuned for more info and pictures as well as the big announcement when the new version has been released!

I would also like to take this time to thank everyone on the team for their hard work as well as all the testers and anyone and everyone who has supported this mod in any way and of course also especially the fans! Thank you all!

I am pleased to present the first patch for Star Wars Original Trilogy V4! Containing a wide range of fixes and balancing! Read-on for changes and link!

Announcing The Original Trilogy Version 4 release! There is a wide range of new content, a host of bugs are fixed, and many balance issues have been dealt...

After over a year of work from the second release, the third massive update to the Original Trilogy mod is now public.

This update focuses on showcasing the nearly complete first official mission of the Original Trilogy mod, and describes other new features, fixes, and...

Patches V4 Beta to version 4.11 - including a wide range of fixes and changes. changelog included. (Requires V4 Beta). Currently should only be played...

Announcing The Original Trilogy Version 4 release! There is a wide range of new content, a host of bugs are fixed, and many balance issues have been dealt...

This replacement mission fixes all the bugs that were found with the Prologue mission. Everything is working now.

Announcing Version 3 of the Star Wars: Original Trilogy. There has been a whole year since the last release, but in that time a lot of work has been completed...

This massive update concentrates on totally revamping and correcting the turret systems for the large ships, supplying a large visual upgrade for the...

I wanted to include a quick overview of the differences this mod possesses in comparison to classic Freespace mods. I also wanted to provide an more detailed...

How to use this mod with the latest Knossos manager? It seems it doesn't see Star Wars mod at all.

Yeah it's not uploaded to Knossos because the mod development has stopped. I am now working on the bigger Star Wars FSO project, Fate of the Galaxy (see comments below).

As the former head of this mod, I just wanted to let folks know that the free, open-source game Fate of the Galaxy which I am now a developer on has a new Discord with lots of information and chatter. You may take this as a sign that Fate of the Galaxy is getting closer to a public release!

If that link doesn't work use this one:
Discord.gg

I have some strange problems with this mod in version 4(.11).

The B-Wing is invisible and the POF does not have any assigned textures. So it does not look like in screenshots or various YT videos of this mod.
Also there seem to be some crashes if some ships are used due to invalid firing points.

Any fixes for that?

Just posting this here for other folks to see: Even though I am not the mod leader anymore, I think the mod leader is MIA. So I hopefully can answer your questions. Overall, this mod uses builds that are severely outdated and I would say that there is no support left for fixing those errors, and I would recommend not using 4.11, just version 4.0. I do remember many of the models having some issues, but I think 4.11 messed up a few things. This should probably not be classified as a beta anymore, and more of an asset dump. There are a few folks working on their own versions using this mod as base, but I don't think they are planning on releasing anything. Fortunately, Fate of the Galaxy is coming along nicely (which I am working on now) so there will be a very stable Star Wars release coming at some point in the future.

Hi,
Can anyone advise on installation. I've just found this mod. looks great but there doesn't seem to be any notes or anything to say what goes where.
Thanks!.

Hi, No I currently play freespace 2 through GOG.com these days.

I would actually recommended downloading Knossos, which is an easy way to download a bunch of mods for Freespace 2. Knossos is a launcher and mod manager all in one:
Hard-light.net