A mod that's going to bring you the best FOC experience possible! 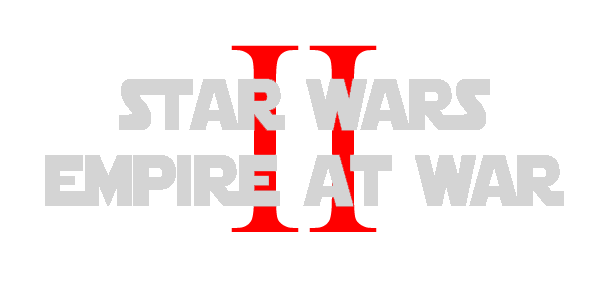 Welcome to Star Wars: Empire at War II
This news post will explain everything that I want to do with this mod.

Summary
Star Wars Empire at War 2 aims to bring you the best FOC experience possible. Only so much can be done with the Alamo engine, but there's lots of possibilities. With this teams skill-set, we'll be able to bring you what we've said to.

Brand new sounds!
As minor as this sounds, the majority of people will notice a big difference when it comes to having new, deeper, more realistic sounds in-game. We aren't going to be bringing you 5.1 Dolby or anything, but most of the gun sounds and engine sounds will be completely redone for your enjoyment. Only the minority of us haven't played Republic at War, and we all know how awesome that mod sounds.

New Particle & Projectile System!
Stock FOC has horrible particles and projectiles. They look atrocious. This mod will change that. We are aiming for the skies when it comes to the new particles. Not realistic, but awesome looking projectiles. Thrawn's Revenge is the quality we're aiming for in that regard.

100's of new units!
Coming off of this mod's new tech system will be 100's of new units. We've got Star Wars' main 4 factions implemented, and this gives us tons of room to work with when it comes to adding units in.

Check out our Affiliates! 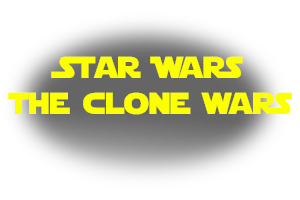 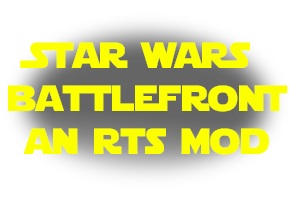 just a question will this have its own mod launcher planned or will it be run when u start up foc becuase mod launchers dont work on windows 7 on my machine for some reason but other than that thgis has made me want to play foc again!

There will be multiple launchers available. It will have an installer, a RAR, and I'll have a BAT and a LNK File to download if it's needed.

Is the hundreds of new units exaggerated, or can we really expect to see some ships we've never heard of?

You can expect to see ships you've never seen and/or heard of.

Hi,
I like the two parts of the game, in space and on the ground... Do you think you will develop both of them equally?

thx for responding! can't wait to see the alamo engine at its best^^
hope it will have a hell/heaven render;)

May the Force be with you, and hope you will go through this work at its end, so many just put good ideas down just after a few weeks... We don't have too much good new Star Wars STR game at this time... Nevermind THANKS!!!

wen is this mod gonna b releasd?