So a new Year, a new idea. I will continue the Sci-Fi at War and this Mod together. So whats to say about this Mod. I wanted to add Homeworld to the Star Wars Empire at War: Forces of Corruption Game. Just for the Strategic Feeling and Galactic Conquest, plus working Skirmish. But first I need to Export all Ships from Homeworld, Homeworld Cataclysm and Homeworld 2. Then make them ready to work ingame with EAW. After that done I will try to make a playable Version for Skirmish and Conquest. So it will take some Time and if I get something done I will show it to you. Including Screenshots and Videos. 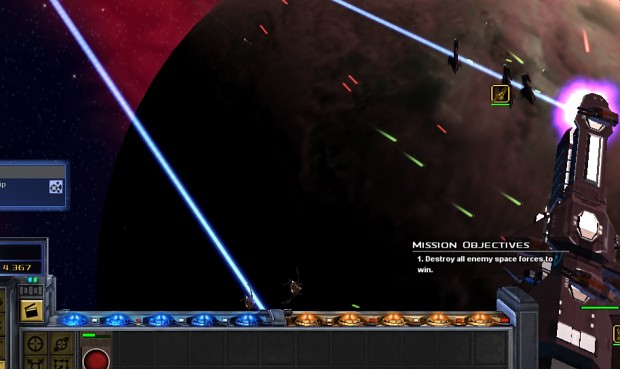 So thats the best I can give you at the moment about the Ion Beam. Farther away its just looks like a lightblue Beam, but when you scroll in you can see a much more detailed texture