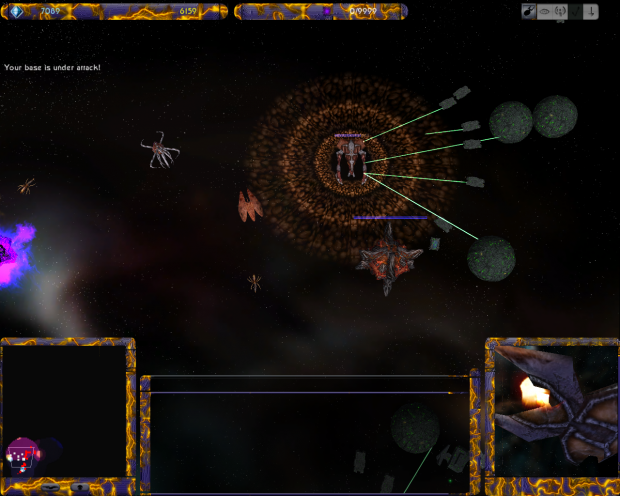 The Noxter was presented in the Fleet Operations version Beta 2 and never again. Now they're back.
The Noxter are a space-living organic species who evolved in a large Bio-Mass-Expanse (also referred to as the Biogen Nebula, although it’s not exactly a Nebula) in the Gamma Quadrant millions of years ago. The six large condensed matter structures which served as spawning grounds for most young Noxter would later be called "Mothers". They lived in peace (well basically in ignorance because they didn't know any other life form, they never went to planets and the like). More info: Guide.fleetops.net