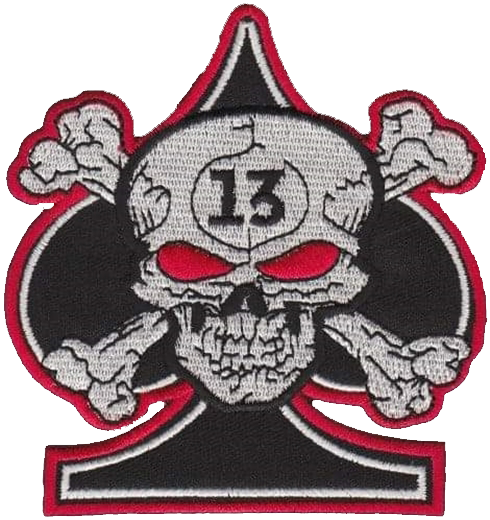 „Raiders “ or „Psychos of the north“. Fairly a large gang engaged in purging peoples and supply evil corporations with „testing subjects“, in other words hunting or killing humans. Noteworthy the presence of this so-called „purging ideology“, which completely copies some of the modern „Neo-Nazis“. Psychopaths, serial killers, mentally ill killers and everything in the same spirit. Some of them even put „Swastikas“. Many supporters appeared even among the civilian population of the „New Zone“. The „Gang Without Faces“ where selected by the corporation higher ranked officers, then throwing them from trucks trunks at the entrance of „Control Points“ spread everywhere around the Zone. And everyone will be dragged into this “Black Hole” again.
They are perhaps the most dangerous category of „psychopathic killers“ and gang of bandits in the „New Zone“. With their consent, they are marked with specific „Insignia“ (special marks and tattoos), and sent to the „New Zone“. Equipped with bunch of commissioned weapons and suitable equipment, that can turned them into pack of uncontrollable beasts, using all methods of survival and arts of killing. In the group there is no permanent leadership, the „Leader“ is chosen by way of a deadly duel. The only thing that is attach to them by the other stalkers are:

They still remain on life imprisonment, waiting for the government to lift the moratorium on executions. Or put a „Code Mark“ on the neck and go to the „New Zone“. For each of them, the code is their new name. The main military personnel only addresses them by their „code“, and state knows them only by their codename . In the event that one of the „Purgers“ gets promoted and leaves the „New Zone“ alive, he will be granted not just an amnesty but with deleted crime past too. Plus a new name and an opportunity to start all over again. The prospect for criminals with a lifetime is very tempting, but the state also understands the whole danger of such „Pure“ personalities – so no one should leave the „New Zone“. The label of them, is tantamount to a death sentence. Those stalkers who where captured by them were given no other choice than die, while others were promised to help newcomers in the establishing control over the „New Zone“ eventually lied them, they killed them too. All stalkers consider gangs to be traitors and all will try to kill you at the first opportunity. This is precisely what the gang are dangerous – under the pretext of simple stalkers having passed fortifications and having fallen into neutral territory by the group, they can arrange a slaughter on it no worse than a pair of platoons of soldiers. However, sometimes in a group someone breaks and gives themselves out. Then with a high probability the group will not do any damage at all. Some of the „Raiders“ members received control an patrol or ex-outpost that had been handed over by the corporation‘s soldiers before. Those from „Raiders“ members have moved to active action, with a special tasks. One more of the gang assignments are:

– sabotage, elimination, assaults and so on.

Members of this formation are notorious thugs, murderers, maniacs, bombers, well just a scumbags. Cold-blooded psychopaths with a specific and harsh moral code, a difficult past and dangerous future, but with bunch of ambitions. All members of the group are enough experienced killers. In fact, these are the same gangsters who can both rob and shoot. Only in contrast to ordinary gangsters, they do everything in an sick way. „Raiders“ are crazy and strong, even by the standards of the underworld. They are very In the new beginning of the local hierarchy, since here are all the murderers, outcasts and even deserters. Despised by all, they truly have fun, as they can:

- They rob everyone in a row, kill for fun, sometimes they even shoot in the middle of the city!

These criminals become a real scourge for the military, as well as many stalkers, as marauders, they are able to shoot, and their actions are unpredictable. Gangs operate without any type of script. For murderer at a special rate pays a trader. The traders are paying big for gang‘s members PDA‘s .Their actions are sentenced to capital punishment in the whole world.

- Holy believe that only a strong life worthy.
- "Crazy Joe“ to “ Kapitan“.

They are mostly hated but afraid at the same time. They are practically “crazy heads“, act in their own interests, and spit on threats and anything else...