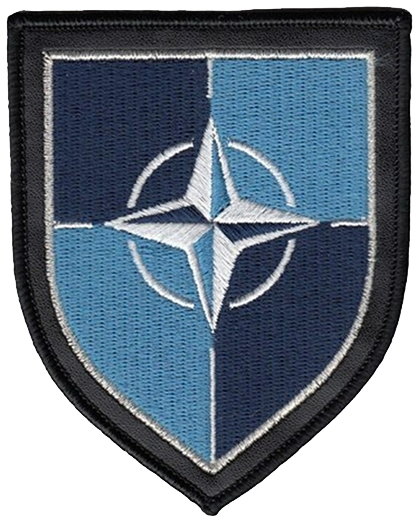 ‘‘NATO UA‘‘:
Leaders: Colonel Luvov , Captain Lee-Coper, Sergeant Prechov.
Goals: Guarding Scientists Expeditions, Guarding ,,New Zone’’ perimeter, Patrolling operations.
Attitude: Neutral/Enemy.
The ,,NATO-Ukraine‘‘government, through its Ministry of Internal maintains the ,,New Zone‘‘ perimeter with international troops. The troops, who are often referred to simply as ,,NATO‘‘ are tasked with providing and maintaining security along the borders of the ,,New Zone‘‘, In order to prevent unauthorized incursions by stalkers and by extension, distribution of artifacts to the outside world without government supervision. In the early days of the ,,New Zone‘‘, internal troops of the ,,State Security Service,, still stayed and formed the bulk of human presence in the area. While it is never directly established how much territory was under military control, it can strongly be assumed by wreckages and abandoned fortifications that most of the ,,New Zone‘‘ was at least lightly overseen by ,,Ukrainian Security Service‘‘ personnel. In the wake of the ,,First and Second Emissions’’ however, the military steadily lost its hold over the interior of the ,,New Zone‘‘ to newly formed anomalies and increasingly more prevalent mutated wildlife. Following the debacle they issued a decree stating that any unauthorized personnel who attempt to enter the ,,New Zone‘‘ was to be shot on sight. However, because of the corruption and low morale of the remaining military garrisons. ,,NATO‘‘ takes control over the ,,New Zone‘‘. The little percent of ,,Ukrainian Security‘‘ was send to protect ,,Island Of Krim‘‘ from ,,Russian Invasion‘‘.After that however, ,,NATO Troops‘‘ establishes a power-base into ,,Chernobyl-2 Anthenna‘‘ area, that they take from the ,,U.S.S.‘‘ troops. Finally, they are part of the opposition rushing to the center.
,,NATO‘‘ was a part of searching and trap an illegal immigrants who want to enter the ,,New Zone‘‘. Their tasks also include conducting anti-terrorist special operations, fighting organized crime and ensuring law and order. It is staffed by officers of the ,,Militia‘‘ and ,,National Guard‘‘ units who have sufficient psychological and physical training, high professional skills and, in contrast to special police units, have army weapons and equipment. The number of special detachment is 22 people without command personnel. The atmosphere in the team when they do not face any problem is very friendly and articulated. But when it comes to transactions between employees, only business relationships and task fulfillment are above all. Special detachment was created by the ,,Commander-In-Chief‘‘ of the ,,New Zone‘‘ perimeter security personnel to conduct special operations to combat stalkering and organized crime on the territory of the military campus and the perimeter. Attitude to all stalkers It is now quite good. But about all the bandits, gangsters, and so on. It is hostile, shoot at all without warning. Yes, sometimes they can kill a stalker who attacks them by the factions order. But if the stalker is not a witness and/or wanted for breaking law , and he doesn’t climb into the restricted area. He Is a person without any of interest. If a stalker decides to talk to a ,,NATO‘‘ trooper, he will speak very little, and then not about himself or his group. True, this will happen only If he does not send you initially. ,,NATO‘‘ trooper can have a rest, and if he doesn’t have animosity, he can calmly talk with an ordinary stalker about recent events, share a story, but definitely not one where his grouping Is revealed. ,,NATO‘‘ trooper will not tolerate curious stalkers.
Attitudes towards hostiles:
- Do not say anything, and the order for the ,,NATO‘‘ is important...
No ,,NATO‘‘ trooper will regret his goal or a witness, for that he is a proffesional.