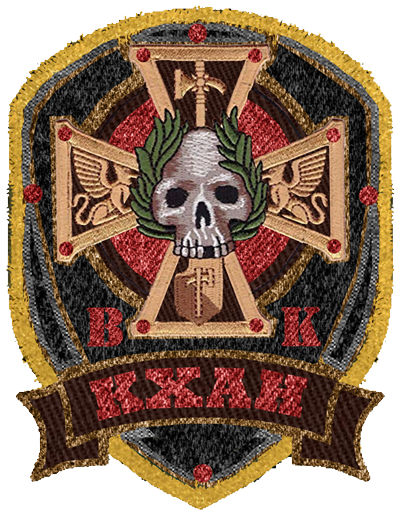 Their base is the hot spot for meeting single nomads, adventurers, marauders, bikers, and militants. It was founded by a group of traveling arms dealers at the site of a previous market discovered in a ruined city. They protect their loot from constant raids by nomads and the military , faction hired one of the most powerful bands of marauders from all over the world to provide security. The history of the growing market is life with internal conflicts, assassinations, and abductions. Located on an a spacious ex-biker lot, theyr base is a notorious place. It is where marauders, gangsters, various fighters and those of all sorts from all factions meet to trade weapons, drugs and sometimes even slaves. Force is the deciding factor for everything at their base.

- Man is like a wolf to every other man and it is the right of the strong to take what they like from the weak.
- Khan.

The style of the ,,Khan‘s Cartel“ very much resembles that of the Latin American mafia and cowboy bikers. This includes leather jackets, track tops, sweatshirts, leather gloves, sneakers or boots, and so on. They cherish their armour in a special way, as they believe that armour is not only functional body protection but also a certain indication of status. The „Khan‘s Cartel“ formed not that long ago, then a Long-term line contract was signed by the cartel and the ,,Traders‘‘ , that no one can taking part Into other factions bussineses. When we talking about them, these guys are specialists In their work. The faction contains soldiers and veterans from all gangs of bandits, robbers and killers. Yeah they work like bandit gang too, but they also make a lot of connections with the „New Zone“ best fighting-power factions like „Rebels“, „Elite Stalkers“ and „Shield“, with the outside world too. For 2 years they become the head organization In drugs and weapon selling all around the zone. They’ve got very big role Into the ,,New Zone‘‘ underworld, and Into the black market too:

They are bandits but with a lot of specializations, they not ambush you just like that, they will make plans for the attack on you. They can kill you and robbing you, when you don't suspect anything. They working very clear or total agressive, depends on the sitution. Every stalker got chills when heard „cartels“ name. Because the stelth Isn't unknown for them too, even if stalkers are In big groups.