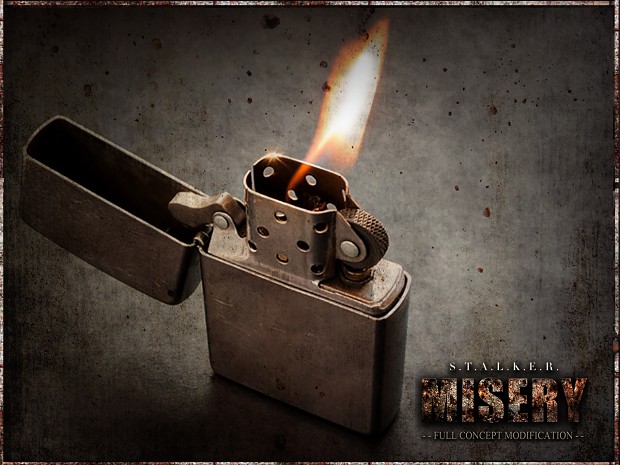 Damn. This is gonna be real good...

HA! I bet no one saw this coming :D

I said early in development that in first couple of hours that most common question in the zone would be "Have you got a lighter ?" :XD

And not only for smokes, you need it to start a fire and cook something.
Some tiny item can be a true game changer in the zone.

The primary reason to stay in Zaton was the simple fact that it wasn't worth it getting to Jupiter early on. The journey was quite expensive and didn't really pay for itself unless we already had cool gear - at which time it already isn't "early" :p

Well, you got options at your disposal. To aquire a lighter in Zaton is not way too hard. It is intended to give you some pain at a begining of game, but not way too far in gameplay progress to make it tedious feature.

Also it is possible to explore anomalies in lower tier suits or with red scientific suits.
But I will let you to discover on your own what fits better to your gameplay style.

I was kinda hoping for a Class breakdown picture (the one that shows weapon proficiency etc etc..) for 2.2. Unless nothing has really changed. I try to get more people into mod with those pics.

We only need a spoon for the heroin now.

Maybe a mirror for the blow

I always used to gather 100k and travel to Jupiter for the beloved SEVA. So I can leave the base at daylight... daylight misery

Do I now need a fu**ing lighter to smoke?!

The MISERY mod adds a huge variety of drugs, cigarettes and other medicaments with various effects for you to experiment with. With MISERY 2.2 we implemented a requirement to have a lighter at your disposal in order to fire up your cigars.

This is an element that we kept as a surprise (among others) for MISERY 2.2 for the sake of immersion. We considered the option of implementing a half empty lighter in starting gear for all classes, but ultimately decided that it would be fun to make the players figure out what to do themselves.
It is too easy to find lighter refiller on loot and it is cheap to buy. It won’t take long to figure out what quest you need to solve, to be able to buy lighter. Also, you can travel to Jupiter map early in game and buy lighter from Hawaian and buy green suit from scientist.

It is intended that players go to Jupiter map early in playtrough, solve some easy quest there and return back to Zaton. But in previous releases players were not encouraged enough to leave Zaton early in game, hopefully absence of green suit and lighter might help to consider this as option. At least, this is what we settled upon within the development team.

For more information about the various aspect of the MISERY mod please see our official website themiserymod.com which is now updated daily in relation to community response and reactions.