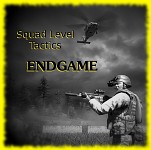 If you haven't done so, please give SLT your rating and let me know what you think about it. Your feedback is always appreciated.

SLT and the new Editor Expansion

With this in mind, I'm curious to see if there is enough interest in OFDR in general to pursue the notion of starting from scratch on a new iteration of the mission. With the editor expansion, all of the core timing mechanisms and event handlers in the game have been moved over to a root script that loads into the editor and distributes everything to all of the secondary scripts making for a modular scripting environment. For reasons unknown this has also provided unprescendented stability to the game when coding huge missions like Squad Level Tactics. I'm happy to take on the task of recreating this mission if there is enough interest in such a thing. Please drop me a line and let me know what your take is on it. All comments and feedback are welcomed here and in the True OFDR Community Forums. I hope to hear from you!

If you enjoy this mission/mod then please give me a vote for moty.... I know it's a longshot, but I appreciate all the support I can get.

Back again with a new update. Added a couple of features that inject a bit more strategic maneuvering into the game. Mainly the ability to call in strikes...

A word from Coheed IV

Coheed VI wrote this little piece about SLT Endgame on the Operation Flashpoint Dragon Rising forums over at the CM website, I thought I'd share it.

After a long time in development, I've finally settled on a release version and let it go. I still have work to do regarding documentation, but there...

Since the last release I've been working almost non-stop on what will prove to be the most in depth freeroam tactical combat experience you can get from...

Just some tweaks I've been messing with and a lot of start points Important installation instructions!!!! PLEASE READ !!!!

This is the final release of SLT Endgame as I'm off to new horizons.

This is an update to the mission files only originally meant to bring the mission up to date for the anticipated OFDR Essential Mission Feeder.

wher do i Downloading hir ?

Love this mod. Wish there was a way to make god mode permanent. For gits and shiggles.

how i install slt r8

R8 is/was supposed to be incorporated into the SAR installer for OFDR, but due to differences in opinion, was never used in that capacity. You can extract the file SLTEndgame file into your "OFDR Game Directory> data_win> missions folder. The hotkey executable goes into the main game directory and the modded ai files go into the data_win directory if you wish to use them. I intend to post an update at some point since I've been making small changes here and there for quite some time and I'll make it a simple drag and drop one file to install the whole thing. If you have any propblems let me know and I'll do my best to assist you.

Thanks Tvig, keep up the good work.Not having much luck with the 'here' link above and would like to know which forum your now using ?

The "here" link has been fixed. It was directed to the old Endgame thread on the community forums. Too bad CM pulled the plug on the game all together now. For those that don't know, you can still play coop online by setting up a lan game and sharing your ip address with the people you want to play with. Then they can go to join lan game and type in your ip and you'll be back in business.

Thanks, (thought I had read a post to say you had left that forum, must be me getting mixed up).

I did leave until they got a few things straightened out. It's all good;)