This is for TESTING, tell me what you tested on Discord.

Not dilluted with a pleasant stay in town and commerce.

Fans of Diablo 1 and other dark 90's games (Hexen, Heretic, Quake 1, etc), this is a project you might want to follow.

People only looking at D2 like an early and lacking mmorpg, time to say goodbye.

Stay away from this mod if...

What you can expect playing this mod

... and many more changes I haven't listed here.

Spirit of Diablo level up stats

..and for those who forgot, or have never played Diablo 1....

With this version the town is no longer so important.
Survive with what you can get, and try not to get lost in the dark...
It's a different genre from the Diablo 2 you are used to.

I don't know this guy but good video! Timestamp for bloodraven
I don't speak this language but maybe you do ;)
Some features: 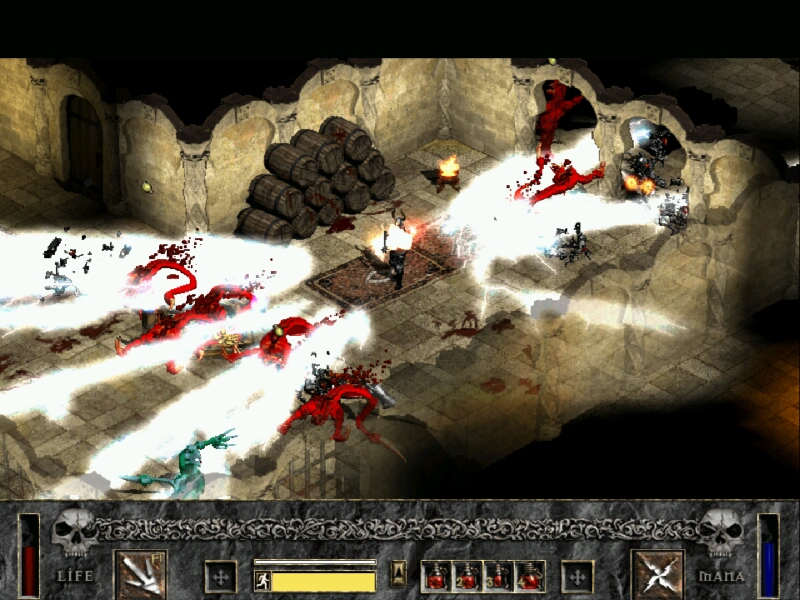 Spirit of Diablo = making the game focus about what the title says...

Diablo is a game about demons after all... Diablo is the name of the main Demon in the game... Also :

- New HUD - New monster spawning pattern A lot of things will be different in version 0.7. Darker, scarier, faster paced than v 0.6c, and you will be...

Some things to notice in the Rogue / Amazon vids: - realistic run/walk speed (slower than original) - how long it takes to run out of stamina - darker...

This version shifts the focus towards dungeons and quests and away from the comfort of town. Very dark, scarier, new UI, higher item quality and diversity...

Installation instructions and config file for D2SE. You need to download "Spirit of Diablo" before following the instructions provided here.