The point being that Source Lobby would provide to the steam community a virtual space/world in which players can meet one another on and to arrange things and have fun. On Source Lobby there will also be mini-games incase they cannot find anything else to do. We plan to introduce things such as the ability to create private lobbies with friends or strangers within source lobby that would take all of the players to a server of the lobby hosts choice, this wouldn't require any rcon passwords for anything. All it does is run a command line that will close source lobby and then do something like the steam connect command to an ip like 12.34.56.78:27015.

Currently we have came up with some mini-games in which we are just going to name for now. Some are really simple and some will need explaining:

Remember to join the source lobby steam group. We might host closed betas for group members only.

We are currently looking for a coder to take over our Lead Coder Post. If you are experianced with C++ PLEASE CONTACT LIONHEART1066 ON MODDB!

If you fit what we are currently looking for, send me a private message on moddb to lionheart1066. You must provide examples of work that you have previously completed.

Source Lobby will be for PC and possibly Mac as well. For Linux it will be the server side build.

Thanks for voting and helping Source Lobby on it's quest to become the 2021 Mod of the Year. You are now in with a chance to score some free games from our #modlove collection. Help this mod secure more votes by embedding the widget (or link) we have included below on your favorite sites.

We are back and on fire!

I'm sorry guys for letting the mod slip out of my hands and allowed it to go off during the past month, I have been rather busy with VS Saxton Hale and Boss Fight Fortress, learning how to map better.

But now that I can make maps easily to acceptable standards I have returned to Source Lobby to pick the work up again and to continue it, but of course as always i'm not alone.

I've returned with Kwant to kick start the mod again, infact thats not all, of course some of you remember me earlier today posting concept art of Eliza, an NPC within Source Lobby, you guys can take a look at her here. 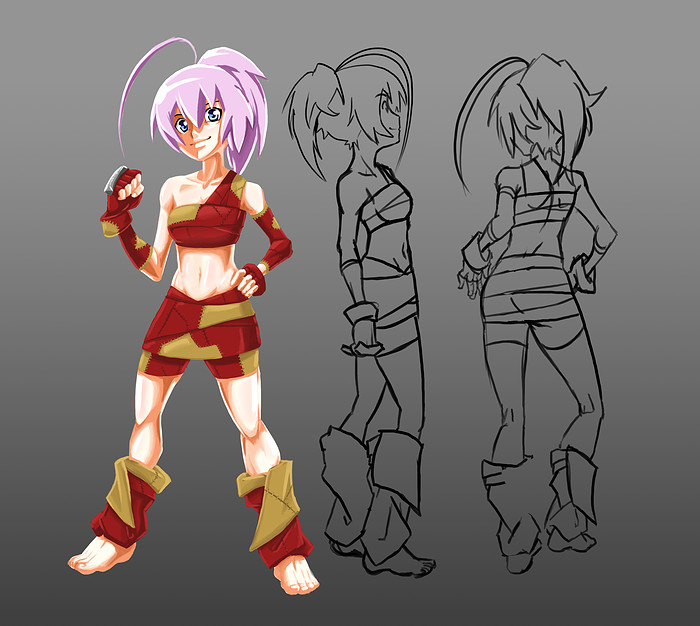 The drawing was done by Mandarinn, this was actually the first piece of art work that I was shown before I instantly knew he was going to take this mod places with his talent. We're actually very lucky and very greatfull to have a man of such talent onboard. Who knows, maybe we'll finally convince coders and other talented modders to join our team now.

Not also to forget to mention that Kwant has also started making concept art for his up coming models that will also be included in the mod... infact shouldn't we be calling this a game? The scale of how much is going to be in this is just going to be... well alot as to say.

Showing off a concept thingy that I created in hammer.

Its actually a bug. The vortigun really likes to follow me.

Quick preview of the nightclub that propsareawesome gave to me.

A maze mini-game that will include portals

So i'm actually considering of using the portals from portal as a gameplay mechanic.

So I wiped up a quick one, its surely better than the previous one.

What the background will be on the main menu. This can also serve as a desktop wallpaper.

Sorry guys but this project is on hold until futher notice, entire team abandoned and i've been recruited onto a different mod.

Hey, how's this mod going? Hasn't been an update in a while.

But there might be some news this week if things go well.

This would be a awesome menu thing for steam, they could just scrap the store page and give us an actual 3d store...

So this is going to be like Playstation home for the source engine?

Expect me to grief.

Expect yourself being dealth with shiftly.

even though i have a strong hatred in anime, I'm still going to download this because of the DESTRUCTION!!!

It won't be anime based, its just the concept art having a style that you consider anime, at the end of the day its just art, imo.

A place to just hang out in the Source engine sounds freaking awesome.