Mod for Opposing Force. The story covers the time from the arrival of soldiers to the nuclear explosion in Black Mesa Research Facility. ~5 hours of gameplay, 30 maps totally.

It's about coding too, not only mapping

So long time without updates... yet we still work on the mod. And not only on the maps, but on the game library code too.
Yes, we re-implemented (almost) all Opposing Force entities and now we can add new features beyond original Opposing Force capabilities! You can see one of new features on the screenshot: displaying following soldiers in player's HUD. Sorta like in Half-Life 2, but it also shows soldiers' health. 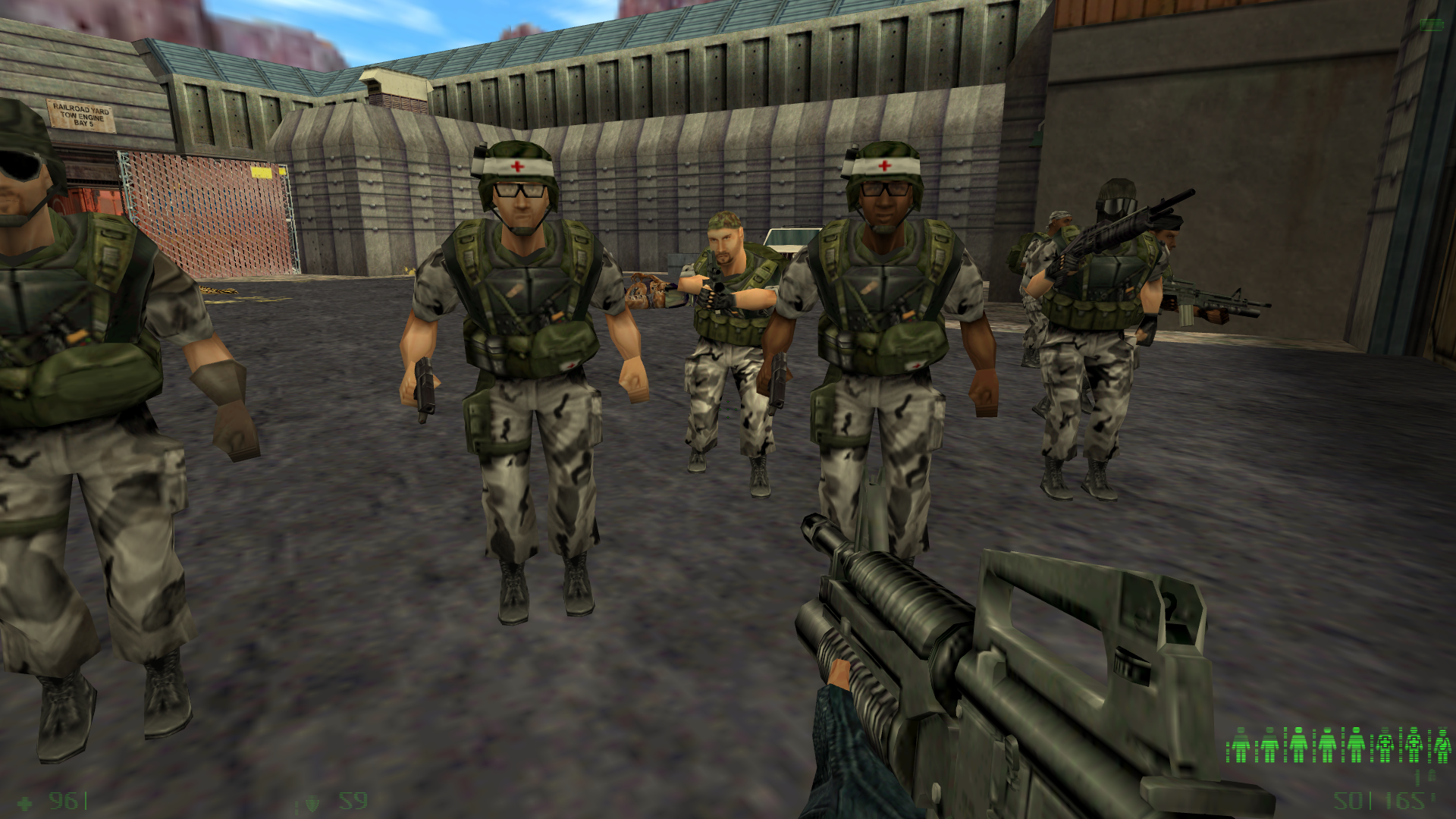 But there will be more. The mod will feature new monsters besides ones from Opposing Force, and some old monsters will even get new abilities.

Having a source code also means that now we are free from Half-Life and Opposing Force bugs (there're lots of them), so the game quality must become much better.

As for mapping the work is still in progress. We discovered that the mod at the current state does not have enough places with open space and we're working on something epic right now. It's gonna be huge!

Alive and Sort of Kicking

We're happy to tell you all that we're back on our tracks!

A few thing you must know if you are interested in the development of the Soldier's Adventures mod.

Due to exams, we can not work yet fully operational. Work will resume in early July.

10 years after the release of Opposing Force... And some new media here.

Another 10 years later and you guys still didn't release it yet.

With how long this has been under development, how often have you gone back to improve the older maps? I reckon you probably went through a few "Versions" of Soldiers Adventures over the last decade!

This is the reason for the delay of the mod. We are improving old maps all the time. Without it, this mod would be ready around 2014... Maybe after the release we will share very old build to show the difference.
P.S. Sorry for my english :D

I'd honestly love to see that!

How are things, any news?

An Opposing force style hl1 mod? so what does it change i'm in

New Story from the perspective of another soldier.