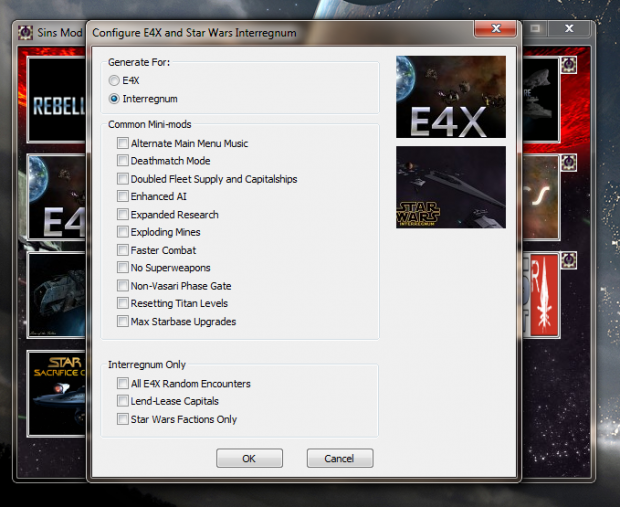 Talk to GoaFan77 and will be updating this dialog to support the Interregnum mini-mods.

For those mods brave enough to have complicated stacking options...