What is Shooter Tourneys?

The game is a modification of Half-Life and takes advantage of open-source technologies developed by YaLTeR (OpenAG) and BulliT (AG mod) and uses new game modes to give you the best experience.

Shooter Tourneys includes a massive set of official and community-made maps (with credit of course) so you don't have to wait for servers to download maps all the time (it's a lengthy process). 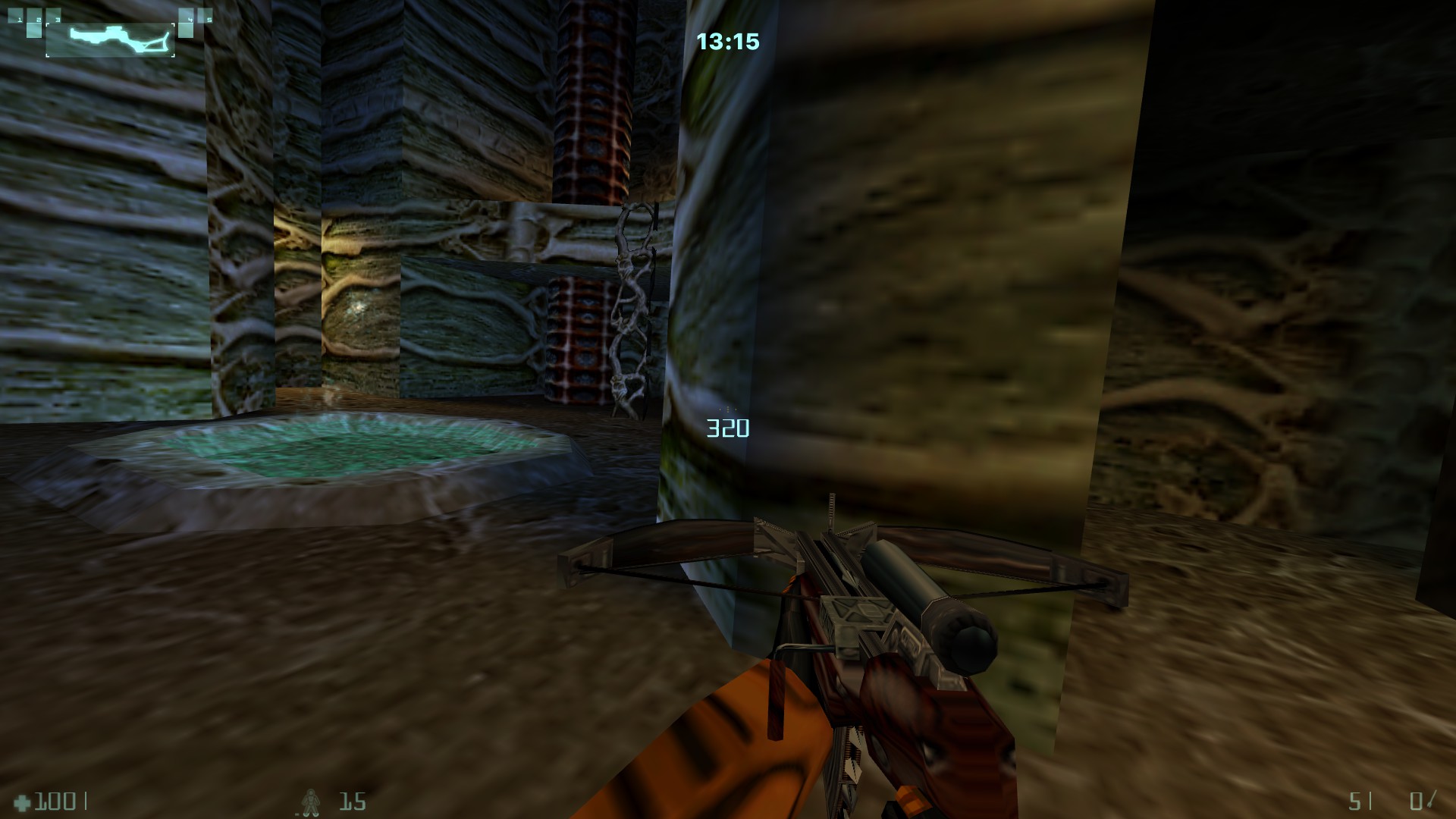 A PC with specs made in 2007 and later is recommended.

A PC with specs made in 2007 and later is recommended.

Don't install the ordinary Metamod. Instead, install the one from here. (NOTE: This version of Metamod does not work with ordinary listen or dedicated servers. You will need ReHLDS for it to work.

By default, the Half-Life game engine now reports the current status of IP LAN (e.g., sv_lan 1 or unable to authenticate) games to the master servers. This reporting is for general statistical information to Valve only and these IP LAN servers will not be visible to Internet players. If you would like to opt out of having your IP lan server report to the master servers, you must run the engine or dedicated server with the "-nomaster" command line option.

The Joystick Functionality in the Half-Life engine is very outdated and only works with joysticks made in the late '90s and early '00s. If you wish to use a controller for playing Shooter Tourneys, you can use the following software solutions:

Why does the gauss/tau cannon not fire, but the ammo goes down in some multiplayer games?

The answer here is ping latency. Try to improve your ping by moving closer to your router, using a wired connection etc., restarting your computer, restarting Steam, playing on a different server or using Ping Enhancement Software.

What is the difference between this game and Adrenaline Gamer?

Quite a few. For example, there is a massive set of maps, easier accessible menus, more and modified gamemodes, reanimated playermodels, viewroll, viewmodel bob tilt, and a few extra goodies.

Why can I see incomplete parts of the weapons' viewmodels?

Simple answer: FOV. You can change the FOV of the firstperson view by opening the console (press the ` button below the Esc. key), typing default_fov in the command line and then the value of your choice. The minimum is 20 and the maximum is ~170. The default value is 110. Though it is defined in the userconfig.cfg file, the value is also hard-coded into the game.

Why is the mod folder and official map name called zamnhlmp?

IV. Contacting The Phoenix Project and/or the Shooter Tourneys Team

To respect the privacy of our developers, there is only one E-Mail address you can E-Mail to get in touch with The Phoenix Project and/or the Shooter Tourneys Team. To tell us who you're writing to, write "Dear" and then the developer's name. The E-Mail address is thephoenixprojectsoftware@outlook.com

Here are the developers:

The Phoenix Project is returning on Saturday, 27th June 2020.

The Phoenix Project is returning on Saturday, 27th June 2020.

I am on a break until further notice.

Read this to see why the development of Half-Life: ZAMN and other Phoenix games are now on hold

By joining our BRAND NEW Redstone Programme, you can play any game developed by Phoenix, including Half-Life: Zombies Ate My Neighbours early.

The Phoenix Project is now accepting donations on behalf of Heatwave

We are now accepting donations!! If you want to support our projects, read this article.

The first release of Shooter Tourneys. Have fun! Public playtests and more versions can be found at Github.

This is the day one patch for Shooter Tourneys. It includes a few fixes and additions.

Those animations looks pretty good.
Can you share the models?

The animations have been created by one of our team members _-=MTB=-_ and he has released the animations on here: Moddb.com