Add an new "empire building" mechanic for a truly epic Star Trek experience. A total conversion mod where you can play as one of 5 Star Trek factions with Rebellion 1.85.

This release fully incorporates the Minor Factions DLC, with numerous new features along side a roster of custom minor factions. 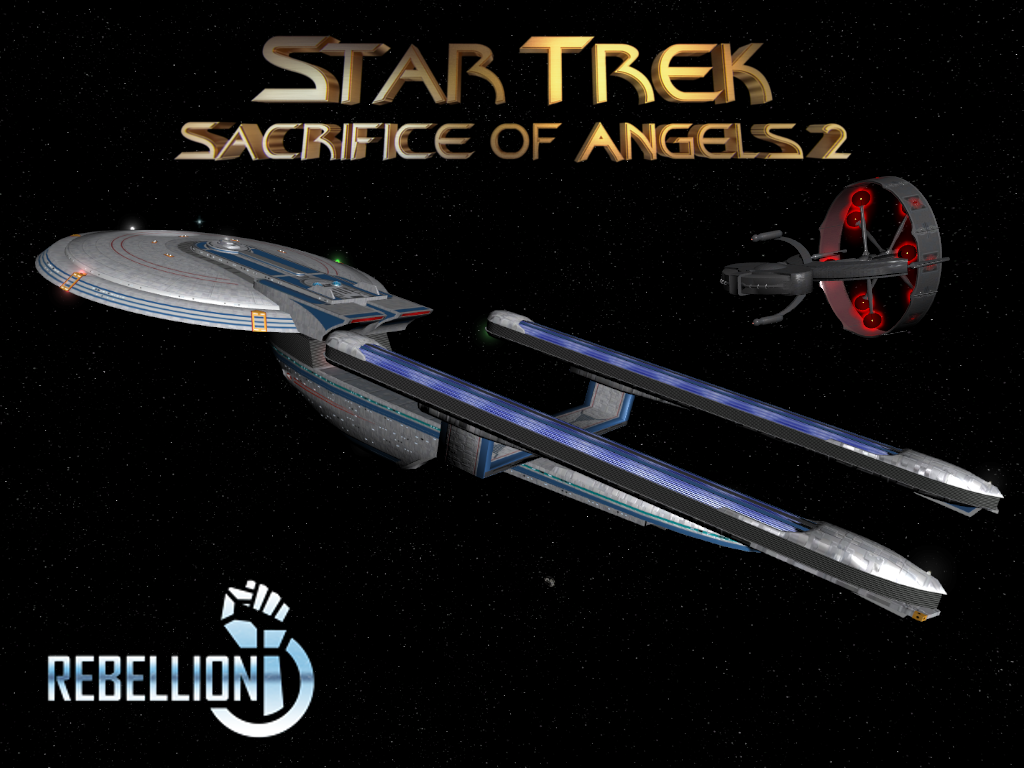 This release features several unique factions with their custom Minor Faction abilities. These factions have a diverse roster of offensive and support oriented abilities, as well as powerful defensive capabilities and their own flexible spawning system for sending out faction matched raids. 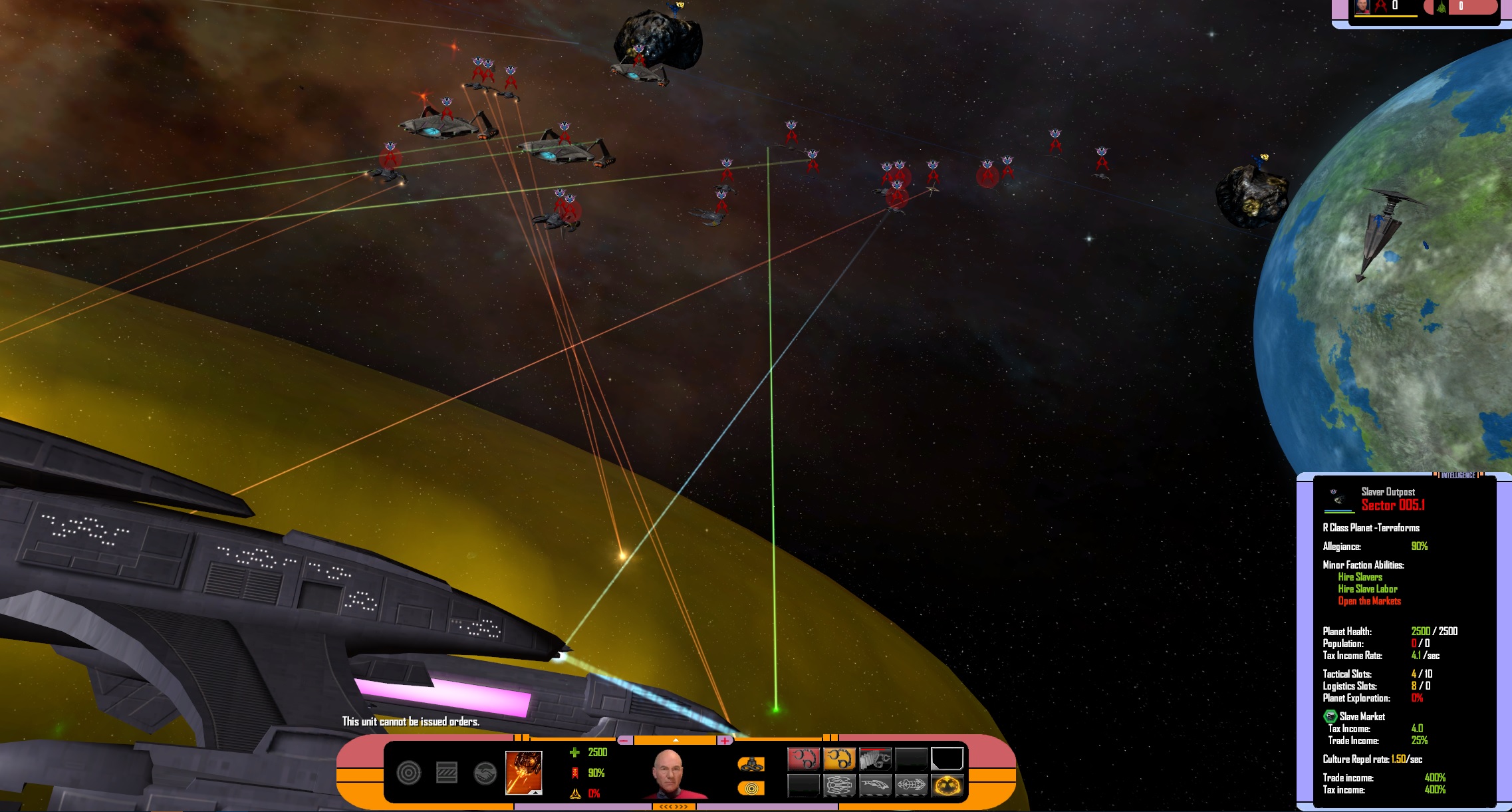 These minor factions can be taken over in largely the same way as is done in Vanilla Sins. Simply move an envoy to the target planet. The Borg, of course, don't.

This release also fully incorporates Rampant Militia from Outlaw Sectors, now that it is faction specific. Included in the Rampant Militia spawn, is a flexible spawning system that uses Attack Raids, to give Minor Factions additional faction appropriate forces alongside. 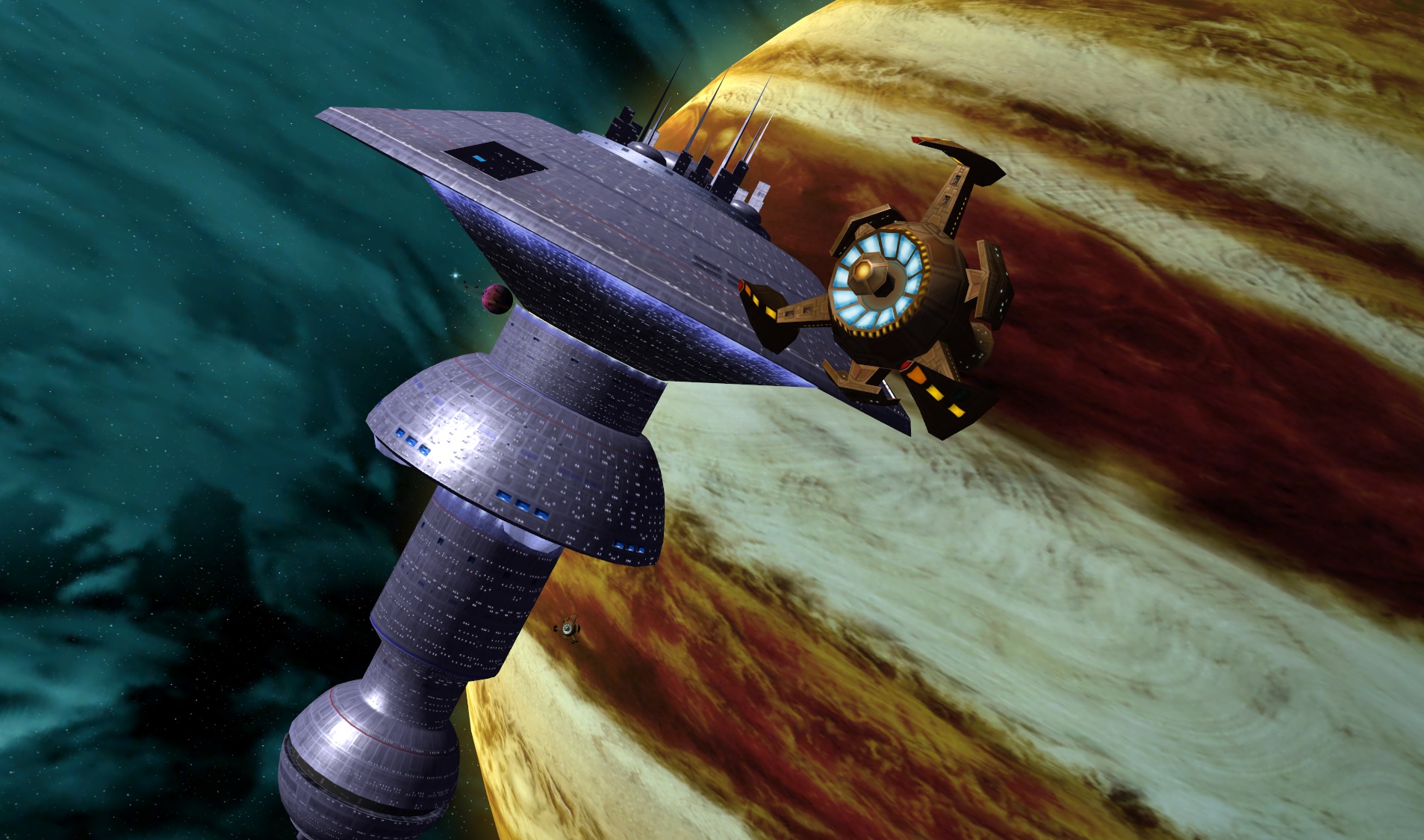 There are three methods for obtaining self sustained turret spawns. These function as a starbase support system, and allow for substantial advantages in the defensive power of Minor Faction planets.

The first, naturally, is Minor Faction themselves. When the player builds a starbase in orbit of one, the minor faction automatically supports the structure by way of regularly spawned turrets, up to a maximum of 6. These turrets are created by the starbase itself, deployed and positioned around it to create a solid power base regardless of where the AI placed structures end up after being destroyed.

The other two sources, are the Norway Class starship, who's existing Turret ability has been changed from a spammy, management intensive mechanism where you place individual turrets, to the same starbase support system, and a system that can be ordered from the Ferengi Weapons Dealers, one of the new Minor Factions. Should you be playing the Federation, and obtain said Minor Faction, you'll be capable of, at great expense, an extra 12 self maintaining turrets at all of your starbases, and 18 for those at your Minor Faction worlds. Provided you keep the starbase alive, they'll end up being highly effective purchases in points of heavy conflict.

I haven't played this in a while. Will download and give it a spin.....

This and Armada are some of my favorite mods for Sins. Thanks so much for your hard work on Angels, guys!

What a pleasant surprise, thanks for the update!

Is there a tutorial how to use the factions?
I couldnt beat the Dominion with Klingons.

A bit late, but there's a general overview in the tutorials section, very broad strokes.

Klingons are actually the most straightforward faction to play, so it's probably a philosophical problem more than a mechanical issue. You can come hang out in the group chat on Steam and pick my brain if you want specific details about how things work.