In alternative timeline Russian Revolution didn't go as well for the soviets. They didn't lose but they didnť win either. The tsar's army with help of various anticommunist russian volunteer divisions and Czechoslovakian legionares managed to stop soviet advance and the civil war turned into stalemate. The war lasted until year 1923 when both sides agreed on peace. Majority of Russia was destroyed and major famines and diseases killed hundreds of thousands russians. Some people especially those in the far east and minorities from Russian empire lost their faith in tsar and proclaimed their indenpendent states often supported militarily or just economicaly by other countries like Japan,USA,Germany or smaller ones. Now in 1936 many of the russian countries rebuilded their factories and armies and they are ready to continue what they started many years earlier the russian civil war. 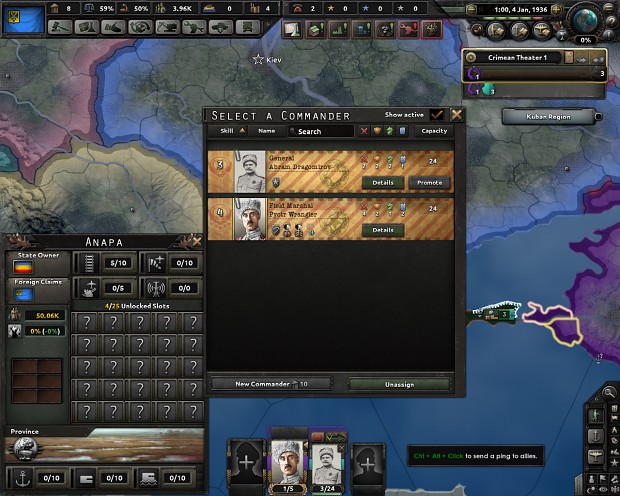