OpenRA mod based on Command & Conquer: Red Alert 2, rebalancing and adding new logics to the Allies, Soviets and Yuri to make it more competitive.

Tune in for the campaign in the future. 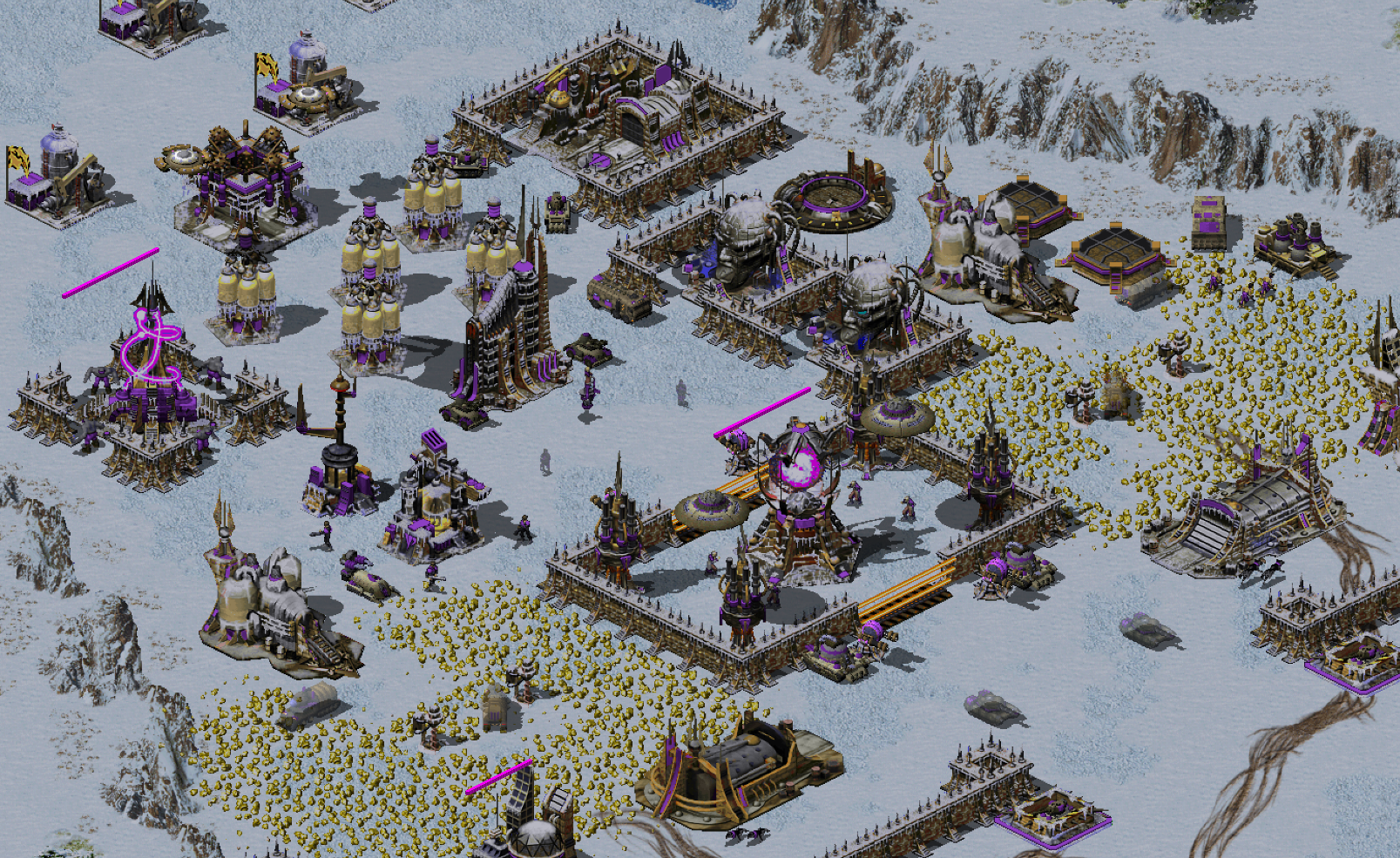 Hit & Run and mutated beyond recognition.

Using genetic mutation, mind control and Yuri’s Lazarus technology to control not only the battlefield but the minds of their foes. 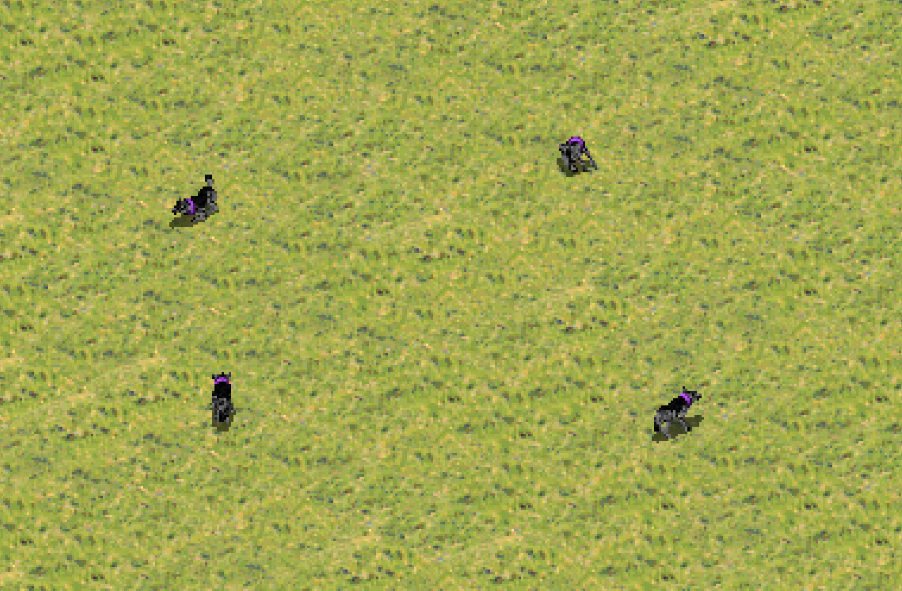 We have added Dogs for Psi-Corps which will eat up Allied Spys and deal with Soviets Hijackers. Yuri's Attack Dogs are good boys.

Unit art and cameo by MustaphaTR. 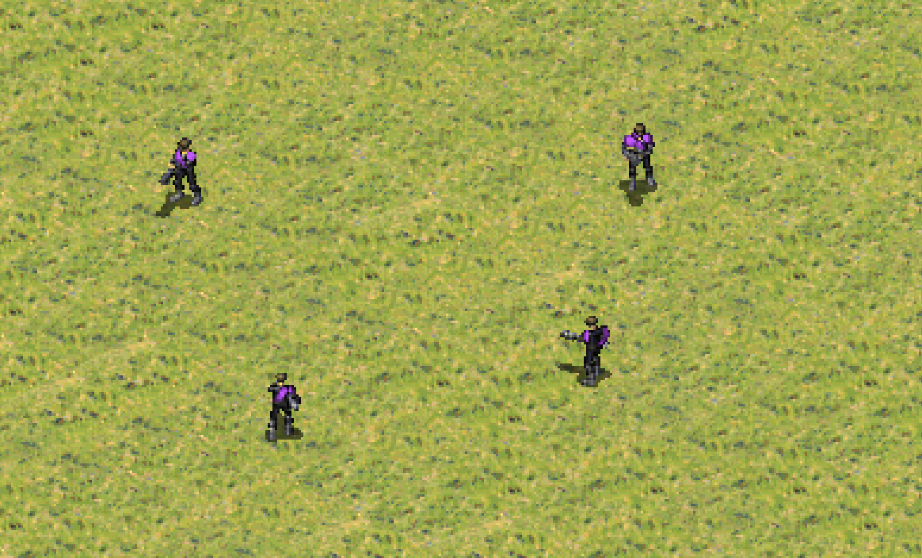 Gatling Troopers have joined the battle field and they love to puncture everything that moves!

Unit art and cameo by MasterHaosis. 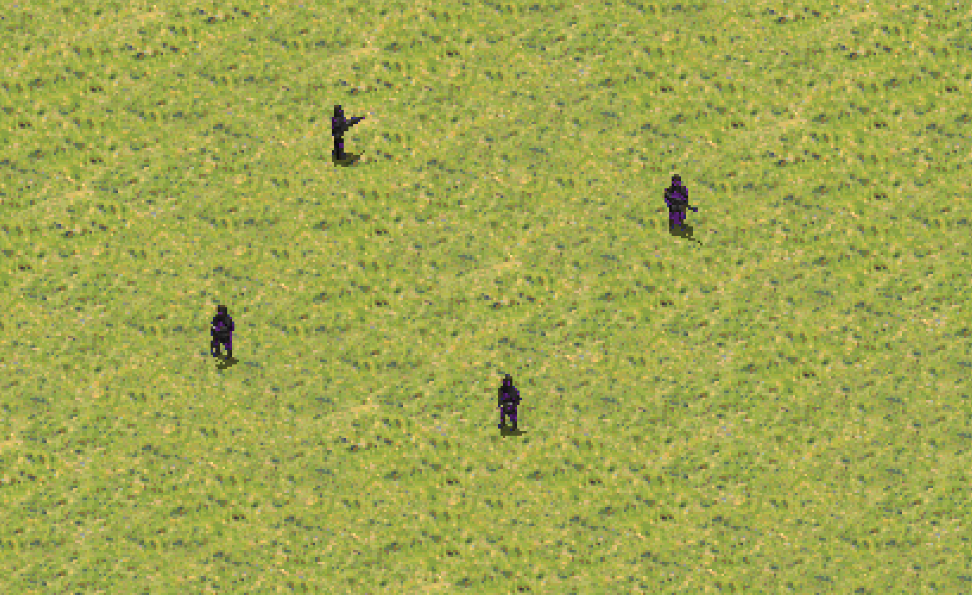 Lazarus Spectre are Yuri's elite forces. They will not leave their master unguarded. 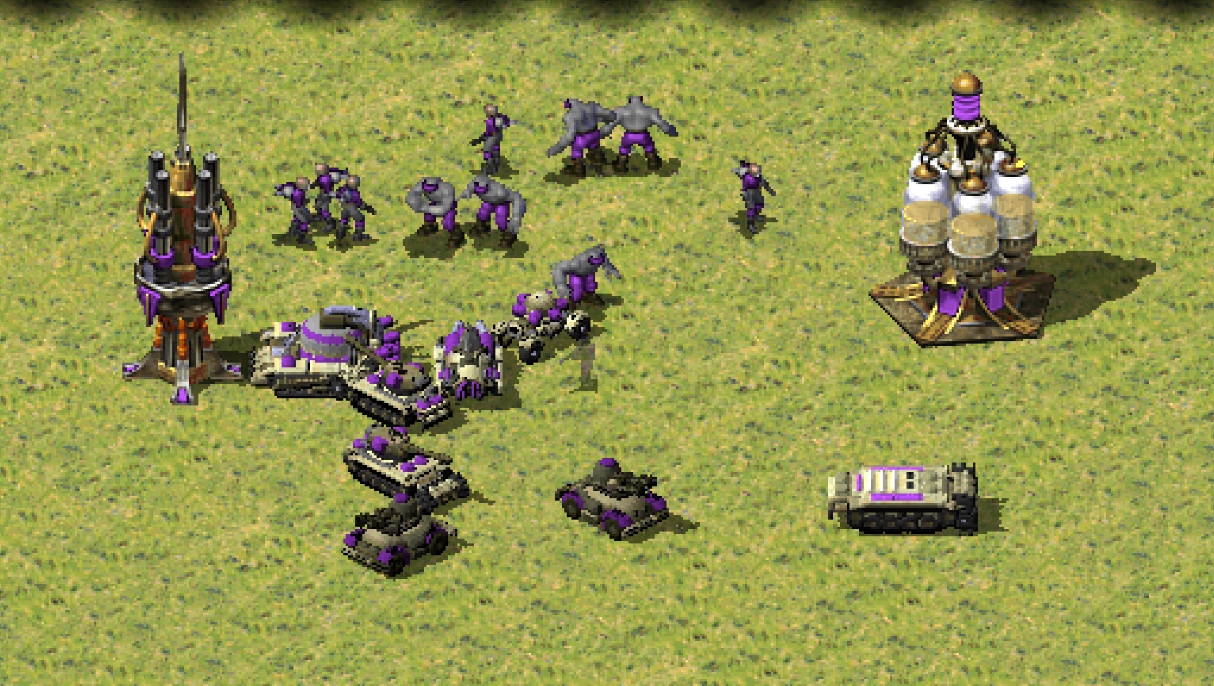 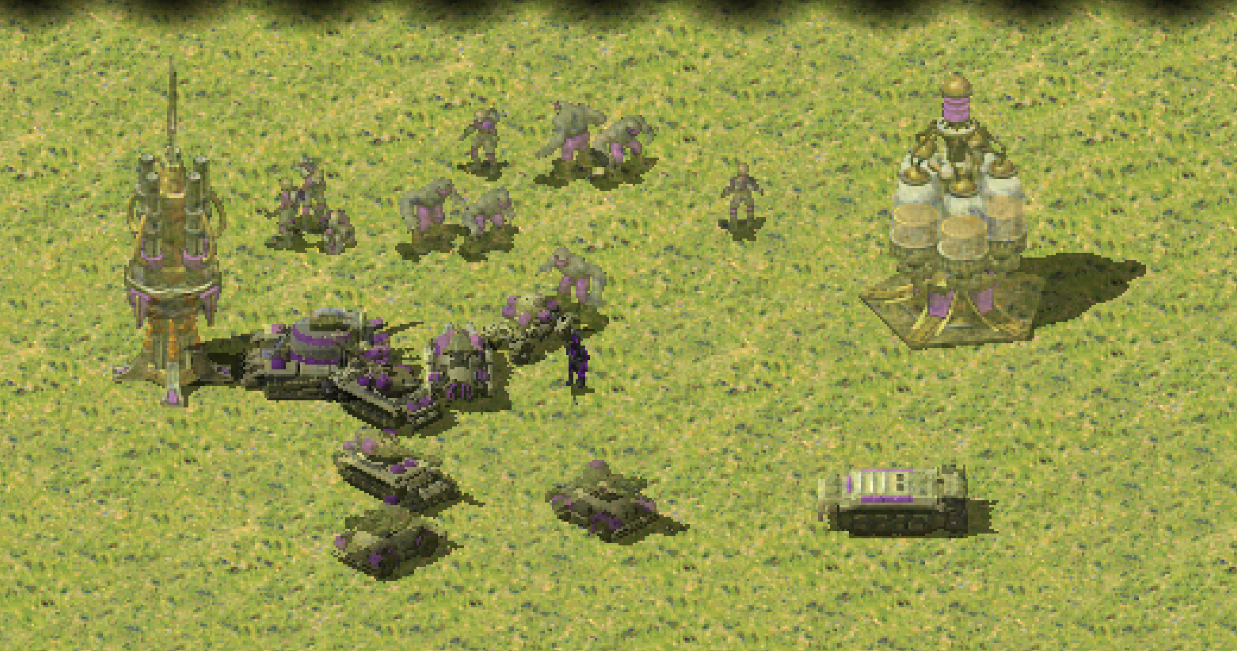 Armed with mobile Lazarus Generators they can either cloak themselfes or their allies around them but the energy is not enough to clak both at the same time.

Lazarus Spectre are using a dual burst of stopping power rounds which will slow enemy units on impact. 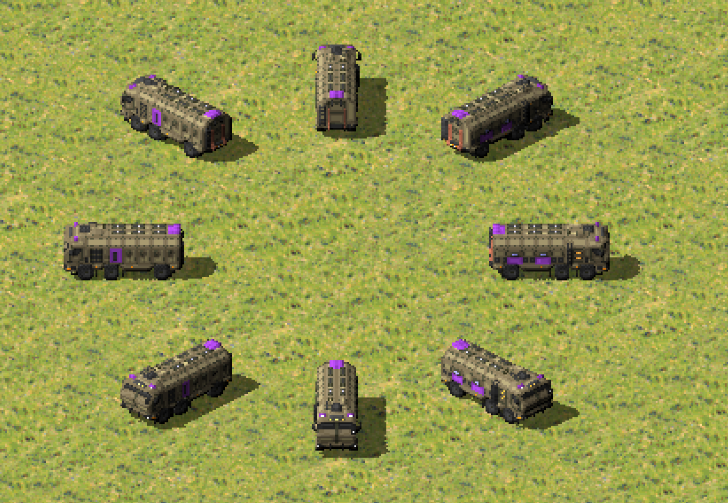 Armored Trucks will safely transport Yuri's troops to the battlefield. They can even crush infantry! 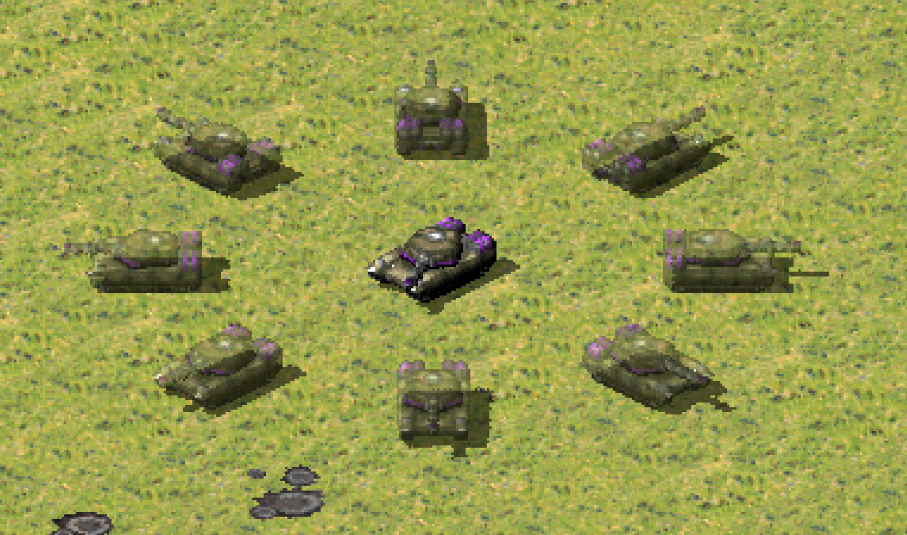 The Lazarus Tank is the newest addition in Yuri's army. It is armed with a Spitefire Laser Cannon and a mobile Lazarus Generator to stay unseen. 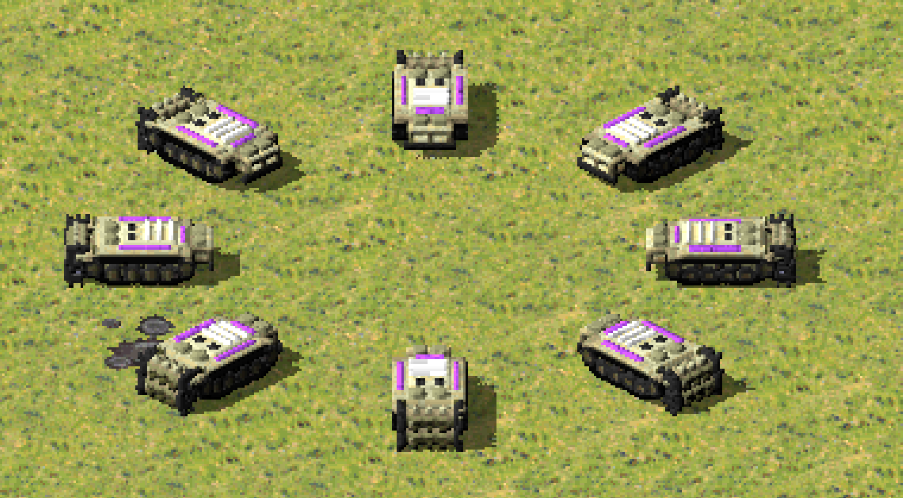 The Grinder Tank is a very fast and heavily armored monster. It will grind everything to dust.

Unit art and cameo by MustaphaTR. 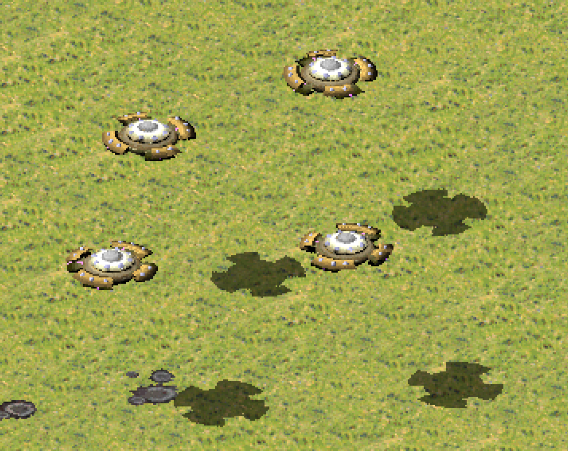 Armed with poisonous missiles, it is deadly to both vehicles and infantry. It can also transport up to 5 soldiers.

New structures for the Master! 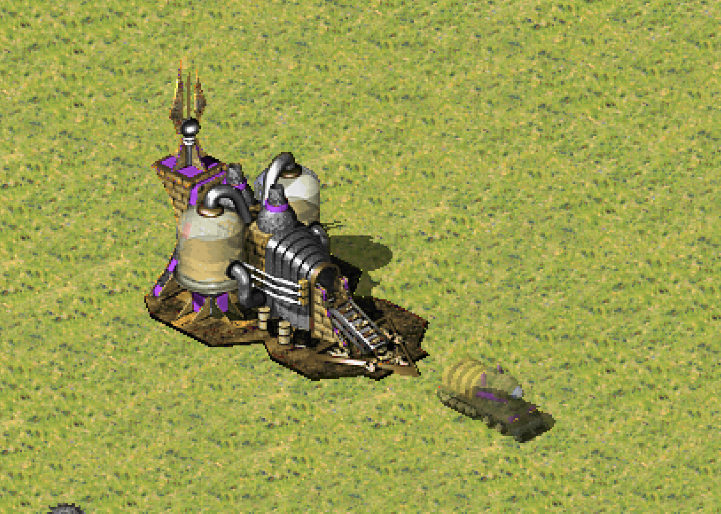 We have added Refineries and stealth Miners for Yuri. We tried to implement proper gameplay with Slave Miners but it was just way too broken (you could either easily kill a Yuri player in the first 3 minutes of the game by denying all the Slaves but once setup Yuri players were literally unstoppable and were able to mine out the entire map).

Refinery art and cameo by MadHQ. 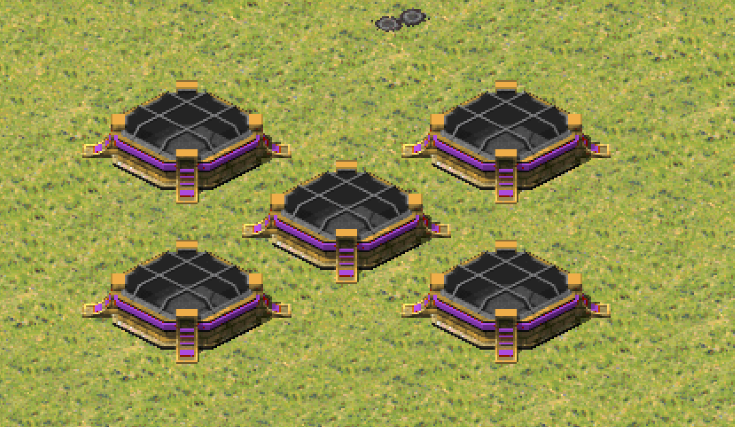 Yuri stores his ore now just like Allies and Soviets!

Art and cameo by Nooze. 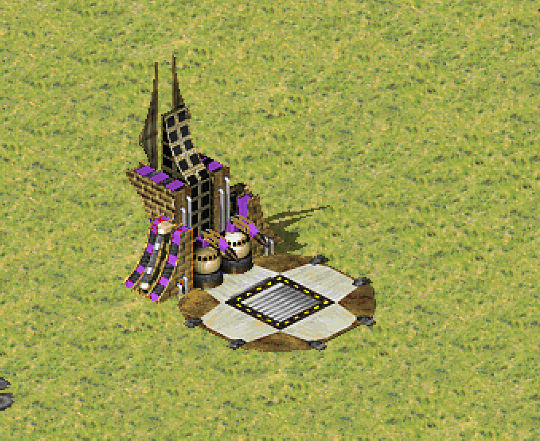 Yuri can now build Service Depots as well to repair his damaged vehicles, unlock MEVs and to properly deal with Terror Drones. Grinders are unlocked via Commander Powers.

Art and cameo by MadHQ. 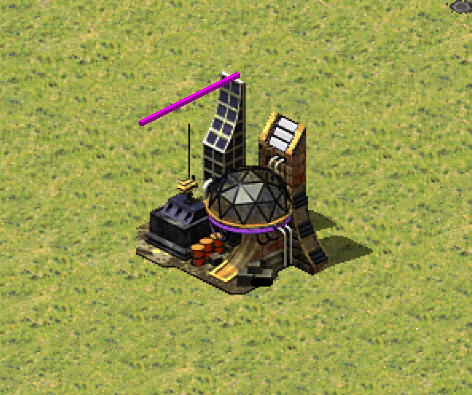 Psi-Corps unlock their T2 with this building rather with the Psychic Sensor. The Psychic Sensor in Romanovs' Vegeance does still show the movement of enemy troops through fog of war in a sizeable area.

Art and cameo by Speeder. 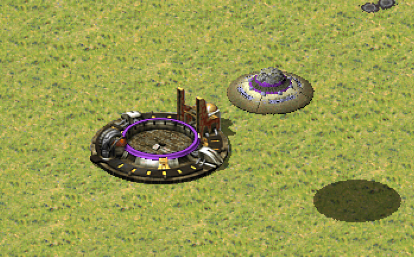 Yuri Disc production has been moved from the War Factory to the Disc Pad.

Yuri's Lazarus Technology allows him to cloak both his army and his bases. 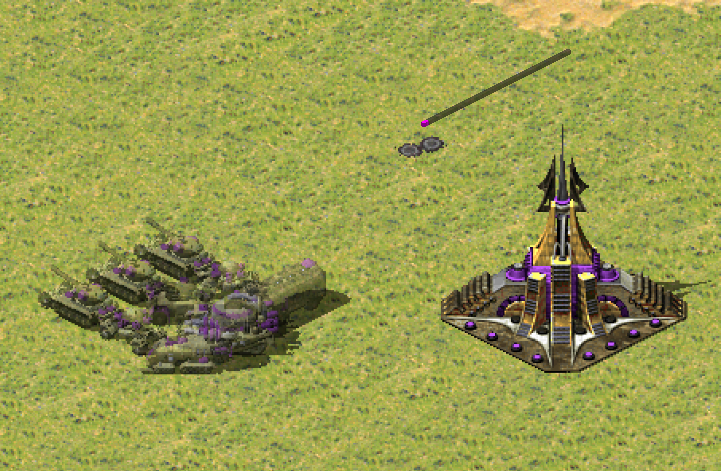 We have removed the Genetic Mutator ability and replaced it with the deployable Lazarus Shield. It cloaks vehicles and instantly kills any type of infantry.

Yuri has a new set of units at his disposal as soon as he is able to infiltrate enemy Battle Labs with mindcontrolled Allied Spies or Soviet Hijackers.

Psi-Commando can be trained after infiltrating an Allied Battle Lab.

Intoxicator can be trained after infiltrating a Soviet Battle Lab.

Chaos Trooper can be trained after infiltrating a Psi-Corps Battle Lab.

Their abilities are hidden. so you must find out yourself what kind of hell they are able to unleash!

Yurigrad - Their main base is situated in Volgograd

Lunar Eclipse - The Moon Base

Lazarus Corps - Their main base is hidden in the Himalayas

Antarctica - Yuri's base from the last allied mission of YR

Fortress Transylvania - Yuri's base from the last soviet mission of YR

Yuri captured and enslaved soviet citizens to do the dirty work. At least he could give them some shoes.

Slaves are produceable from the Slaveminer itself. 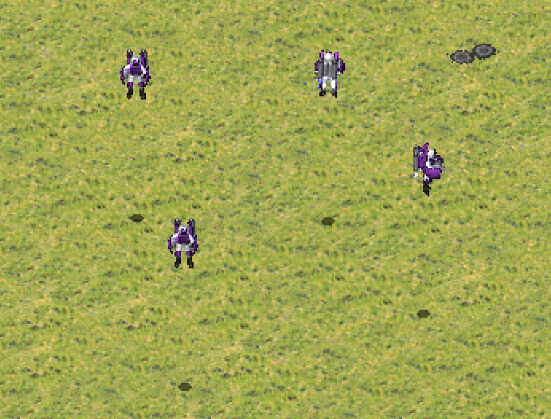 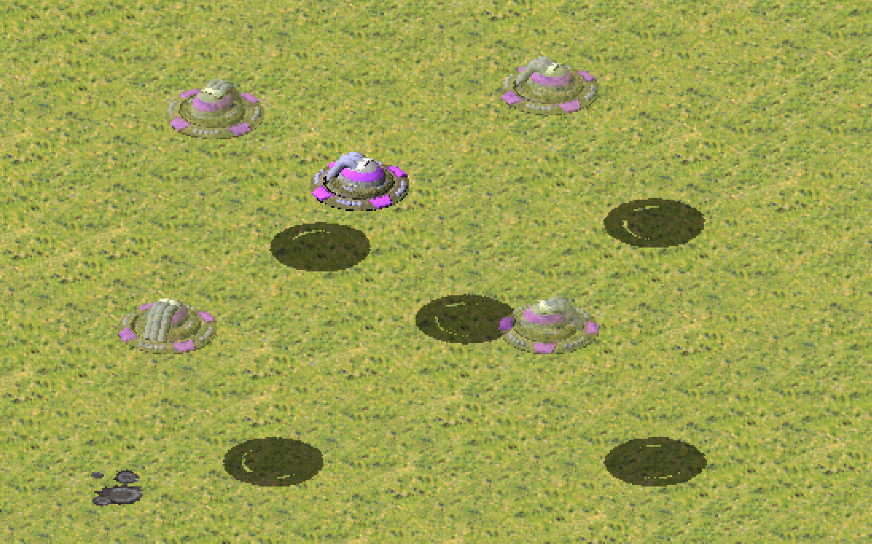 Mosquito Discs suck materials out of enemy units, organic or metalic alike, using them to create Blood Vessels or to repair themselves. 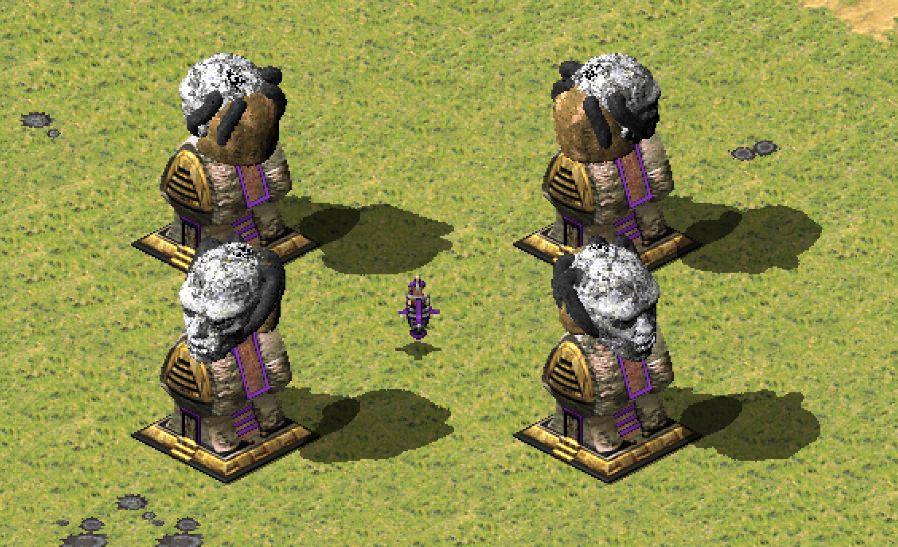 Yuri's monuments of power. Not only a compensation of size but also armed with powerful Twin Laser Cannons. 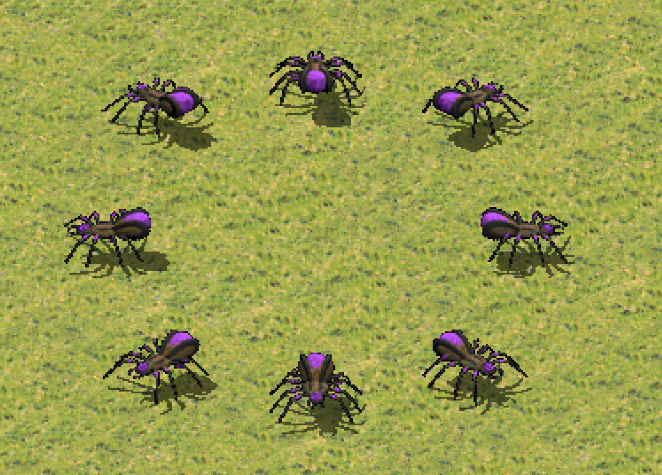 Yuri's favorite pet is not a Dog but a Giant Tarantula. They are born killers armed with poisonous fangs and the ability to entabgle infantry in their web.

Each subfaction is not only packing a new unit but also a new ability unlocked via Radar Tech.

Lethocerus Swarm - The ability of Fortress Transylvania able to deploy 3 Lethocerus Platforms wherever onto the battlefield.

Point Defense Drones - The ability of Antarctica shielding their vehicles to increase their defensive capabilities.

Holographic Army - he ability of Lazarus Corps able to create hologramms to trick their foes.

In Romanov’s Vengeance you are able to gain experience by destroying enemy assets. You will earn Commander's Points after gaining enough experience which you can use to unlock Commander's Powers. 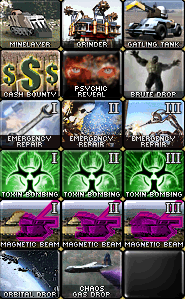 Psi-Corps Commander's Powers allow you to unlock every asset necessary to win a war for Yuri! Go ahead and enable the Grinder to increase your credits with literal man power, let your Brutes fly, setup some bounties on enemy heads, prepare a Toxin Bombing Run, freeze your opponents movement with the Magnetic Beam, bring chaos into enemy lines with a Chaos Gas Drop or mover heaven and earth to unleash a Meteor Strike right into your foes!

Yuri will not stop until every single mind shares his own!

A new installer for Romanov's Vengeance is now available and we have merged RV's Discord into the Shattered Paradise Discord!

This article shows the whole arsenal of the Soviet Forces in Romanov's Vengeance.

This article shows the whole arsenal of the Allied Forces in Romanov's Vengeance.

Q:What's the Allies and Soviet Sub-Factions?.

I thought the Japan was confirm as sub-faction?

Welp i guess imagine was korea would be like this:
Media.moddb.com

And Soviets Vietnam Faction would be like this:
Moddb.com

My guess have to wait the new sub-factions arrive...

I installed the appimage on linux, it says that for the advenced intsall it “requires disc“

Yes, we cannot provide the original game's files like OpenRA itself or other OpenRA mods, because Red Alert 2 is not freeware, you need to either get original discs and let the content manager install the content or get the required files yourself and install them manually.
See Github.com

I don't have a folder OpenRA

Somehow I managed to figure out which files and where to throw. I'll write how it was with me, maybe someone can help. Files: langmd.mix
language.mix
ra2.mix
ra2md.mix
theme.mix
thememd.mix
All of them are in the files of the original Red Alert 2+ expansion.
We follow the path:
\ Users \ <Username> \ My Documents \ OpenRA \ Content
there we create in the manual folder `ra2` (without quotation marks) and paste all the copied files there.
Hope this helps someone

I apologize for the mistakes, if there are any, I hope everything is clear

Gatling turrets need to have some adjustment, they are slightly forward of their actual connector base.

Will there be Yuri's faction?