- Much of the interior (and exterior in some cases) were made based on the actual cars on which the game was based, for example the interior of the Club, was made based on Vw golf and Vw Polo. This gave me a lot of work as I had to look for car items such as door panel, dashboard, and even seat fabric, on google, manipulate them in the image editor, often taking over 40 minutes of work for each texture by car. The work consisted of also testing the editions in the game, because the vehicles were not originally well mapped, I had to stay testing every edition that made in the texture to see if it was good.

Wheels and hubcaps were made based on the original wheels and hubcaps. Some cars in the game use wheel models that do not allow you to enter a suitable texture, for example the tahoma, which features a polygonal wheel model that looks nothing like what should Monte Carlo Sport Coupe. So I'm going to use third-party DFFs (3d cars) with wheels that allow you to display the correct wheels.

The vast majority of the txd files for interior of the vehicles are 512x512, for a good definition, without loss of performance. As soon as the mod is finished, I'll make a special edition of the mod with the same textures in 128x128 (original size), for low end computers, and consoles.

My mod requires a vehicles.txd that matches its textures, I have already developed it, and it will be attached to the mod. I will include vehicle.txd variants that have more textures than the default due to other mods, for it to easily work with third-party mods.

In the future, maybe I can develop a mod like this for gta III and vice city!

My mod was based on this mod: Moddb.com

By the way, what motivated me to make this mod, was the above mod, I did not like the cars with a gray, poor, and generic interior, but I liked some textures (like the advertisements in the vans). I took some textures (which had an absurd size of 2048p) for my mod (resized to 512 or 256)

Mod completed! I finished the edition of the last texture (camper remap), were a total of 247 TXDs, having in average 3 textures each, totaling 741 carefully edited images! No vehicle has the same interior as another, each vehicle is unique, with unique textures!

All textures have been modified to look as much as possible with real-life vehicles.

Very soon, I'll be making the mod download available, so I check all files and re-test all cars with the major mods. 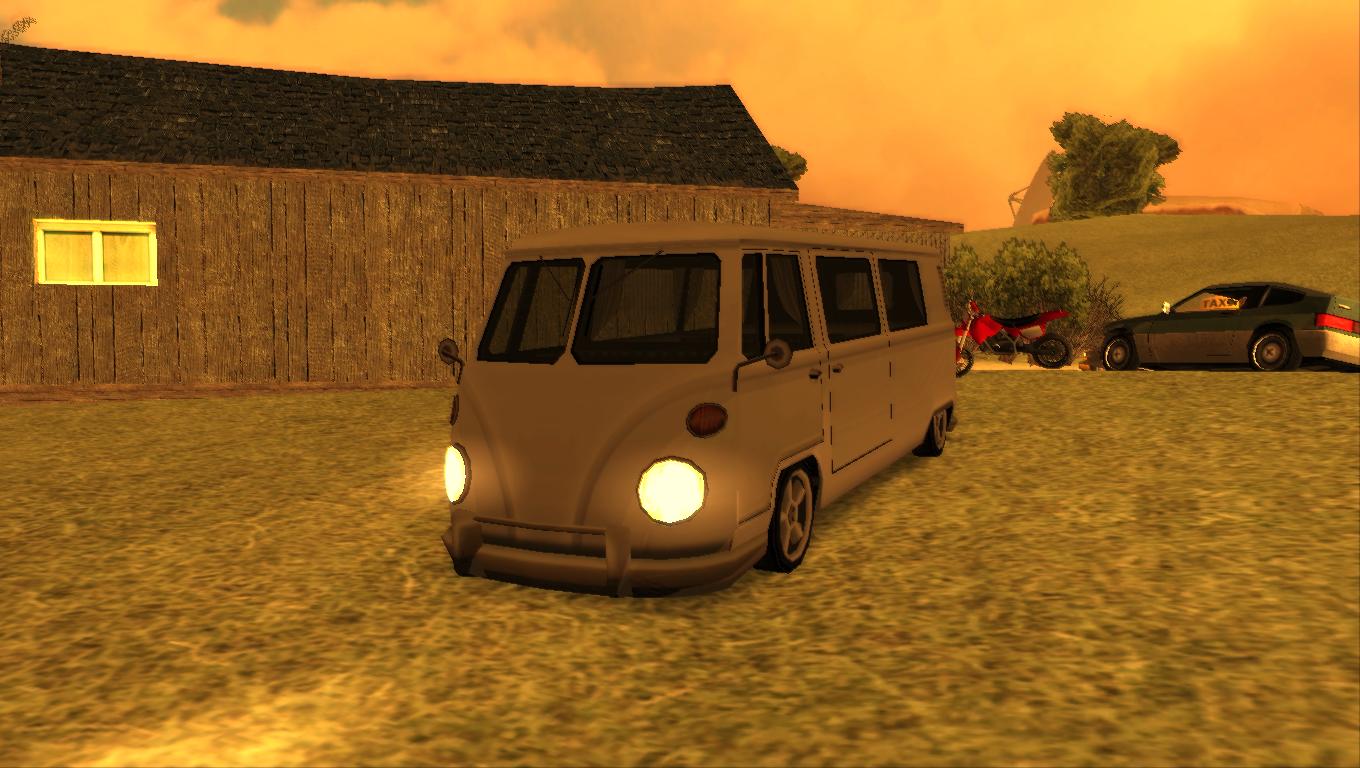 The mod is getting ready! 90% of vehicles are ready

This version is the same as another, but with small textures (the original size of the game).

Please download and test it, if you find bugs, be sure to report!

HEY Rikintosh whats up i noticed i couldnt reach you, happy new year !!
How are you? New car allready i hope xD

It would be absolutly amazing to have those vehicle interiors mixed with the Improved Vehicle Features (imvehft) mod.