A new original story that will be a stand alone as well as cover many lose ends in the Kotor saga which once you finish the RoR Mod you will feel as if you have played the third act in the Kotor trilogy.

The Mod is compatible with Cannon as of the last TOR update....

The ability to choose the gender and alignment (ending) for Revan and the Exile. You will be able to continue your kotor experience in what ever way you want, wither you had a female Revan and a dark side male Jedi Exile or the cannon genders. You will have this freedom. These choices will affect certain aspects of the game, for example.....

Even your PC's gender will determine which of the two Lost Jedi joins your party.

There is a new Lightsaber Creation system as well as the old looting/inventory system will be tweaked and allow more crafting. Also within the Lightsaber Creation System is a Progressive lightsaber/hilt system which will allow you to follow certain progression trees as you advance in levels and hilt design. This system will be user friendly and allow the player to switch from one progression tree to another with out a penalty.

A New Trust System which will be connected to the existing Influence system for kotor2. You will have moments to gain and lose Trust with party members. If you gain enough Trust then you will be able to Influence their alignment as seen in kotor2.

Dialogues will not be simple black and white in the area of receiving Dark Side and Light Side points. With the newly added motive feature the player can actually do something that is considered nice to manipulate a NPC and gain Dark Side points. The player will have a ( ) similar to when a player can show they are going to lie but in RoR you will have options in the ( ) for example: Diplomatic, Aggressive, Empower them/encourage, Manipulate/control. These will lead to dialogue that match your motive during the conversation.

With these new features and RoR's new NPCs, modeled and skinned by Redrob41, which not only include Party members but even mid to high level NPCs.

We will be tweaking the kotor2 skills (Awareness/Computer Use/ Repair/ Security..) so we can bring them into the game in a more interactive way which can allow for more diverse experiences while playing Revenge of Revan. The goal is to have events and scenes play out slightly different based on you Skill Point investment for certain events during the player's adventure.

For those who wished for a sequel to kotor2...its coming.

Also you can find information at Lucas Forums:
Lucasforums.com
Other Links to info:
Deadlystream.com

Below are some images of the inside of the Raptor.

These are not the final setup... there will be tweaks but you can see how we are trying to make the Raptor look like someone lives there. 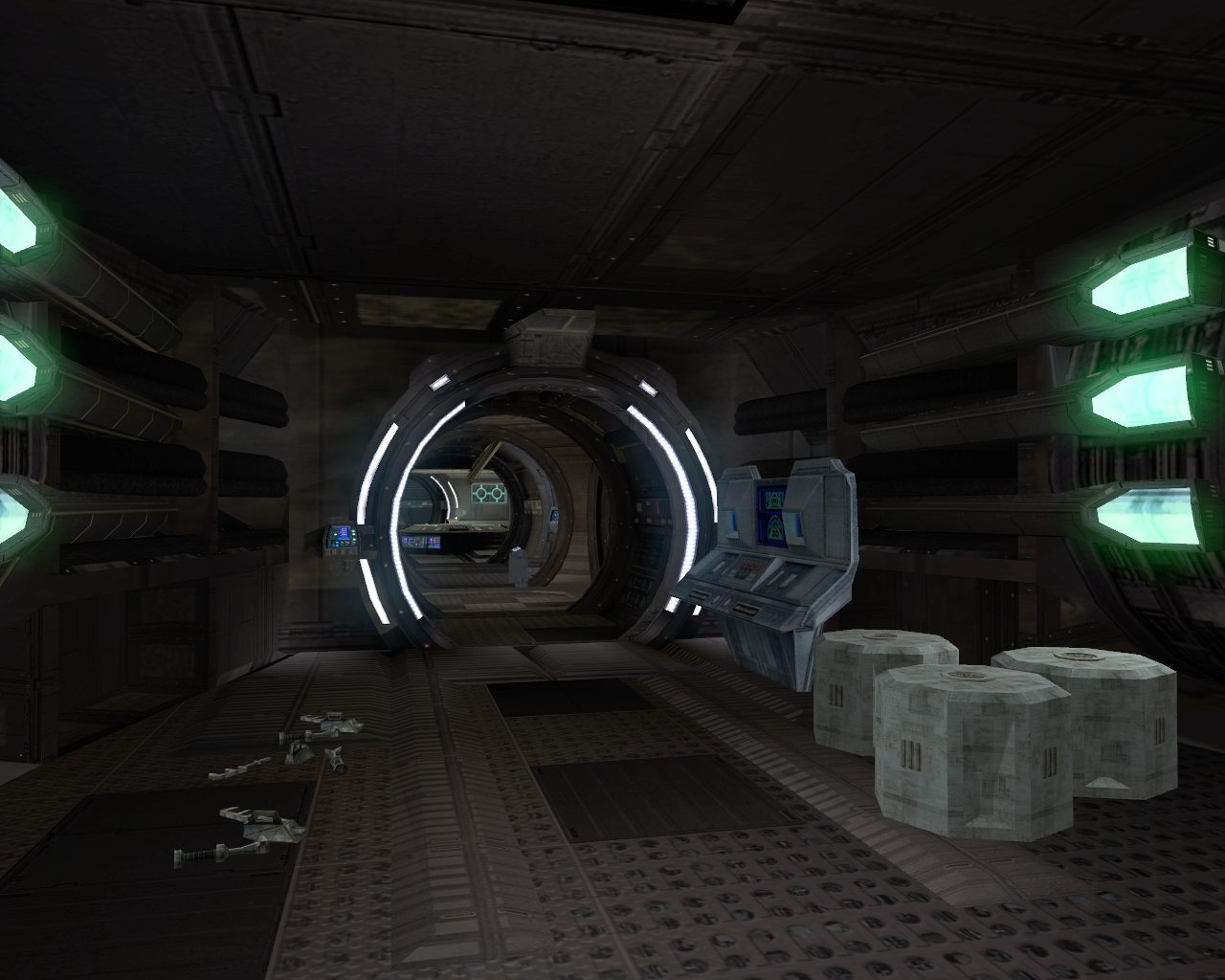 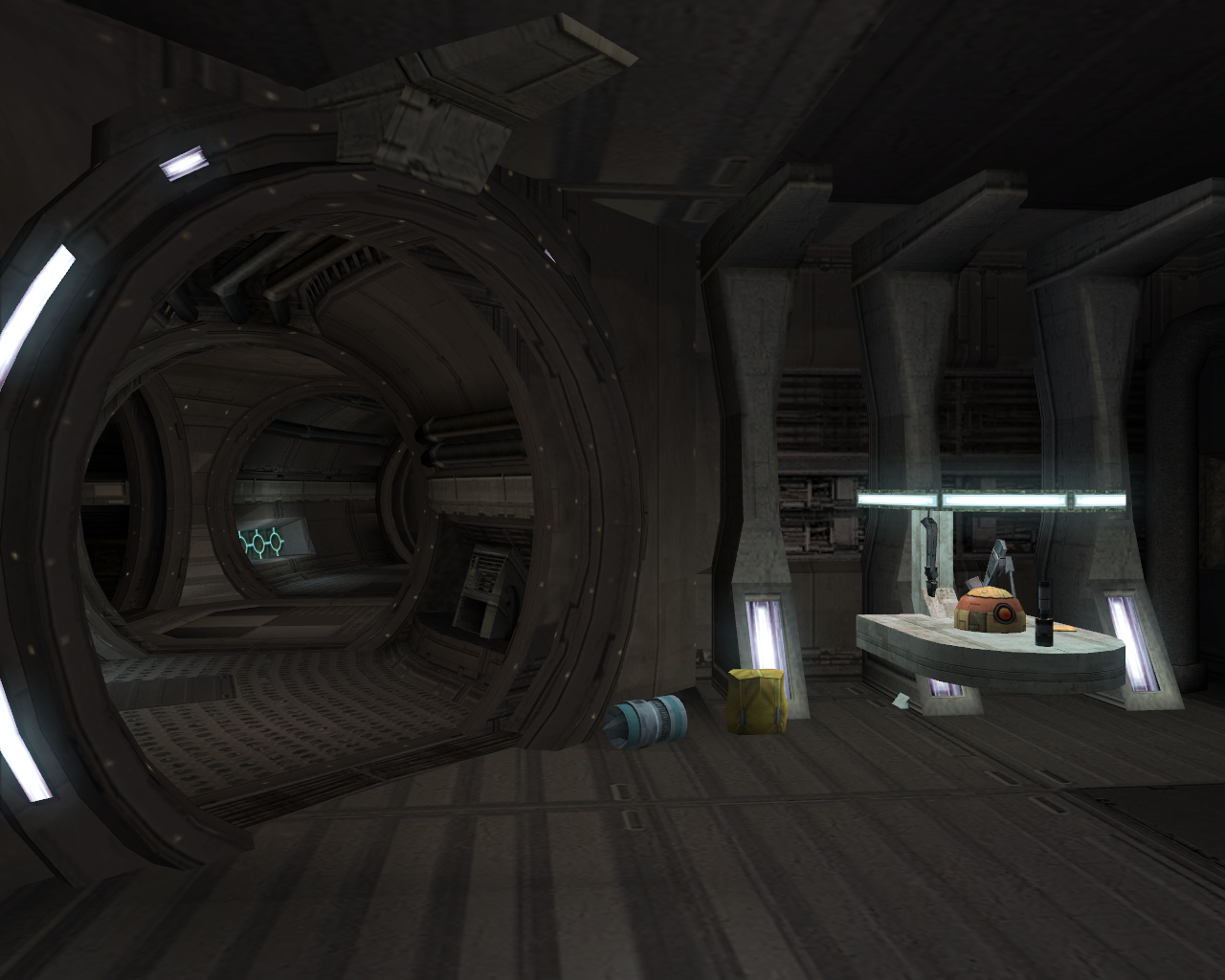 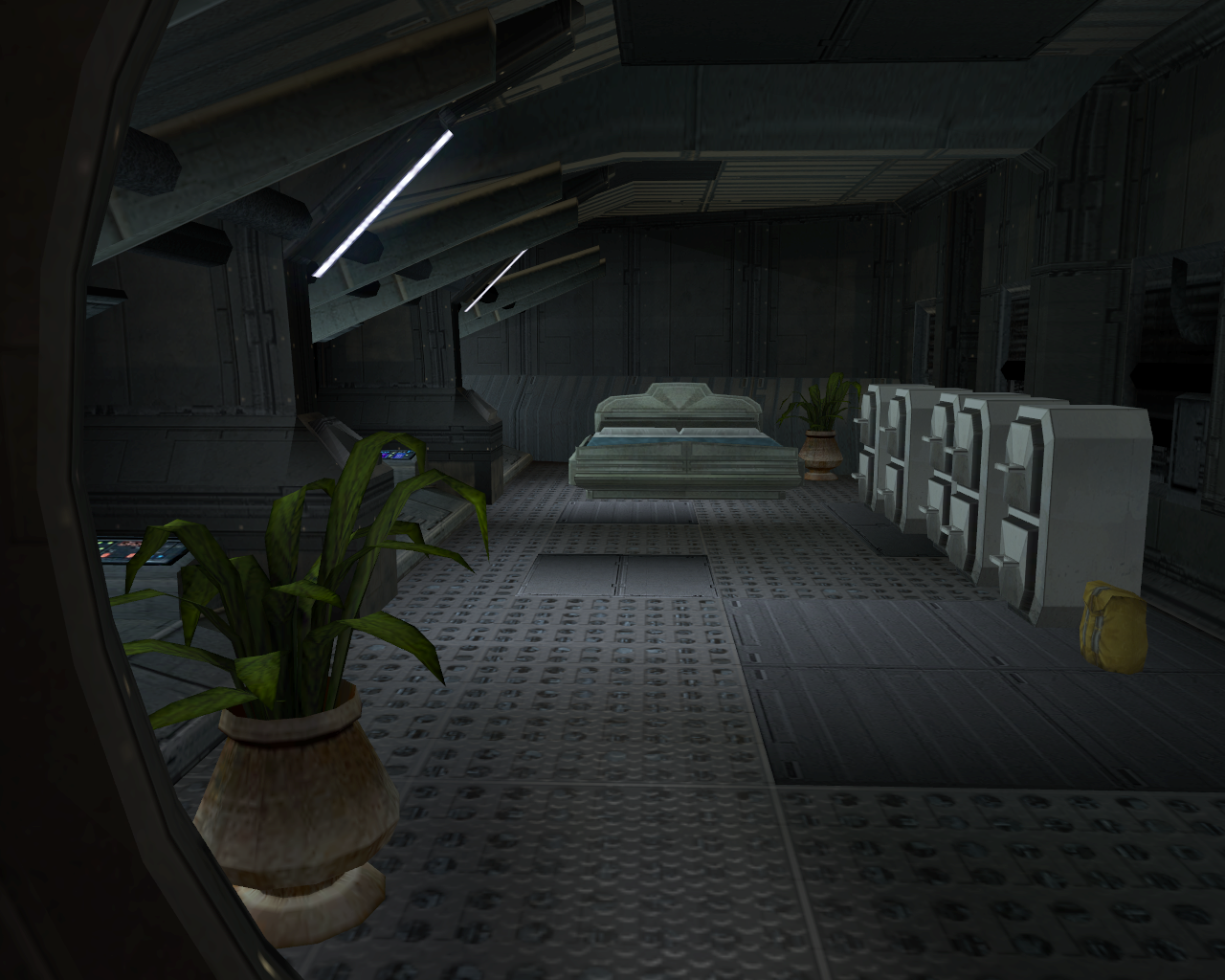 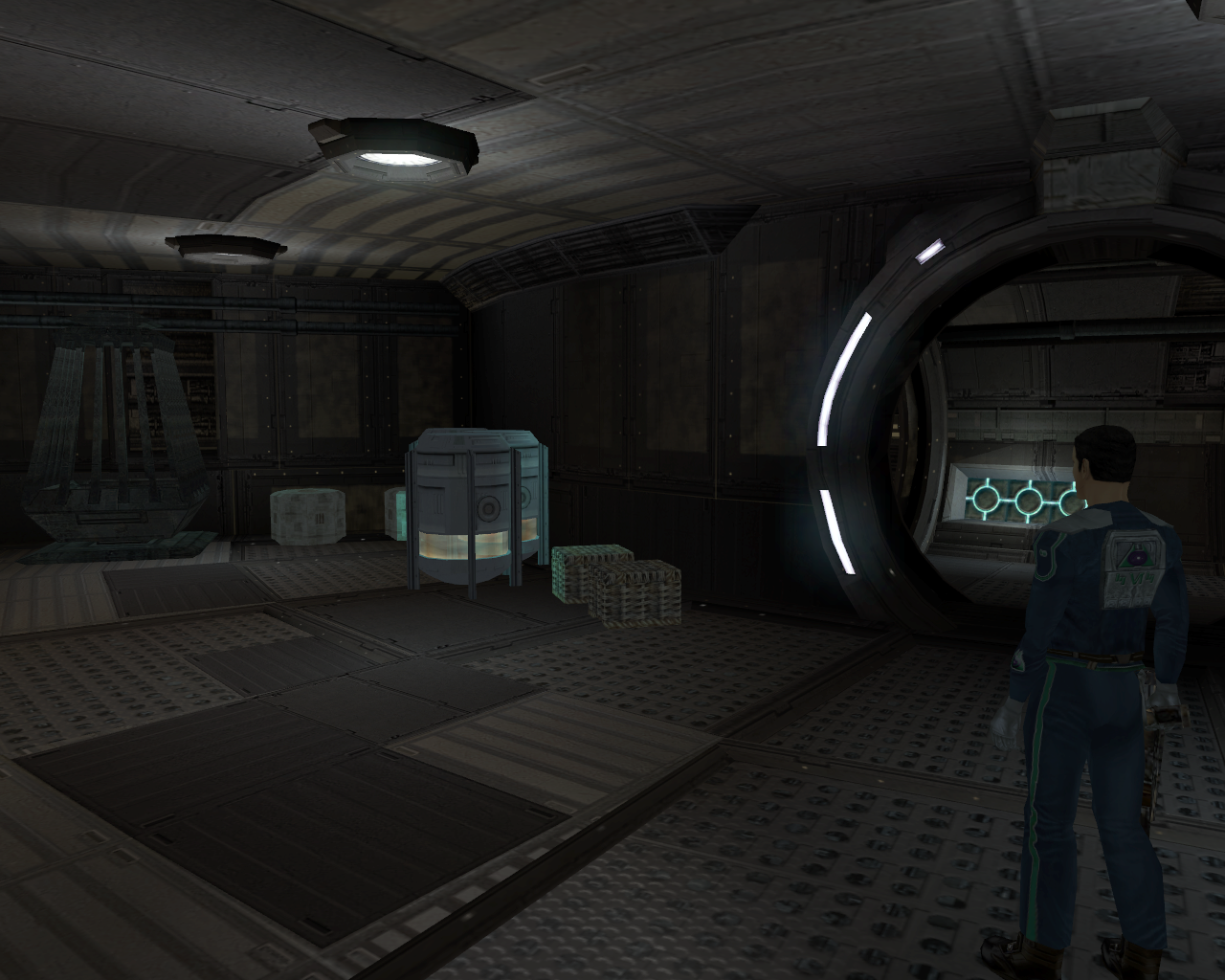 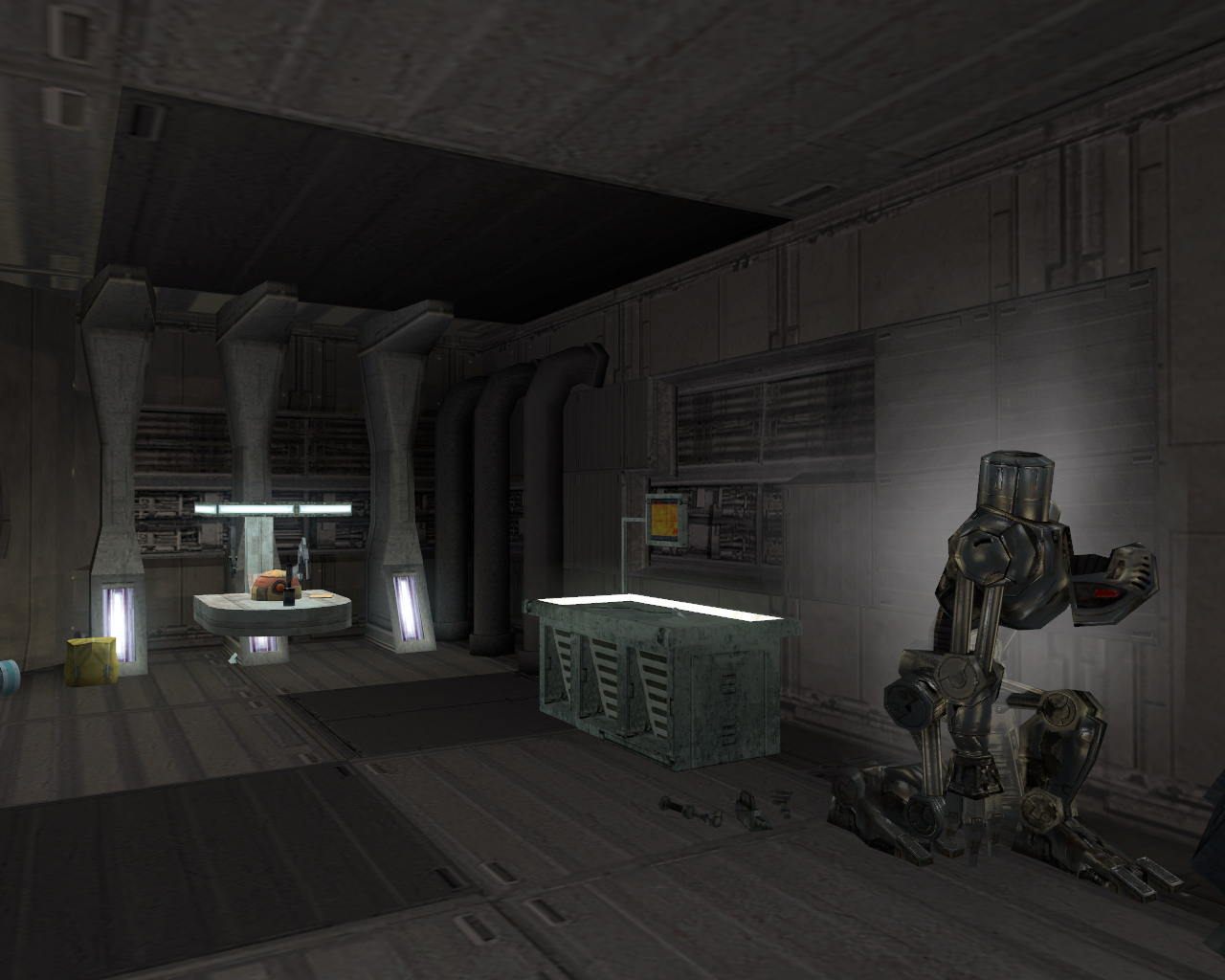 I feel like I was frozen on Hoth the past several weeks. Good news - I have a place to live at now - so i won't be living under my work desk. So I'm back...

RoR update New Trust system, images more The introduction of the new trusts system and how it will impact the game/mod Images from 3dsmax of the changes...

The Lightsaber Creations system/Progressive system is a new feature that will change the way the player creates a lightsaber. After building the new saber...

Fix Patch 1.0 for Revenge of Revan Demo (Beta) Version 1.0 Changes - Fixed bug where there is sometimes a break in dlg when you are controlling Uldir...

i have this game demo, but yea it's unfinished, i was just checking to see if any updates have been made, i assume the creator left the project? sucks , there are a ton of mods that change games like kotor 2, kotor 1, jedi knight outcast , jedi academy, battlefront 2, and they get left , one game that has been very active with online mode is swg emulators, like Bloodfin EMU is probably the most complete version combining the best of pre cu combat with all the loot,items,buildings planets from the later years in the nge even stuff that wasn't released yet was put in, and if you want a swg NGE server goto swg legneds, and if you want a straight pre cu server with a very long jedi grind "barely any jedi i think" last time i checked, goto swgemu.net i think, i am playing around with batlefront 2 2017 mods and fallen order, they really shouldn't of shut down development for bf2 2017,it was made into a new game 2019, pretty much making it bf3 if they had added squadrans, as a dlc like i heard was suppose to happen, but we can thank the battlefield franchise that nobody wants anymore for taking all the small workforce of star wars game devs and putting them on modern day and ww2 war games... it's really idiodic,
i had to spit all that out lol, i wanted to see this mod more complete and it reminded me of all the dumb stuff EA is doing. i wonder who is making the calls really on what games can be made, EA or Disney?

Damn! I hate it when mods with so much promise die like this...

His back in work last month.

I guess he never actually released those files?

Just joking...it is funny to see it dead. And very sad.

Bad news unfortunately, the mod is officially dead! Logan annoumced it on Deadlystream: deadlystream.com/topic/6931-update-from-logan23/
Fortunately, he intemds to release all the files containing what he worked on so far, so at least we can enjoy what part of the mod has been completed, and maybe someone will even pick up and continue his work and complete the mod one day!

honestly this is a great mod but i hate to say it's dead i don't think that he's looking at the posts and if he is make i public i'm sorry if i'm coming of rude but see to this devolving into something greater many people as myself feel the same way and want this to grow kotor 3. Kotor 3 is never coming let this be it

Can anyone please confirm that Logan is ok? I'm really worried, since he said he was dealing with some health problems, and all records from Moddb, Deadlystream and the Facebook RoR group seem to indicate that he never logged on or had any activity since around August 2017!
I really wish him all the best and hope he is doing well!

I honestly don't know what's up, but I'm pretty sure he's been active on his personal facebook. You can find that and check up on him