1908, Tunguska explosion happened deep inside the main land of Russia, which was an incredible massive explosion. 1936-1953, Tesla Technology, iron-curtain technology, chrono-transfer technology and so on, which definitely shocked the whole world, were presented among the public, with the launch of "Red Alert". 1972-1977,Upon Yuri brought to justice, the entire world was enjoying their temporary peace. American and English people tried to learn and research Yuri's technology behind shadow. They achieved many politic or military purposes. Meanwhile, the soviet's crystism research was also transferred into underground. And Yuri , he is still alive inside psychic isolation jam ... A Yuri's Revenge expansion, new missions, new items, new modes. Based on custom expanded game engine(based on Ares, but modified a lot) 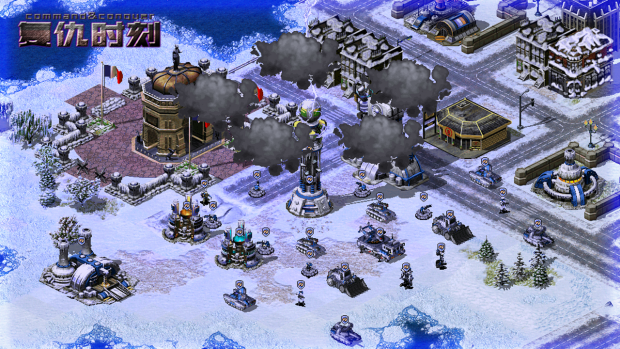