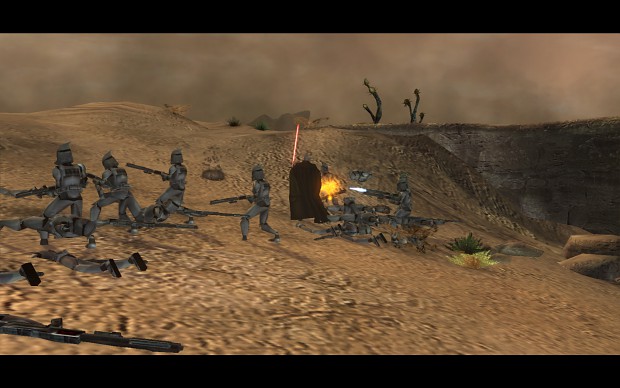 They are not ignoring him! They are doing a tactical retreat!

my dooku's rein last days but his death years

Lol that one clone shot dooku in the balls then ran away.