Hey guys. It's been a little over a month since you've last seen an update from us, so let's share some progress, shall we?

This is today's main item. We've recently been hard at work getting things done, play testing alpha versions of Renegade X and recording footage. We've prepared an amazing trailer for you all, which features all of our latest content ingame. Watch vehicle and infantry battles on various maps, NOW!:


Be sure to leave comments!

Zixxer, who is our newest mapper here on Renegade X, has completed remaking the C&C Renegade map "Islands", and my God does it look gorgeous! With our very own palm trees and map assets as well. Don't take my word for it, check it out yourself: 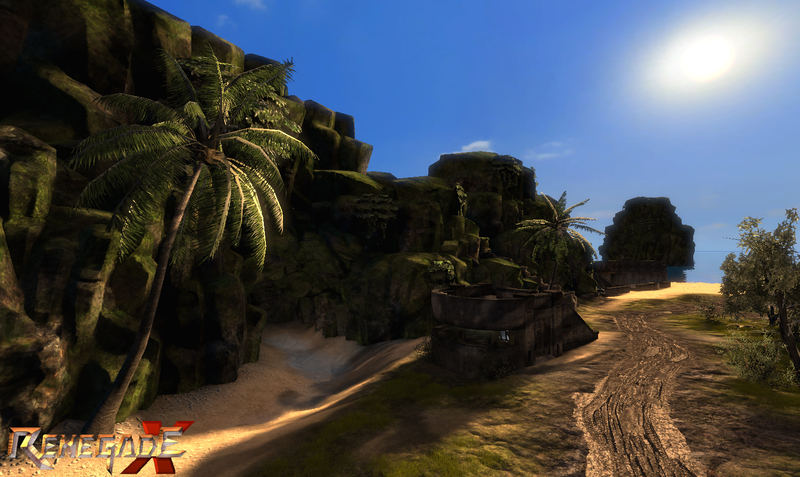 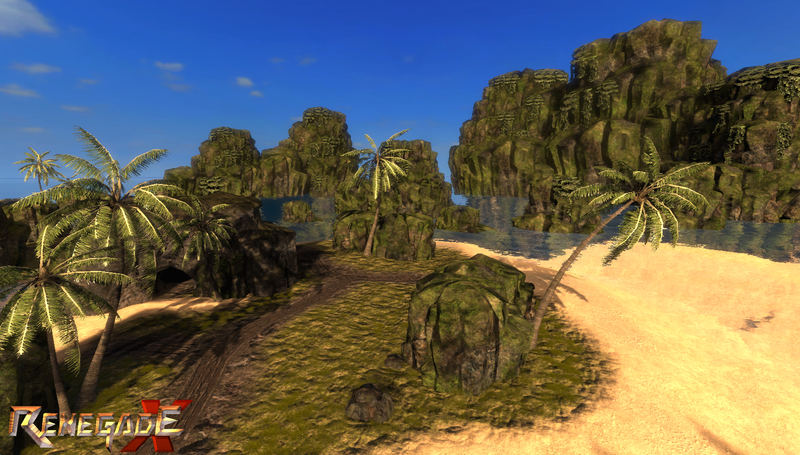 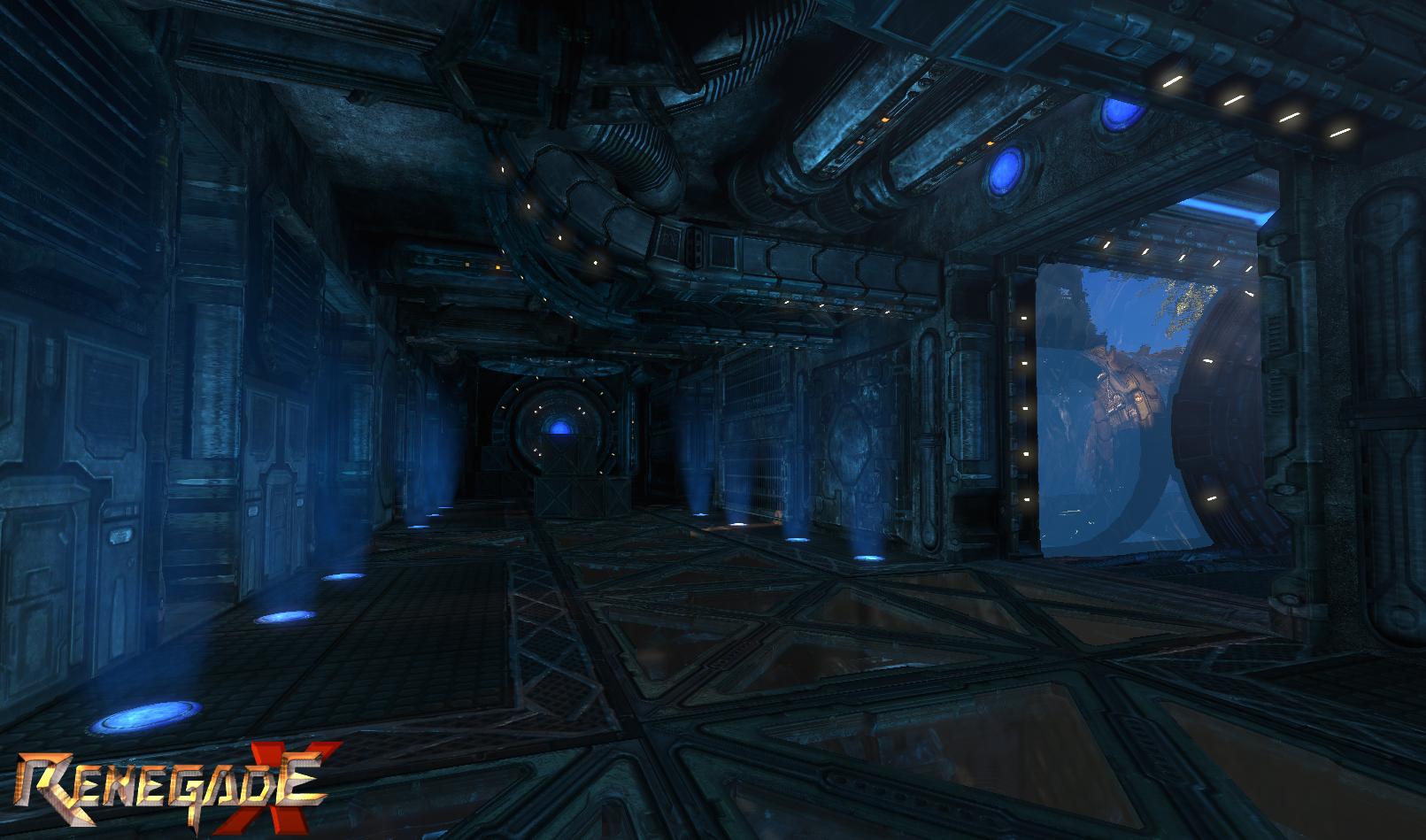 Our very own Rafael has cooked up an excellent Engineer for the mod. The GDI and Nod Engineers are ready for combat, and we've even got an urban camo for the Nod Engineer for those who want an old-school C&C look on your Nod infantry. 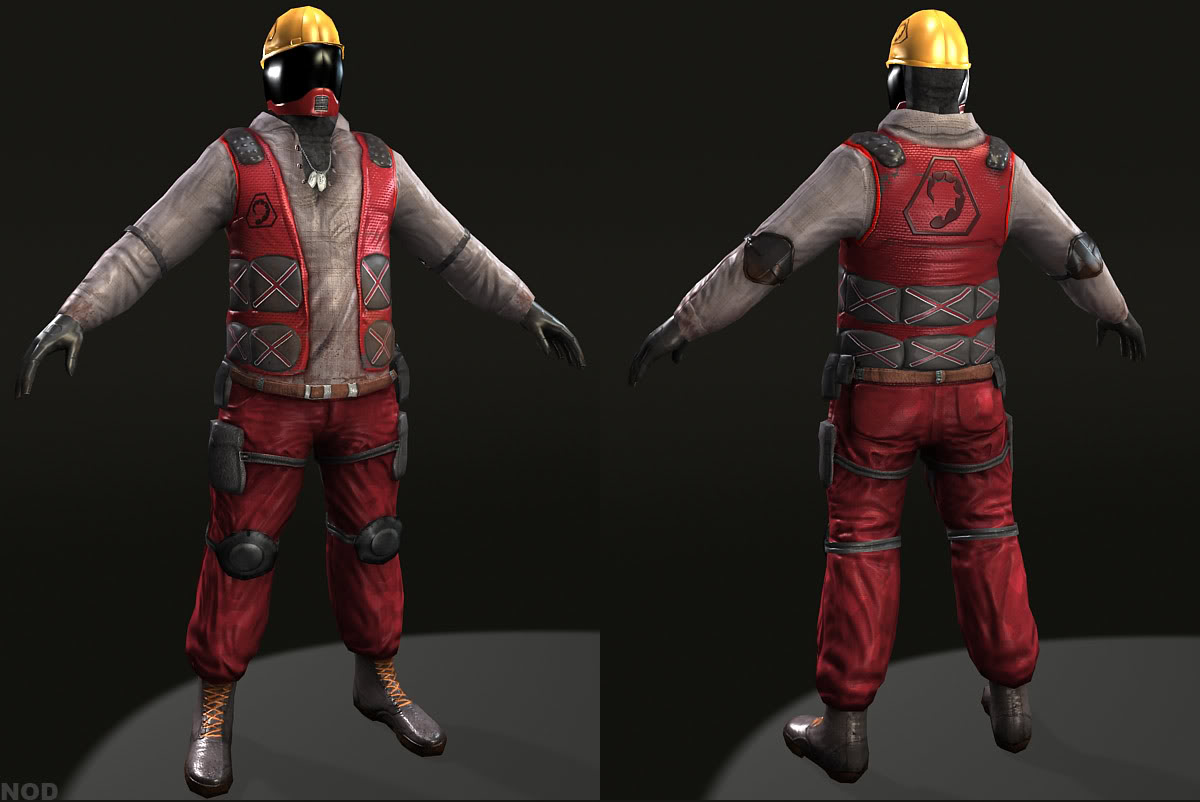 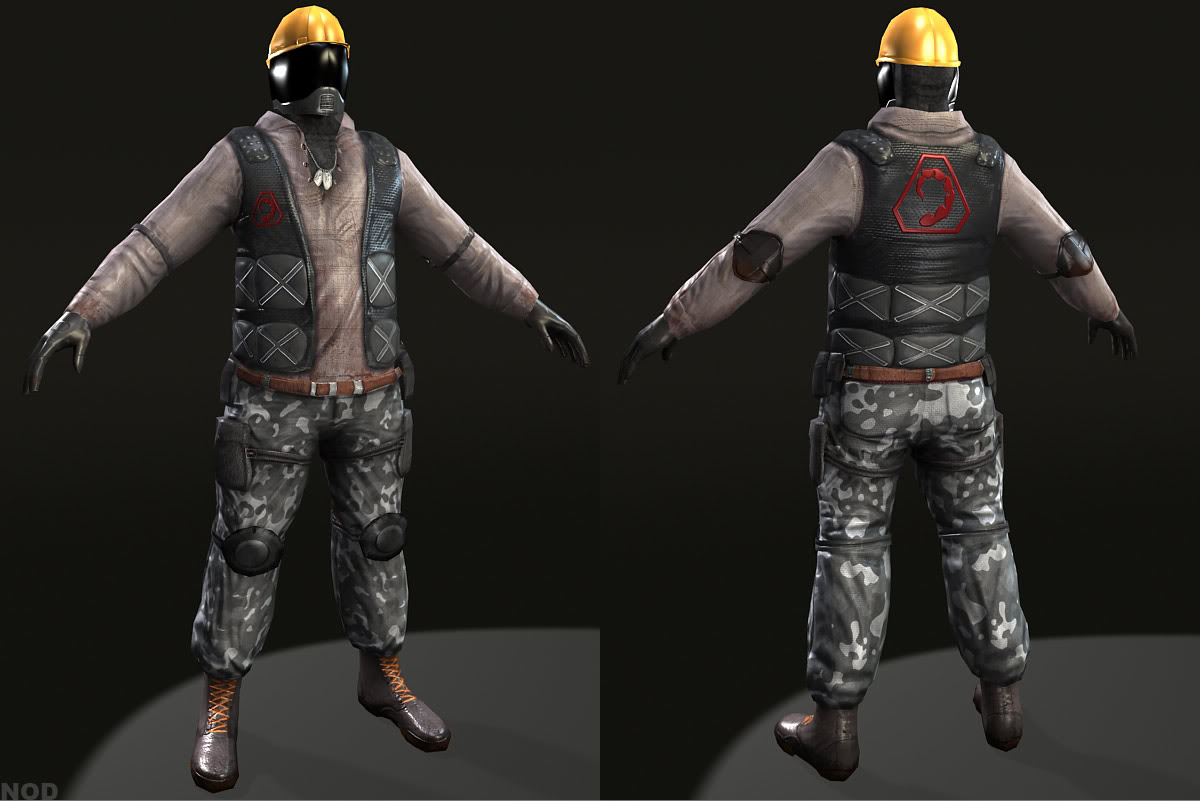 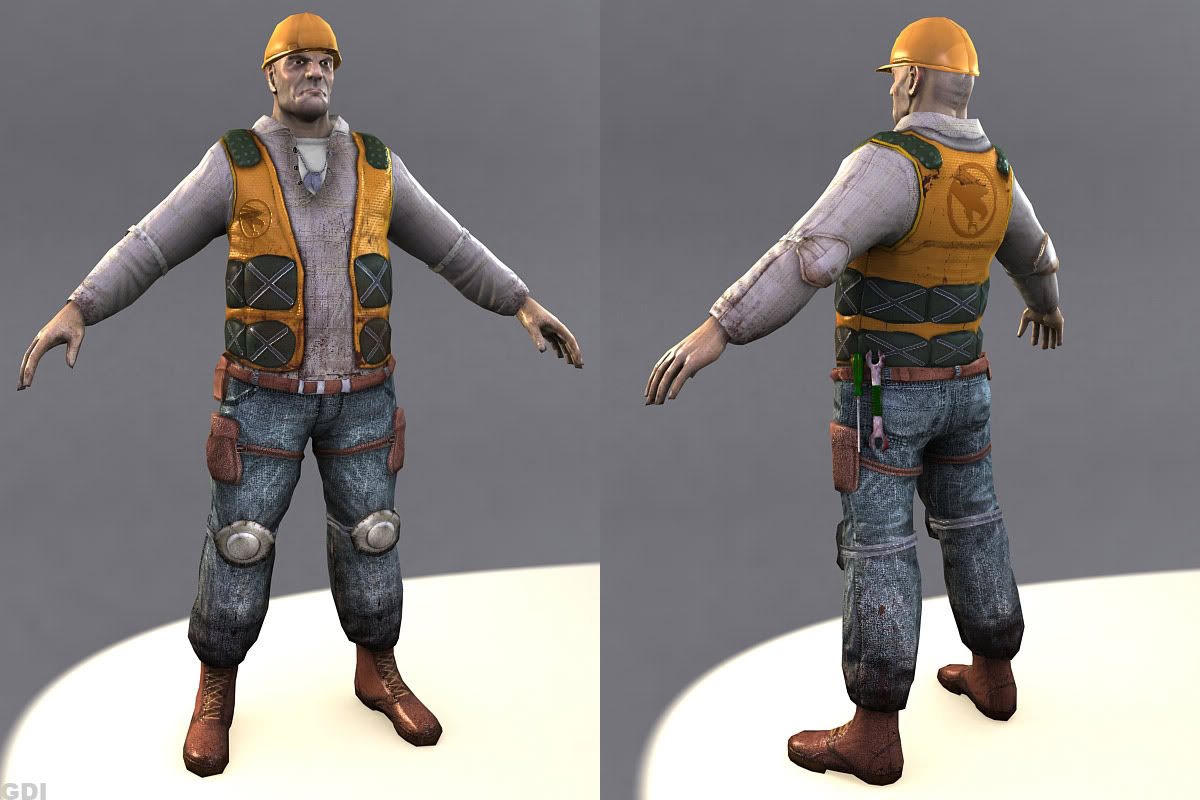 We've got a nice wallpaper of the two Engineers standing side by side: 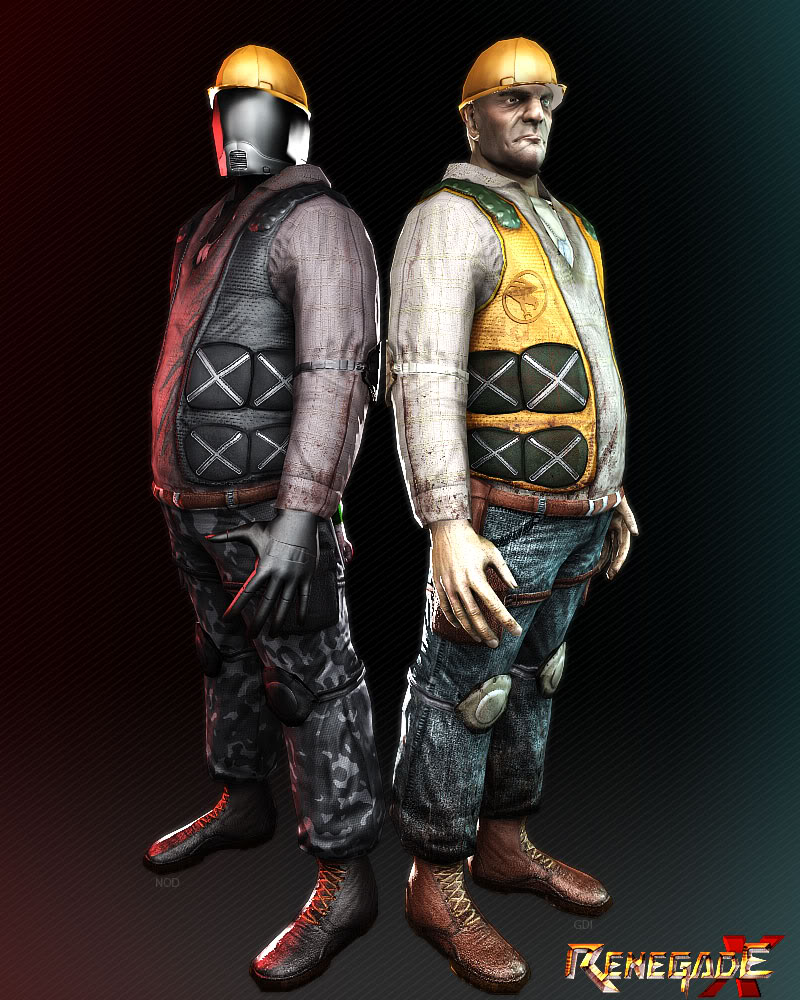 Some people like power. Others like great power. But the GDI Mammoth Tank is beyond all power - being the toughest vehicle in the mod, costing a whopping 1500 credits, this baby's got dual cannons, a missile pod on each side, and a load of armour. Watch out though, it is slow and will therefore need backup when moving it into the battlefield. With that said, all GDI ground vehicles are now finished. Made from scratch by JeepRubi! 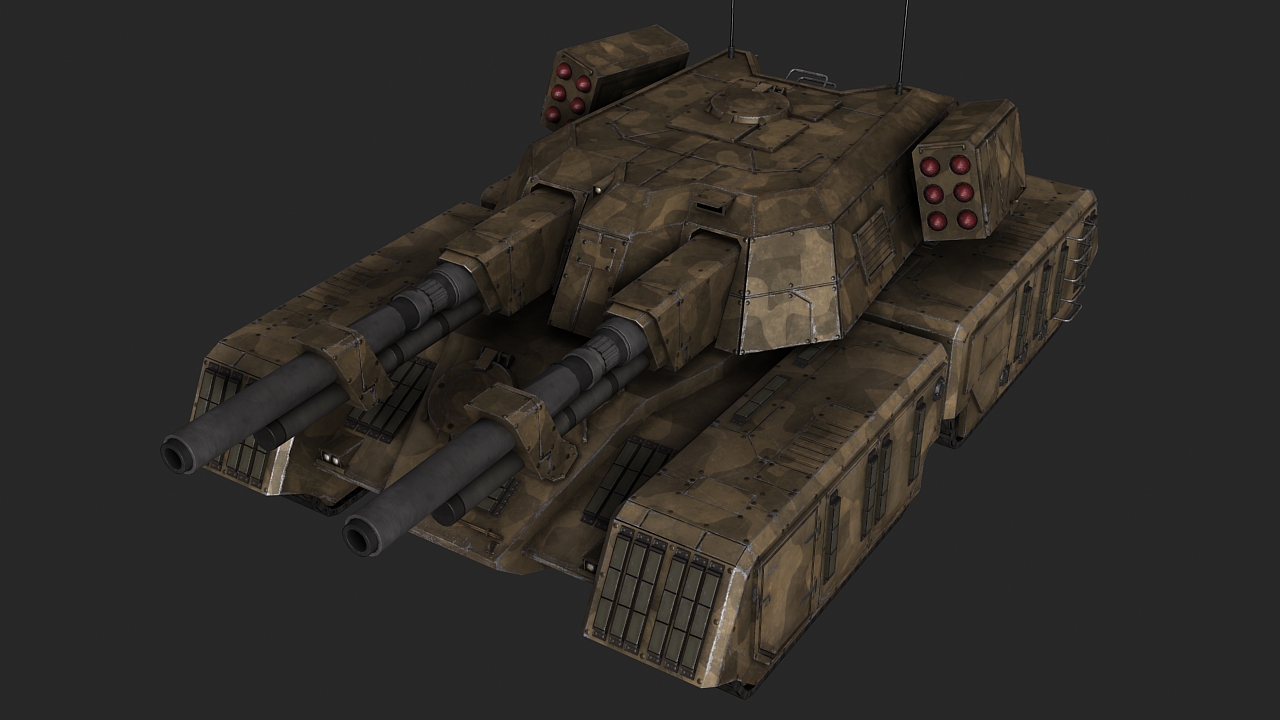 Mod of the Year Awards! 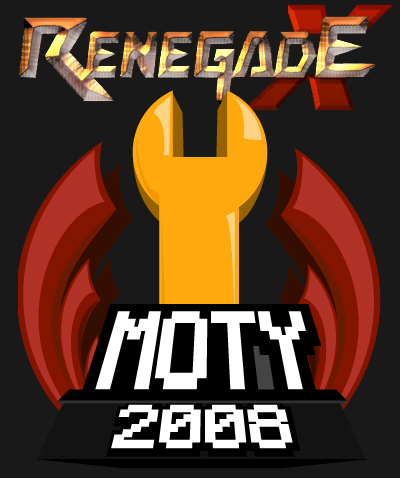 It's that time again. If you've enjoyed today's media, then we need your help.

Vote Renegade X for the MOTY. We will first have a top 100 phase, in which we must reach before hitting phase 2. We will then be voting on which mod deserves the unreleased MOTY award. And if you've already voted for a mod, you can actually vote again.

The number one question we get on all venues is, "When will the mod come out?". The only answer we've been giving is "It's done when it's done". For an FPS total conversion, Renegade X is progressing very quickly. The team is constantly working at all times, and considering UT3's only been out for a little over a year, we've got a lot ingame.

The team would like to announce the contents of its first beta.

The content of our first release has been debated before - we want to get you this mod as soon as possible, but at the same time we would also like to take the time to complete enough content for it to play like the original game. The list is in no way final, and should not be thought of religiously, but our first release will generally feature the following:

The missing content will be made up through patches, as well as glitch fixes and new features. Don't expect to see ALL of the features we've announced in the first beta release - the majority of it will be added as we get things done. As for the infantry we've chosen to be a part of the first beta, we've chosen the infantry that best shape the Renegade experience, which will still create a variety of pretty much everything you will need ingame.

We've not announced a release date, nor will we. The team behind this mod is working purely on its free time, and we could never guarantee how much free time we'll get per week. Your estimates on release are just as good as mine, you all know what is finished so far, and we are always informing you all on progress and what we're working on.

Be patient, and pay close attention to our next progress updates, because you never know when we'll come out and say "hey guys, the mod's done, have fun". Neither do we, so stop asking :)

That's it for now!

Be sure to visit www.renegade-x.com and keep track of more exciting updates, and remember to vote Renegade X for mod of the year!

The trailer is just epic.
Makes my heart bumping and jumping. ;)

Looks better than ever! You've got my vote for MOTY.

Its a remake of CnC Renegade on the Unreal Tournament 3 game engine. All you'll need is UT3 to play it.

Second epic trailer since the one with Kane in it