Renegade X 0.40 is now available! Check out the new version, as well as a new trailer, pictures, and news about the UDK!

Welcome to the third Renegade X release version. Renegade X is the Command & Conquer mod for Unreal Tournament 3 and, as promised, we opened the doors of our 0.35 beta to the public on September 30th. Since then, we've released the 0.36 beta, and today we are opening our doors to the third phase of Renegade X. The 0.40 beta is now available!

IMPORTANT NOTE!!!!: You do NOT need any previous version of Renegade X to play the 0.40 beta! It is a totally new build, and it doesn't depend on any older betas or patches.

If you would like to play Renegade X version 0.40, it is important that you consider the following:

1. You must have a legal copy of Unreal Tournament 3. If you don't have it yet, it can be found for extremely reasonable prices on Steam and most game stores.
2. You must have the latest Unreal Tournament 3 patch applied to your game. If you have UT3, and have not yet patched it with the latest UT3 patch, then please download it here: Udn.epicgames.com NOTE: If you bought the Unreal Tournament 3 Black Edition from Steam you do NOT need this patch (it's already included).
3. You must remove any previous versions of Renegade X from your computer. Go to your "My Documents\My Games\Unreal Tournament 3" folder, and delete the "Renegade" folder before you install Renegade X 0.40.
4. Download the Renegade X 0.40 beta.
5. Run the installation to fully install this version of Renegade X.
6. Create a shortcut to the mod. If you are unable to launch the Frontend (Server Client) application, the reason is because you do not have .NET frame work 3.5 installed. However, you can still run the mod by creating an Unreal Tournament 3 shortcut, and in the Properties target line, simply add " -mod=..\Renegade -solomod" minus the quotes at the end. Playing the mod in "Instant Action" also requires this same short cut.

Renegade X 0.40 Changelist
Below is a link to the current changelist from the 0.36 to 0.40 builds. Notable changes include the new radio command system, a new map, a new infantry class, and oh so much more. Check it out!

Renegade X November Launch Trailer!
It's been a while since we've released an epic gameplay trailer. This short 1 minute and 18 second trailer sums up the action and excitement that is Renegade X. What are you waiting for?!?! 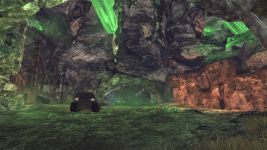 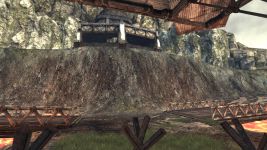 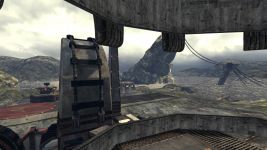 A new map featured in Renegade X 0.40 is our remake version of Volcano. Check it out!

The UDK is essentially a free version of the Unreal Engine 3, available for developers worldwide. The kit includes the most updated version of the award-winning engine, with all of the necessary editors and tools to create standalone games. Everything from the ease of use and flexibility of the engine, all the way up to the visual elements have been greatly enhanced in almost every possibly manner.

With the UDK, any developer can make standalone games, without paying a cent. There is also a commercial version of the UDK: simply pay $99 USD, and you can create and sell your own games. The first $5,000 will go straight to the developer - after that, 25% of the proceeds will go to Epic Games. Not only is this great for small developers, but it's a very intelligent business move on Epic's behalf.

The usage of the UDK is totally free, and Renegade X, like many other mods, plans to take advantage of this great kit.

Since this is all new to us, we can't quite say much yet. But what I can say, is, there is a great chance Renegade X will become a standalone game in the future. Still freeware, obviously, this isn't going commercial due to its C&C themes, but a standalone Renegade X means you will no longer need UT3 to play it.

The process could take months, so our plan is to release one or two more versions of Renegade X for Unreal Tournament 3 in the near future (so don't worry, C&C fans, your UT3 did not go to waste ;)). We will then spend as much time as it takes trying to port everything to the UDK and building some of the coding from scratch. It may take some time, but in the end, a standalone version of Renegade X is entirely possible, and by the time that happens, you can expect a lot of new, cool features.

Havoc
The rough n' tough Commando is back and ready to rock and roll! Some of you may have noticed that we're using a temporary "Havoc model" ingame in the past few versions of Renegade X. We are happy to present to you the recreated concept of the main character, Captain Nick "Havoc" Parker! 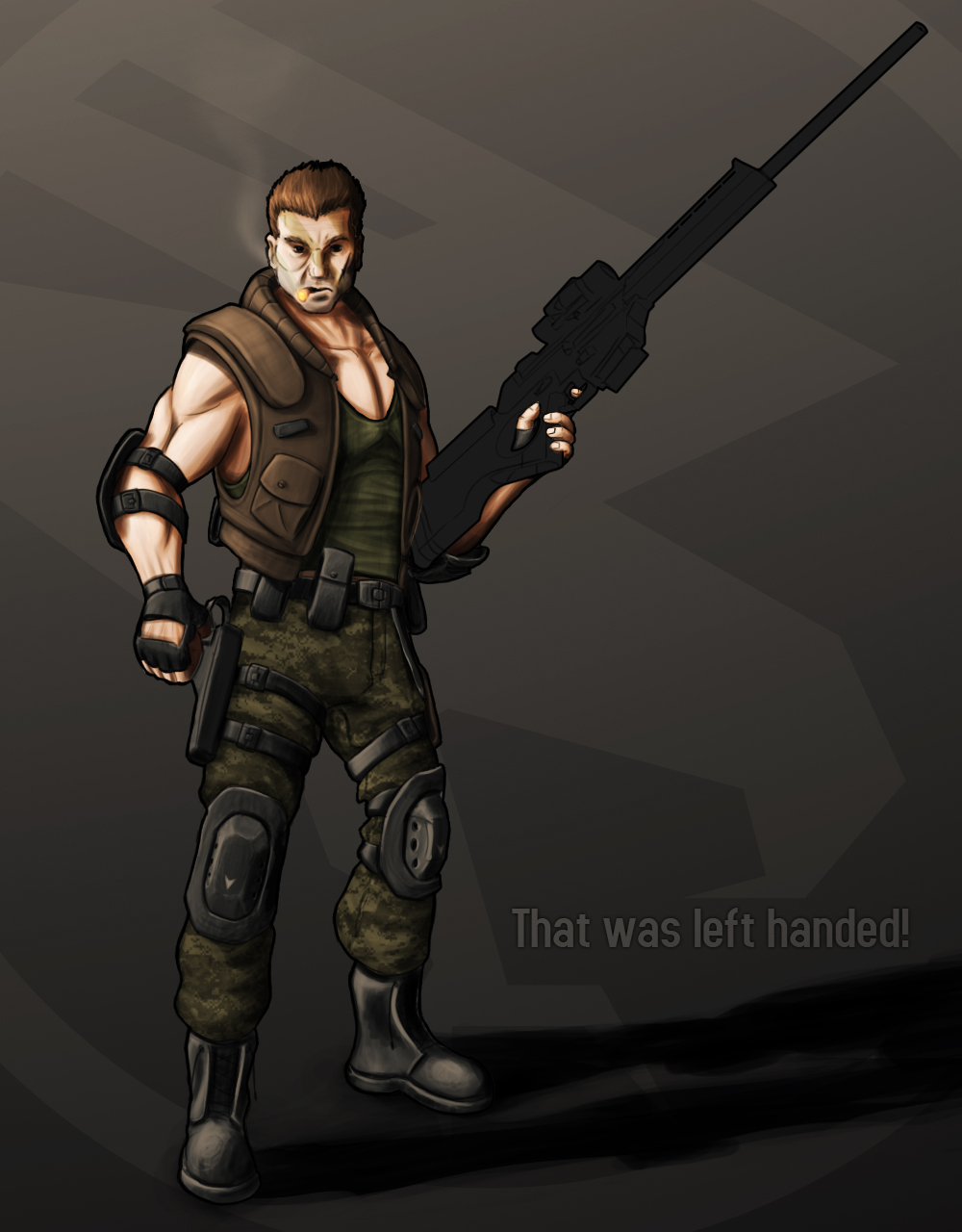 We will unveil the model when it is complete. 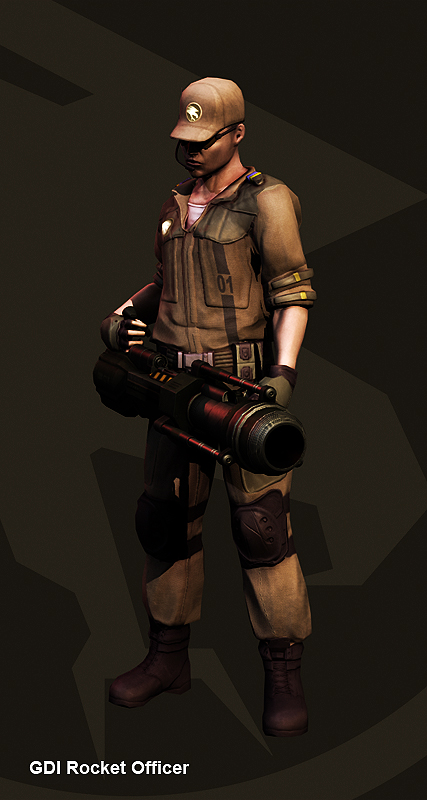 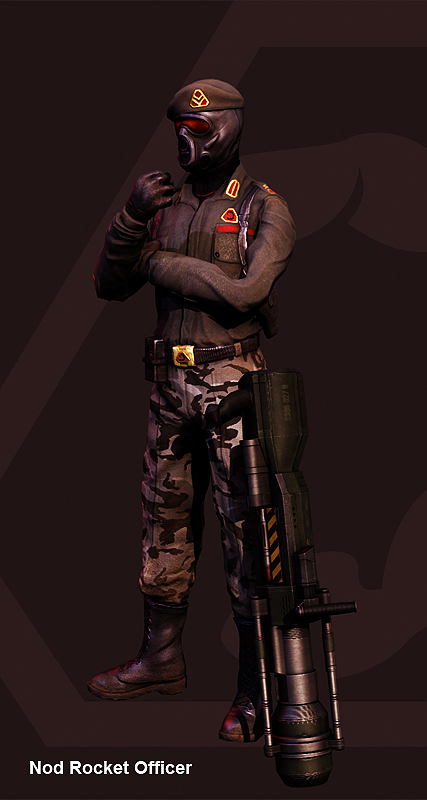 Dev Night
We will be hosting a Dev Night next weekend. On November 21st and 22nd, the developers of Renegade X (Totem Arts) will be joining the 0.40 public servers for a game. The projected time for both days, which are next Saturday and Sunday, is 3:00pm EST. You're all invited - if you'd like to take part in this event, keep your eyes open for more news, and be sure to get the 0.40 beta up and running.

A bit lame that this was approved so much later in the day, allowing 7 other news items to be ahead of it just minutes after its approved.

Oh well. Thanks a lot for your help ModDB, we appreciate it.

Ah don't sweat too much, we're up top in theat headlines banner :).

That's why people are able to 'ModWatch' :P

mod watch... i bet not alot can't be arsed

When will there be bots?

This could change when they go standalone I guess...

There are plently playing. You have to give other people time to get the patch too...

cool character models. The arms on the Nod Rocket Officer look a bit strange though.

Yeah sadly there are rarely any players online....

If there's nobody online, then join a server and play. I'm sure someone else will show up in about 5-15 min depending on the time of day. Me an some other developers did that last night and within an hour we had a 12 person game going.

Tried that already, no luck.
I'm from Germany btw, so my gaming time probably rarely overlaps with that of players from the US.

At the time of this post, there are 26 people ingame.

Keep it up, I'd love to see this go standalone :D

Oh...I don't know if this is an issue on my PC, but I can't refresh the server list atm...

We had another 20-man match tonight!

Yeah it was great besides my internet having to take a crap. My ISP was having issues so I was getting 990 ping in those games :P

what is the official statement about copyright btw. ea still owns the rengade name, and u guys wont able to make it a proper retail game after wining the msu.

Who said we're winning the MSU? :)
And yes, we won't be able to make Renegade X a retail game, we are well aware of that. However we can make it a standalone free game.

[NE]Fobby[GEN]:
Who said we're winning the MSU? :)
And yes, we won't be able to make Renegade X a retail game, we are well aware of that. However we can make it a standalone free game.


I'm sure that EA wont shut you guys out, if you know what I mean coz EA dont care that much about mods that are releated to there games, they say that they can learn from modders to make the game more perfect for people, unless microsoft gamestudios they tough "omg no a halomod for C&C EA will get all the money shut it down shut that mod down!" so I'm sure that ea dont stop the process of Renegade X you guys also made it every time in the mod spotlight so why the hell should EA stop the process on this mod?

I'm not saying EA will shut us down, I'm saying selling Renegade X for money is illegal, and EA has already made this clear for us. Giving it for free though it totally fine and there shouldn't be any problems.

I'm so gonna get this

shame that I dont have Unreal Tournament

in a future version you wont need it